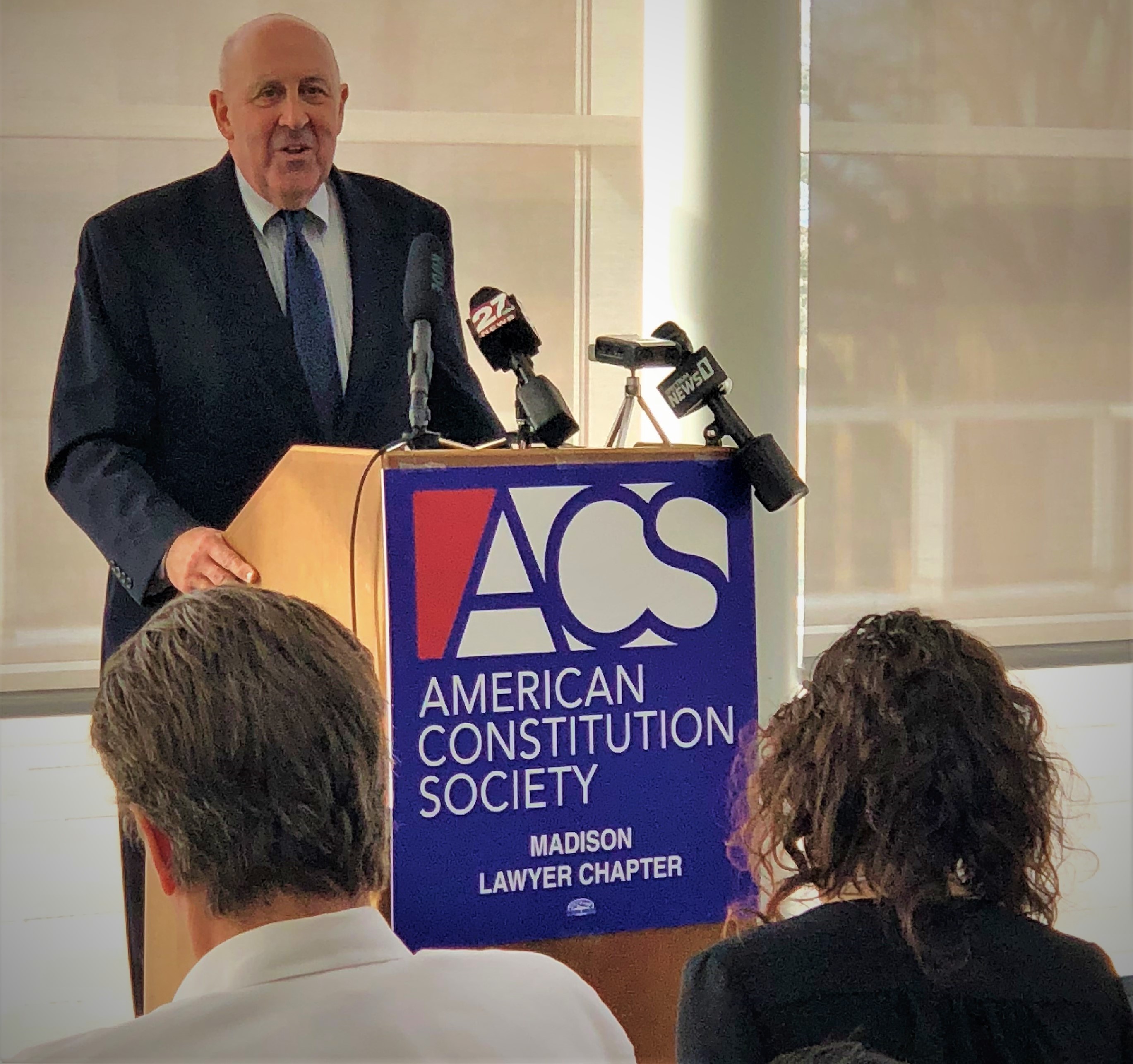 UPDATE: Two judges have blocked parts of the legislation passed during the lame-duck session.

The rule of law is under attack in Wisconsin. Republican lawmakers in the state legislature have pushed and are passing several bills to curtail the powers of Governor-elect Tony Evers and new Attorney General Josh Kaul.

These proposals undermine cherished, foundational principles of democracy and separation of powers. And there are so many different proposals in these bills that it can be difficult to focus on how radical individual components truly are.

The American Constitution Society was founded, in the wake of the U.S. Supreme Court’s Bush v. Gore decision, to stand up in moments like these, to defend the rule of law. And because we are an organization of lawyers, we organized a press conference to highlight the unprecedented efforts to privatize the vital functions of the attorney general’s office. That doesn’t mean we’re unconcerned with the attacks on the governor’s office as well. But we cannot allow these sweeping changes to the Attorney General’s function, and to the rule of law in Wisconsin, to go unchallenged.

At the press conference quickly organized by the ACS Madison and Milwaukee Lawyer Chapters while the legislation was being debated across the street at the State Capitol, Jim Doyle, who served for 12 years as Wisconsin’s Attorney General and 8 years as Wisconsin’s Governor, described the current legislative proposals as “quite unprecedented” and slammed them as “unconstitutional violations of separation of powers.” Doyle hammered home that representing the State in litigation is an executive, rather than legislative function:

"It’s not the Legislature or the Joint Finance Committee that goes into court to represent the state of Wisconsin. It is the Attorney General."

Contrary to that fundamental principle, the legislation the lawmakers are proposing would, among other things:

These proposals are incompatible with the Attorney General’s role as Wisconsin’s Chief Legal Officer. They seek to divest the Attorney General of his authority in that position and instead hand that power to private lawyers, who do not answer to the public, even as they are paid with public funds.

"Why even have the position of attorney general if they are allowed to practice law only when a Republican holds the position?"

In Madison yesterday, Governor Doyle was the perfect person to speak out, having taken over both the Attorney General’s and Governor’s offices from predecessors of the opposing party. He described how each predecessor graciously worked with him to ensure smooth transition of government for the people of Wisconsin. Moreover, he highlighted concerns, among many, about the Attorney General’s practical ability to evaluate cases and participate in multi-state lawsuits if this authority is taken by the legislature and farmed out to an unelected attorney acting on behalf of the legislature. Additional separation of power issues are obvious and myriad in nature – this crisis is indeed constitutional.

The Madison and Milwaukee lawyer chapters of ACS are adding our collective voices to those raised all over Wisconsin saying that this is an affront to our democratic system of governance and to the people of Wisconsin.