The Trouble with So-Called “Gang Databases”: No Refuge in the “Sanctuary” 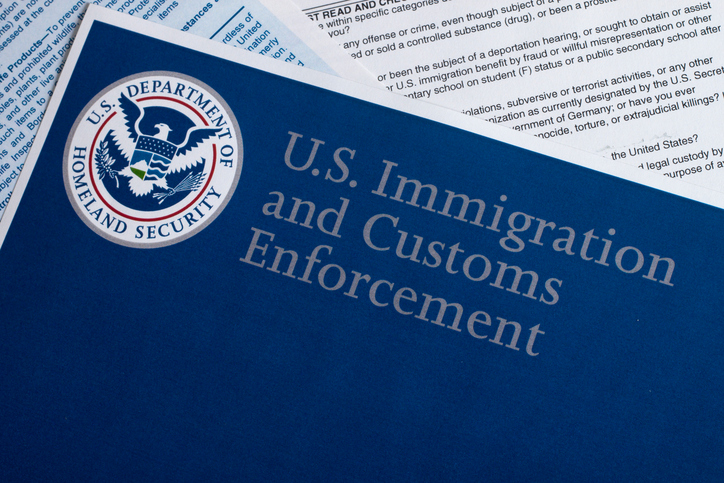 I have been asked to testify in Immigration Court here in Boston several times in as many weeks on behalf of undocumented immigrant teenagers, all Hispanic and from El Salvador, who had been “verified” as gang members, purportedly belonging to either the 18th Street or MS-13 gangs. These teenagers had been “verified” as gang members in a “Gang Assessment Database” maintained by the Boston Regional Intelligence Center, aka the “BRIC,” a fusion center operated and maintained by the Boston police department (Full disclosure: I was a Boston police officer for 27 years).

All were in deportation proceedings in Immigration Court, hearings based in large part on their supposed “verified” gang membership. Immigration and Customs Enforcement (ICE) agents had determined that these young men were in fact dangerous gang members who warranted immediate removal from the United States.

I am no expert on gangs, gang membership, gang identifiers, or gang activities. But I do have expertise in the types of data and information that can be legally entered into criminal intelligence databases, such as the BRIC’s Gang Assessment Database, and it was for this reason that my testimony was sought in Immigration Court. The operation of Criminal Intelligence Systems, such as the BRIC’s Gang Assessment Database, are governed and regulated by federal law as embodied in what is known as 28 CFR Part 23. The Code of Federal Regulations (CFR) is essentially the codification of the rules and procedures for the administration of the federal government; they cover 50 areas and are published annually in the Federal Register. Interjurisdictional Intelligence Systems and Criminal Intelligence Systems, such as those maintained in fusion centers like the BRIC, are required by federal law to be 28 CFR Part 23 compliant. The Gang Assessment Database maintained by the BRIC is in large part non-compliant with 28 CFR Part 23 and is thus in violation of the applicable federal rules as contained in the regulation.

Information concerning an individual may be “collected and maintained” in a Criminal Intelligence Database, “only if there is reasonable suspicion that the individual is involved in criminal conduct or activity and the information is relevant to that criminal conduct or activity.” The regulation further clarifies and defines reasonable suspicion and “criminal predicate”:

Reasonable Suspicion or Criminal Predicate is established when information exists which establishes sufficient facts to give a trained law enforcement or criminal investigative agency officer, investigator, or employee a basis to believe that there is a reasonable possibility that an individual or organization is involved in a definable criminal activity or enterprise.

Gang membership is “verified” by the BRIC using a point system that assigns “points” for various criteria that, when met, purport to attest to gang membership. When ten points are assigned in the BRIC system, the individual is “verified” as a gang member. While there is no agreed upon national standard that has been definitively established to determine gang membership (the DOJ provides guidance in this area), these point systems are commonly used by law enforcement agencies nationwide.

The problem is that many of the criteria that are used to “verify” gang membership do not meet the definition of reasonable suspicion or criminal predicate as defined in 28 CFR Part 23. As such, these “identifiers” should not be collected and maintained in a Criminal Intelligence Database such as the BRIC’s Gang Assessment Database. The teenagers who were subject to deportation in the hearings where I testified were “verified” for simply being seen in a photograph wearing a certain baseball hat, having a particular tattoo, or having a picture taken or being seen with another person who was a “verified” gang member. One was with a friend who was assaulted by other “known gang members” and given eight “points” in the database. Simply having a “contact” with a “known gang member” or being a “victim” of a “rival group” can get you verified as a gang member.

One of the primary issues of concern with gang databases is that they too often provide no foundation or support for the contentions and representations that the intelligence they collect is reliably indicative of gang activity, instead presenting the information as a priori determinative of gang membership. 28 CRF Part 23 requires that those collecting and maintaining information in the gang database are “responsible for establishing the existence of reasonable suspicion of criminal activity…through examination of supporting information submitted by a participating agency.” In all of the gang packets that I reviewed, that were prepared by ICE agents based on information that they received from the BRIC, there was little if any of the required “supporting information.” These gang packets are presented in Immigration Court as prima facie evidence of gang membership, and the Court, in making decisions regarding bond, asylum, and deportation, is too often relying on information that has not been substantiated and is both unreliable and untrustworthy.

Thus, the police present verification as a gang member as a fait accompli for simply wearing a particular type of hat or being seen with another individual who the police believe is in a gang or being “named in documents as a gang member,” (not sure what “documents,” but eight points) or “participation in publications” (whatever that means, eight points). In this way anyone, including me I suppose, can be “verified” as a gang member. This is particularly troubling because, owing to the current zeitgeist, the consequences of being perceived to be a gang member are substantial, and may include being removed from the country and being literally dropped into a perilous predicament with a potential for a grave and violent outcome.

Boston is a so-called “sanctuary city,” yet its police department is actively collaborating with ICE to facilitate the removal through deportation of those whom it may have erroneously identified as gang members, in what may be an “end run” around the sanctuary mission that the city publicly embraces. And this is hardly unique to Boston and its BRIC Gang Assessment Database; databases in New York, Chicago, and Los Angeles are similarly non-compliant. Nonetheless, this remains cause for concern if not alarm, given the current tenor regarding both documented and undocumented immigrants.

Thomas Nolan has been an Associate Professor in Criminal Justice at Boston University, the State University of New York at Plattsburgh, and Merrimack College. He was a Senior Policy Advisor at the Office of Civil Rights and Civil Liberties in the Department of Homeland Security in Washington, DC, and a 27-year veteran (and former lieutenant) with the city of Boston police department. www.thomasnolan.org