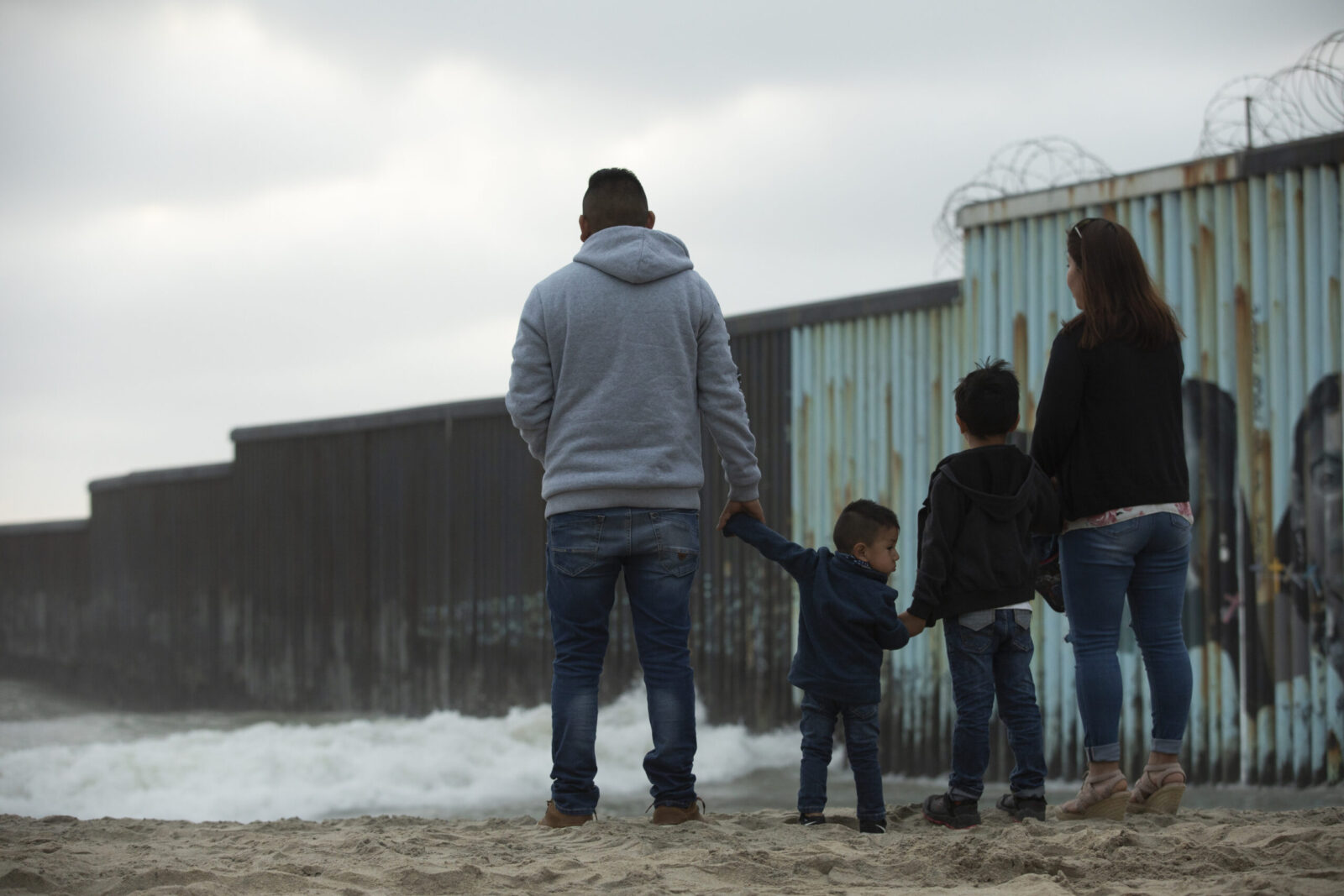 On Tuesday, the Supreme Court heard oral arguments in United States v. Texas, which involves a challenge to a memorandum titled “Guidelines for the Enforcement of Civil Immigration Law” issued by the Secretary of Homeland Security on September 30, 2021, and commonly known as the “Mayorkas Memo.” As background, the Mayorkas Memo provides guidelines on prosecutorial discretion, which in the immigration space refers to the how and whether the agency or Department of Homeland Security (DHS) will take enforcement action against a person or group of people. When DHS chooses to not file a charging document against an undocumented mother who is a primary breadwinner for her family, it is choosing to exercise prosecutorial discretion favorably. This kind of discretion operates at every stage of immigration enforcement, including before and after an arrest, charging decision, removal proceedings, appeal and after a removal order has been entered. The Mayorkas Memo reaffirms the legal authority and principles of prosecutorial discretion and goes on to list three priorities for immigration enforcement: public safety, national security, and border security. The legal authority for prosecutorial discretion and duty for DHS to set priorities has been affirmed by Congress, courts, and the executive branch.

The state of Texas and Louisiana filed a lawsuit in the Southern District of Texas claiming that the Mayorkas Memo is contrary to law, arbitrary and capricious under the Administrative Procedure Act, and procedurally irregular. In June of this year, the district court agreed with the states and vacated the Mayorkas Memo. The Biden administration filed an appeal to the Fifth Circuit Court of Appeals and an application for a stay pending appeal, but the appellate court denied this application. In July, the Biden administration filed an application to the Supreme Court asking it to stay the order issued by the district court. The Supreme Court refused to do so but granted certiorari. The Court asked the parties to answer three questions:

During oral arguments, the justices focused on all three of these questions with equal animation. This post highlights only a few of these questions and colloquies. On standing, Solicitor General (SG) Prelogar, representing the United States, argued that the states lack standing and under their theory would meet the standard with a “one dollar” injury. Or as Justice Kagan posed later in a question to Texas Solicitor General Stone, representing the states: “General, do you think that there's any immigration policy that you could not challenge under the way you view standing? … I mean, every immigration policy, you let in more people, you let in fewer people, is going to have some effect on a state's fiscal condition. Maybe they'll get less or more tax dollars. Maybe they'll have to spend less or more money. I mean, every single immigration policy. And then, you know, not to mention all the other policies in the world that if a state comes in and says, ‘I got a dollar's worth of costs that I can show you.’”

On remedies, SG Prelogar focused on the scope of 8 U.S.C. § 1252(f)(1) (a statute that limits the types of remedies lower courts can make) arguing that it does cover vacaturs or the kind of action taken by the district court. She cast the limits of this provision as a jurisdictional one. General Stone cast the same statute as more limited.

On the merits, the justices focused on the two detention statutes 8 U.S.C. § 1226(c) (pertaining to the mandatory detention of certain criminal noncitizens) and 8 U.S.C. § 1231(a) (pertaining to the detention and removal of those who have been ordered removed). One discussion point during the argument centered on the use of “shall” in those statutes—as in the "shall take into custody" language in § 1226(c). But Justice Barrett noted that this "shall" language was joined by language connoting discretion in § 1226(a), which states that a noncitizen "may be arrested and detained pending a decision" on the whether the noncitizen "is to be removed from the United States." The combination of "shall" and "may" makes sense under the government's reading of these subsections, which was explored by Justices Sotomayor and Barrett: the government "may" choose to start removal proceedings, but the statute does not require that the government do so. However, once the government initiates removal proceedings, it shall detain the noncitizens listed in § 1226(c). Indeed, General Stone, acknowledged that the government could decide to decline to start removal proceedings regarding any noncitizen or could terminate them at any time. At that point, General Stone recognized that the government no longer had a duty to detain that noncitizen.

When asked by Chief Justice Roberts for her views, SG Prelogar explained that, in light of this common-sense reading, it would be “wrong” to state that “shall means shall” and described the practical impossibility of enforcing it. She also later mentioned the number of “shalls” throughout the Immigration and Nationality Act and how transforming them into mandatory provisions would be unworkable.

On the role of prosecutorial discretion in immigration, Justice Sotomayor pointed to the 1999 Supreme Court case Reno v. ADC authored by the late Justice Scalia and conclusion that this discretion applies at every stage of immigration enforcement including whether to charge a person, place them in removal proceedings, or execute a removal order.

The oral arguments also included a discussion about the scope of the Mayorkas Memo. The Mayorkas Memo focuses on the apprehension and removal of noncitizens. And yet the focus of the litigation was on two detention statutes. SG Prelogar underscored this point when stating “And let me be really clear about how the Guidelines operate with respect to detention. They don’t govern the question of continued detention at all. They’re focused on apprehension and removal, and therefore when DHS officers have someone in custody and --- there are pending removal proceedings, the Guidelines leave it to the statute to dictate those kinds of detention decisions…”

The oral arguments were not only animated but also replete with ping pong dialogue between the justices and the advocates. And yet, some core concerns surfaced. First, there is a concern about the allocation of power. This lawsuit has now for the first time called the question: who controls the direction of prosecutorial discretion–states and courts or the executive branch? A second concern is practical: If the states are successful, does the government have the resources to identify, detain, and deport every noncitizen who falls under the mandatory detention statutes or to spend the resources that might be required when mistakes are made?

Importantly though and tied to the resource arguments raised during oral arguments, prosecutorial discretion is inevitable, so it does not stop functioning with litigation. For example, an arm of the Immigration and Customs Enforcement (ICE) known as the Office of Principal Legal Advisor (whose lawyers represent the government when a noncitizen is in removal proceedings) has acknowledged their ability to “consistent with longstanding practice—exercise their inherent prosecutorial discretion on a case-by-case basis during the course of their review and handling of cases.”

So, what now? Even with the inevitability of prosecutorial discretion and a pending outcome in the Supreme Court, I remain concerned about the current landscape where there is no single guideline on prosecutorial discretion. What kind of message does this send to immigrants and their families? Without any formal guidance in effect to guide prosecutorial discretion in immigration enforcement, how different is our landscape from a previous administration that issued breathtaking priorities and warned that anyone in the country without authorization is at risk? What is the message to local ICE officers? Does it change the way local offices and officers behave so that people previously shielded from deportation while the Mayorkas Memo was in effect are now at greater risk? Finally, the presence and outcome in this case may also impact transparency. Will agencies engage in more rulemaking or instead be more resistant to publishing or announcing guidelines?

More than 20 years ago, I handled my first prosecutorial discretion case with a now abolished agency known as the Immigration and Naturalization Service. It was a pivotal point in my career and later a foundation for a body of scholarship and my first book on the historical role of prosecutorial discretion in immigration law. The challenge in this case represents a striking departure from the history, law and application of prosecutorial discretion in immigration for more than a century. There is nothing remarkable about the Mayorkas Memo and yet the courts have singled it out. If history, law and precedent prevail, so too will the elements of the Mayorkas Memo and the important role DHS plays in setting priorities and exercising discretion. 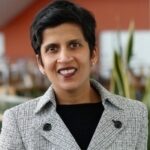