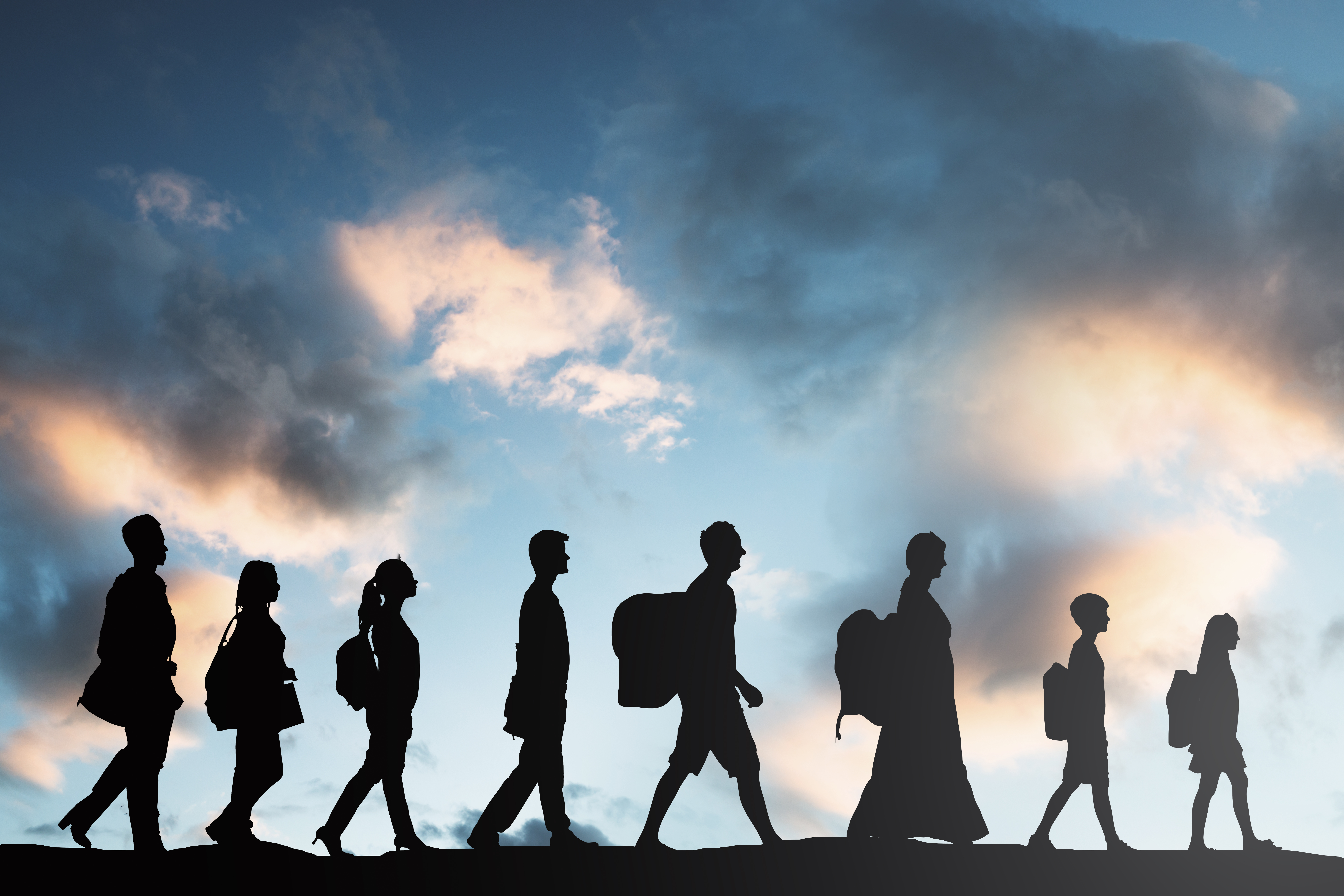 As a protest against the lawless seizure of a person, the ancient writ of habeas corpus is both an impediment to unlawful detention and a defense against the arbitrary exercise of power.  Habeas corpus is inscribed in the Suspension Clause of the U.S. Constitution, providing that “the privilege of the writ of habeas corpus shall not be suspended, unless when in cases of rebellion or invasion the public safety may require it." While U.S. courts have long maintained the legal fiction that deportation is not a “punishment” (see, e.g., Nikolaev v. Weber), the considerable constraints on individual liberty and family integrity imposed by the detention and deportation of undocumented immigrants are undeniable.  The penal quality of the statutory framework for U.S. immigration enforcement is all the more real to individuals impacted by fluctuating deterrence policies at our Southern border since 2016.  In the face of higher and compounding barriers to protection, asylum seekers today are at increased risk of unlawful denials of their rights to humanitarian protection and non-refoulement.  Just as it does for those facing wrongful convictions and unfair trials, habeas corpus safeguards the liberty of those facing wrongful deportations and unfair denials of asylum.  The Ninth Circuit’s decision last Thursday in Thuraissigiam v. U.S. affirms habeas as a bridge to asylum in the United States for individuals who flee and fear persecution.

On March 7, the Ninth Circuit ruled that asylum seekers facing deportation have the right to challenge the summary denial of their asylum claims in federal court.  The ruling in Thuraissigiam applies to individuals who have failed to establish a “credible fear of persecution” in expedited removal proceedings conducted at the border.  The Ninth Circuit found unconstitutional the statutory provision barring habeas relief for final orders of deportation.  While the panel members “d[id] not profess to decide in this opinion what right or rights Thuraissigiam may vindicate via use of the writ,” they upheld the right of rejected asylum seekers in expedited removal proceedings like petitioner to enhanced access in the federal courts to relief from unlawful deportation.  Thuraissigiam is a bell-weather decision because it affirms the due process rights of asylum seekers under U.S. law in the very historical moment in which they face ever heightening impediments to international refugee protection in the United States.

Since ratifying the Protocol Relating to the Status of Refugees in 1968, the United States has recognized the right of refugees to seek asylum from persecution. The U.S. government also acknowledges that it may not forcibly return refugees to persecution (Refugee Protocol, art. 33, norm of non-refoulement).  These international rules – the refugee’s right to seek asylum and the U.S. obligation not to deport refugees to persecution – were incorporated into U.S. law in the form of the 1980 Refugee Act (8 USC 1158(a) and 8 USC 1225(b)).  Alongside the right of asylum and the bar on refoulement, both U.S. law and international law further recognize that refugees cannot be disfavored because of the circumstances in which they seek asylum, including the lack of valid identity and travel documents or the irregular manner in which they cross a border, since such is the nature of flight from persecution.  Under the Refugee Protocol, states “shall not impose penalties, on account of their illegal entry on refugees” (art. 31).   The prohibition against penalizing undocumented refugees is incorporated into U.S. law in the Immigration and Nationality Act provision permitting refugees to apply for asylum “whether or not at a designated port of arrival” (8 USC 1158(a)(1).

Despite acknowledging the right of refugees to seek asylum in irregular circumstances, over the past 40 years undocumented asylum seekers in the United States have faced a succession of additional hurdles in making their asylum claims.  Since the 1996 amendments to the Immigration and Nationality Act (INA), expedited removal proceedings have been the rule for individuals apprehended at U.S. border crossings without valid entry documents.  In particular, the INA (8 USC 1225(b)) requires asylum seekers in expedited removal to meet a threshold test for asylum before gaining access to immigration court.  Thus asylum seekers stopped at ports of entry or who surrender themselves to Border Patrol officers upon or after crossing the border are required to establish a “credible fear” of persecution (8 CFR sec. 208.30(e)(2)), but asylum seekers who are denied at the “credible fear” stage – unless they are successful in on-the-spot supervisory appeals or in summary review by an immigration judge – will be expeditiously deported.  Asylum seekers who fail to pass through the gateway of credible fear are deported without ever having the opportunity to fully establish their claim for protection from persecution in immigration court.

Credible fear and expedited removal procedures risk offending the spirit of the international prohibition against penalizing refugees for the very exigent circumstances in which they flee.  But errors in expedited procedures – where bona fide refugees are mistakenly found not to have a credible fear – result in the violation of U.S. law while offending the international prohibition against forcible return to persecution (INA section 235(b) and Refugee Protocol, art. 33). Such risks have been the reality for asylum seekers at our Southern border for over 20 years. But alongside this longstanding and complex regulatory framework, administration actions by the Trump Administration have further complicated asylum seekers’ efforts to access their right to humanitarian protection in the United States.

Newer impediments to refugee protection in the U.S. include two executive orders currently enjoined by federal courts: one purporting to limit asylum claims to authorized ports of entry; and another requiring Southern border crossers to “wait in Mexico” while their asylum claims are adjudicated. Recent policies purporting to burden asylum seekers also include a 2018 US Attorney General directive, successfully challenged in federal court, disfavoring asylum claims based on domestic violence and gang-related violence. Compounding such challenged executive actions, asylum seekers must also adjust to shifting enforcement trends by some Border Patrol officers: such as the arbitrary establishment of limits on the number of individuals who will be processed for asylum at particular entry points on particular days; or the provision of misinformation to asylum seekers improperly advised that asylum applications from particularly countries are no longer being processed at particular border crossings.

Thuraissigiam comes in response to this plethora of longstanding and more recent provisions and policies burdening the right to seek asylum.  Vijayakumar Thuraissigiam was denied the opportunity to establish the full merits of his asylum claim due to a determination that he lacked a credible fear of persecution in the context of his expedited removal proceedings. The ACLU Foundation and ACLU Immigrants’ Rights Project of San Francisco, New York, and San Diego brought suit in federal court on his behalf.   In finding for Mr. Thuraissigiam, the Ninth Circuit establishes the right of asylum seekers in expedited removal proceedings to an essential measure of due process through the constitutional writ of habeas corpus.