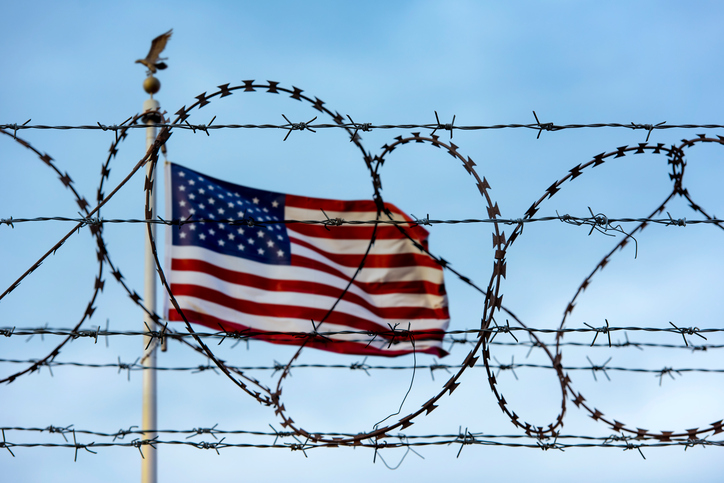 On June 26, 2018 the Supreme Court issued a 5-4 decision in Trump v. Hawaii. The majority opinion was issued by Chief Justice John Roberts and involved the legality of a proclamation known as the “travel ban.” Two earlier versions of the ban were issued as executive orders were challenged successfully in court and then either were revoked or expired.

The Immigration and Nationality Act was passed by Congress in 1952 and has been compared second in complication to the US tax code. In all three versions of the ban, the President relied on a section of the immigration statute known as Section 1182(f), which allows a president to suspend the entry of any noncitizen or class of noncitizens if such entry “would be detrimental to the interests of the United States.” When Congress amended the statute in 1965, it removed the national-origin-based quotas and created a nondiscrimination clause in Section 1152(a) to underscore that “no person shall receive any preference or priority or be discriminated against in the issuance of an immigrant visa because of the person’s race, sex, nationality, place of birth, or place of residence.” Both sections 1182(f) and 1152(a) are relevant to Hawaii v. Trump.

The two main cases challenging Travel Ban 3.0 came from Hawaii and Maryland. The plaintiffs were successful at both the district courts and the appellate courts. Strangely, the Supreme Court allowed the full version of Travel Ban 3.0 to go into effect before the appellate courts made a decision and before its decision on June 26, 2018. In the majority opinion, Chief Justice Roberts found that the ban falls within 1182(f) which itself is a broad statute. He stated that the plain language of Section 1182(f) “exudes deference to the President in every clause.” The court found that the President had fulfilled the “sole prerequisite” of the statute that the entry of the covered nationals “would be detrimental to the interests of the United States.” The court also rejected the plaintiffs’ argument that the nondiscrimination clause in Section 1152(a) cabins the authority of the president to exclude nationals from whole countries. The court aligned with the government’s position that the language of “entry” in Section 1182(f) is distinguishable from the “visa issuance” process covered by Section 1152(a). In my opinion, this mechanical point promotes a distinction without a difference. Blinking that reality only ushers in what Congress feared: a de facto national-origin quota system like the quotas that Congress decisively rejected when it reshaped immigration law in 1965.

The majority in Hawaii v. Trump also found that the proclamation does not violate the Establishment Clause. Looking at the text and “extrinsic evidence,” Chief Justice Roberts found that the proclamation was based on a legitimate purpose “preventing of nationals who cannot be adequately vetted and inducing other nations to improve their practices.” Justices Kennedy and Thomas agreed with the opinion but had additional views. For example, Justice Thomas held that the President does not need 1182(f) to issue his proclamation because he has “inherent authority” to do so. In his dissenting opinion, Justice Breyer was critical about the proclamation’s waiver process and argued that the waiver process is more like “window dressing” and confirmed this through data points, a sworn affidavit from a consular officer and case stories contained in various amicus briefs filed in connection with Hawaii v. Trump. Justice Sotomayor issued a compelling dissent and concluded that the proclamation was motivated by anti-Muslim animus.

Where do we go from here? Because the ban has already been in full effect, America has already witnessed devastating consequences, including hundreds of families separated. Iranian parents have lost the opportunity to visit the United States to see their child graduate. Syrian students courted by a university for years have missed the chance to obtain a visa and study in the United States. Yemeni husbands have been stranded in Djibouti unable to reunite with their American wives and children in the United States because of a civil war in Yemen and refusal by a consulate to issue a visa. I have personally witnessed each of these scenarios in my work, and the feeling has been nothing short of heartbreak.

While the case in Hawaii v Trump is viewed as a significant setback for immigration attorneys and those (myself included) who view the proclamation unlawful for either constitutional or statutory reasons (or both) the Supreme Court issued a more positive decision in the case of Pereira v. Sessions. The issue in the case was, “Does a ‘notice to appear’ that does not specify the ‘time and place at which the proceedings will be held,’ trigger the stop time rule?

First, some terminology: The notice to appear (NTA) refers to the charging document drawn by the government and served on the individual in connection with removal (“deportation”) hearings. The NTA includes important information like the date and location of the hearing and the immigration charges the government alleges the non-citizen has violated. Once the NTA is filed with the immigration court, removal proceedings have commenced.

Cancellation of removal is statutory remedy available for non-permanent residents (non-green card holders) who can show physical presence in the United States for a continuous period of ten years, show removal would cause exceptional and extremely unusual hardship to a U.S. citizen or an LPR child, spouse, or parent, among other requirements. When an NTA is served on the noncitizen, the 10-year “clock” on continuous physical presence stops.

The Supreme Court released Pereira on June 21, 2018. Writing for an 8-1 justice majority, Justice Sotomayor said, “If the Government serves a noncitizen with a document that is labeled ‘notice to appear,’ but the document fails to specify the time or place of the removal proceedings, does it trigger the stop-time rule? The answer is as obvious as it seems: No. A notice that does not inform a noncitizen when and where to appear for removal proceedings is not a ‘notice to appear under section 1229(a)’ and therefore does not trigger the stop-time rule.”

Justice Kennedy joined fully with the court but wrote a concurring opinion to express his concern with the way Chevron had been applied by the circuit courts that deferred to the BIA’s interpretation in Camarillo, saying, “The type of reflexive deference exhibited in some of these cases is troubling.” In his dissent, Justice Alito accused the majority of ignoring Chevron deference “in favor of [an interpretation] that it regards as the best reading of the statute.” In arguing that the statute is ambiguous, Justice Alito pointed out how all but one Court of Appeals to consider the question reached the opposite conclusion.

What this means: The stop-time rule will not be applied to noncitizens who are served NTAs that do not include, at a bare minimum, the time and place of the hearing. Until a noncitizen is served an NTA that includes such information, the noncitizen will be able to continue to accrue continuous physical presence for “cancellation of removal” purposes. The decision could also have implications for a broader set of noncitizens served with defective NTAs.

Finally, let me close with my reflections on the retirement of Justice Kennedy. I had the privilege to meet and spend time with him as a green eyed 19-year old undergraduate student spending a semester in Washington D.C. Fast forward several years later, I can only read Justice Kennedy’s concurrences in Hawaii and Pereira to reveal two different spectrums: one that is deferential and the other that questions at the macro level how courts are applying Chevron deference. A major focus of my research has been on the role of discretion in immigration law. I am grateful to Justice Kennedy for his leadership in Arizona v. United States and his (re)affirmation of the role of discretion immigration matters when he said: “Federal officials, as an initial matter, must decide whether it makes sense to pursue removal at all. If removal proceedings commence, aliens may seek asylum and other discretionary relief allowing them to remain in the country or at least to leave without formal removal.”