Five Things to Watch for When Mueller Testifies 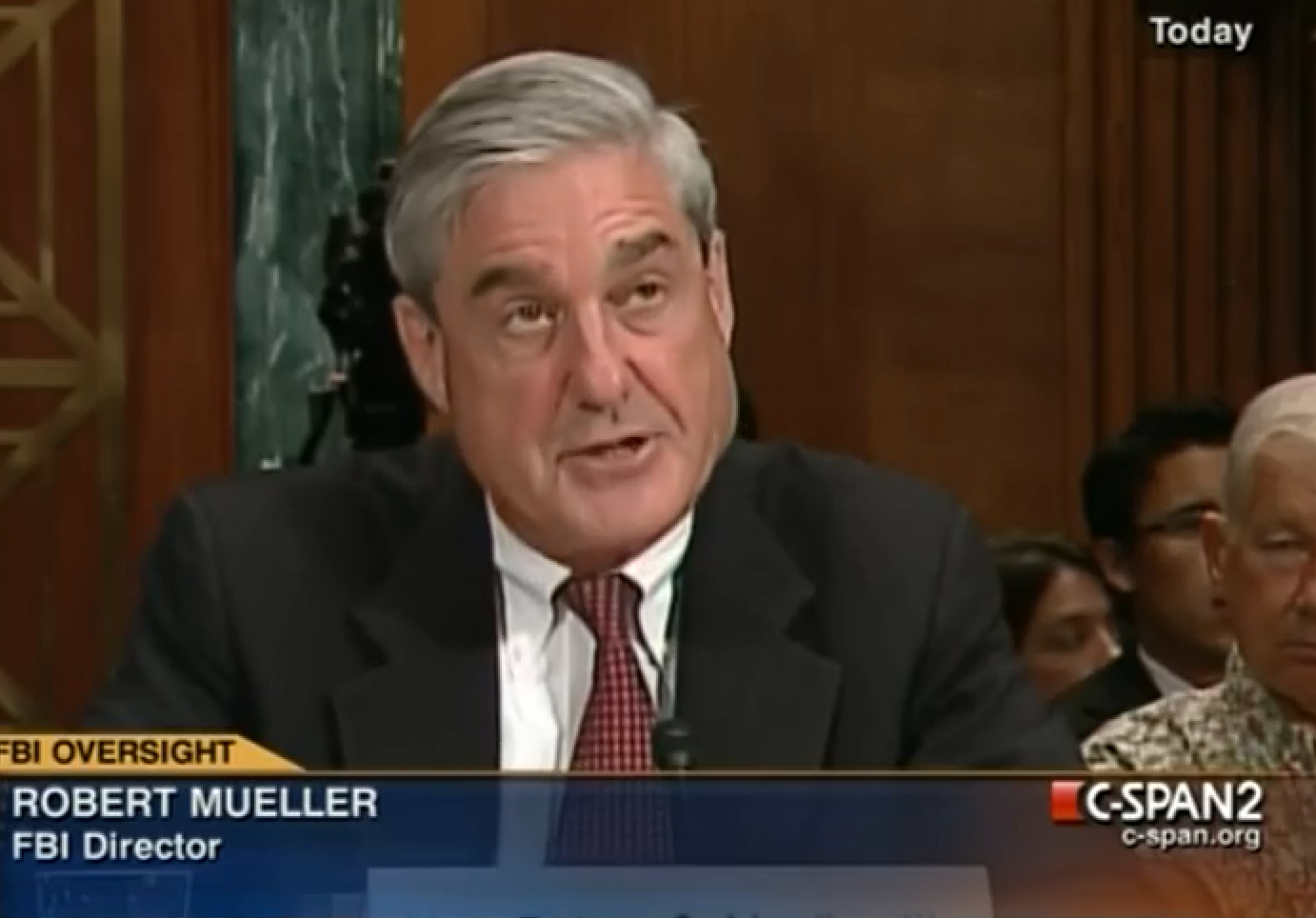 Will Robert Mueller’s testimony before Congress be a public spectacle or a dry reading?

Attorney General William Barr has predicted the former. The former Special Counsel, on the other hand, has indicated that his testimony on July 24 will not exceed the scope of his written report regarding his investigation into links between Russian interference in the 2016 presidential election and the campaign of Donald Trump. As Mueller stated in his only public remarks on the matter, “The report is my testimony.”

Mueller may want to avoid the spotlight, but here are five things to watch for when he testifies:

1. The Russian attack on our country is a serious national security threat

Even if Mueller does not speak beyond what is contained in his report, parts of the document itself are explosive. For the many people who have not read the report, some of the details will elicit audible gasps.

According to the indictment against the Internet Research Agency, the Russian efforts included organizing pro-Trump rallies and hiring “a real U.S. person to wear a costume portraying Clinton in a prison uniform at a rally in West Palm Beach.” A second Russian intelligence operation hacked into computer servers and worked with Wikileaks to disseminate email messages to harm the Clinton campaign.

In another aspect of the Russian operation that has received less attention, the report found that military intelligence attacked state election boards, secretaries of states, county governments and their employees, as well as private technology firms that manufacture and administer voter registration software and electronic polling stations. This aspect of the attack raises questions about the extent to which these efforts might have affected the outcome of the election. And what do we need to do to prevent it in the future?

As Mueller said during his May 31 public remarks, “There were multiple, systematic efforts to interfere in our election. And that allegation deserves the attention of every American.” The public can expect to hear more about these attacks in vivid detail. The more sensitive information about the attacks can be discussed with the House Intelligence Committee in its closed session.

2. Links between the Russian government and the Trump campaign

Far from the cry of “no collusion,” Mueller’s report states that the “investigation identified numerous links between Russia and the Trump Campaign.”  Among these links were the sharing of polling data by Trump campaign chair Paul Manafort with Konstantin Kilimnik, whom the FBI assessed was connected to Russia intelligence. The polling data was shared on August 2016, and related to Wisconsin, Michigan, and Pennsylvania, all states in which Trump won upset victories. Mueller was unable to fully understand why this data was shared. If this data was used to help identify targets for the social media propaganda campaign, to what extent was it successful?

The links also included the June 2016 meeting at Trump Tower between Russians and Manafort, Donald Trump Jr., and Jared Kushner on behalf of the Trump campaign to obtain damaging information about Clinton as “part of Russia and its government’s support for Mr. Trump.” In addition, the report details efforts by Trump Jr. and Trump adviser Roger Stone to communicate with Wikileaks about the release of stolen email messages. The Stone indictment suggests that the campaign attempted to coordinate its own messaging about Clinton’s health with the release of the stolen emails.

While Mueller was unable to establish that these acts amounted to the crime of conspiracy, they can be viewed as disloyal for someone seeking the presidency.

3. President Trump, his associates, and obstruction of justice

Despite Barr’s conclusion that the evidence did not amount to obstruction of justice, Mueller reached a different result. He wrote that while his report did “not conclude that the President committed a crime, it also does not exonerate him.” Members of Congress will no doubt request an explanation for why Mueller did not reach a binary decision regarding whether to charge or not charge, instead declining to reach a traditional prosecutorial decision.

Is it a fair inference that Mueller was deferring to Congress, and its impeachment power, when he wrote that he did not want to “potentially preempt constitutional processes for addressing presidential misconduct”? Mueller is unlikely to offer more of an explanation than the words in his report, which he has said were chosen carefully.

Mueller may not explain his reasoning, but he will no doubt be asked to detail some of the obstructive acts undertaken by Trump and his associates. Even describing out loud the conduct of Trump and other members of his campaign will surprise some Americans who have accepted Barr’s characterization without reading the report. Mueller sets forth 10 separate acts by Trump himself, including asking White House Counsel Don McGahn to fire Mueller, and then directing him to lie about it and create a memo to document that lie. That act would amount to criminal conduct even under Barr’s theory that a president can never obstruct justice as a matter of law when he exercises executive power.

Trump also asked his former campaign chairman Cory Lewandowski, a private citizen, to tell then-Attorney General Jeff Sessions to reverse his decision to recuse himself from the investigation and announce that Mueller would investigate interference only in future elections. If successful, Trump would have shielded himself from investigation and prevented us from learning about how Russia attacked the 2016 election. Look for some member of Congress to point out that this behavior breaches a president’s duty to protect our national security as commander in chief.

The report further details obstructive conduct by others, stating that “several individuals affiliated with the Trump Campaign lied to the Office, and to Congress, about their interactions with Russian-affiliated individuals and related matters. Those lies materially impaired the investigation of Russian election interference.” Congress should demand that Mueller name names of individuals who lied to Congress so that members may pursue contempt.

Members of Congress should at least try to understand the areas of disagreement between Barr and Mueller and force Mueller to assert the privilege. Members could ask a number of pertinent questions. For example, when Barr sent out his initial letter about the report on March 24, Mueller complained that it “did not fully capture the context, nature and substance of his of his work and conclusions.” What was Mueller concerned about?

With regard to obstruction of justice, Barr’s letter stated that Mueller “leaves it to the Attorney General to determine whether the conduct described in the report constitutes a crime,” and then concluded that it did not.

Did Mueller intend to leave it to the attorney general to decide or did he have something else in mind? One plausible theory is that Mueller thought that it was inappropriate for anyone outside of Congress to decide whether the president had committed a crime so as not to taint public opinion on the impeachment question.

Barr has also expressed the view that a sitting president can never obstruct justice as a matter of law, a theory that Mueller rejected in his report. Did Barr’s unique legal theory cause him to reach the conclusion that the evidence did not amount to obstruction of justice?

Members of Congress should also ask whether Barr forced Mueller to end his investigation. Mueller worked on the investigation for 21 months before Barr took over as attorney general. A little more than three weeks later, Mueller was done, even though 14 investigations remained ongoing, the trial of Roger Stone was pending and grand jury matters involving Stone associate Andrew Miller and an undisclosed foreign entity remained unresolved. Why did Mueller end his investigation without completing those tasks? Was there other work he would have liked to have completed? Did Barr ask him to stop?

Another important question is whether Barr discouraged Mueller from seeking an in-person interview with Trump. Mueller attempted unsuccessfully to arrange for an interview with Trump for more than a year. He wrote that an interview of Trump was “vital” to his investigation, but Trump refused and instead agreed only to submit responses to written questions. Even then, he refused to answer any questions about obstruction of justice. Mueller’s report describes Trump’s responses as “inadequate,” “incomplete” and “imprecise.” Why, then, did he let Trump off the hook?

5. Will members of Congress attempt to discredit Mueller and the FBI?

Trump has at various times indicated that Mueller is a conflicted partisan out to ensnare him in a “witch hunt.” At other times, Trump has said that Mueller’s report offers a “complete exoneration.” Which version will Congress pursue?

Attempting to paint Mueller as a politically motivated hatchet man is unlikely to succeed.  Mueller is a decorated veteran and career public servant, appointed by Republican and Democratic presidents to serve in various high-level positions. He conducted his investigation by the book, and his conclusions showed great restraint, perhaps to a fault.  He has testified before Congress more than 50 times, mostly in his role as FBI Director, and he has always been unflappable. Efforts to attack him are likely to fall flat.

But an area where Mueller’s integrity could shed light is whether he observed anything that caused him to question the validity of the predication for starting the investigation. Barr has stated that he believes “spying” on the Trump campaign occurred. Others have suggested that the FBI abused the process for obtaining authorization to use surveillance under the Foreign Intelligence Surveillance Act. Mueller may be able to explain whether he saw anything to suggest that these allegations have any merit or, instead, whether they are complete nonsense.