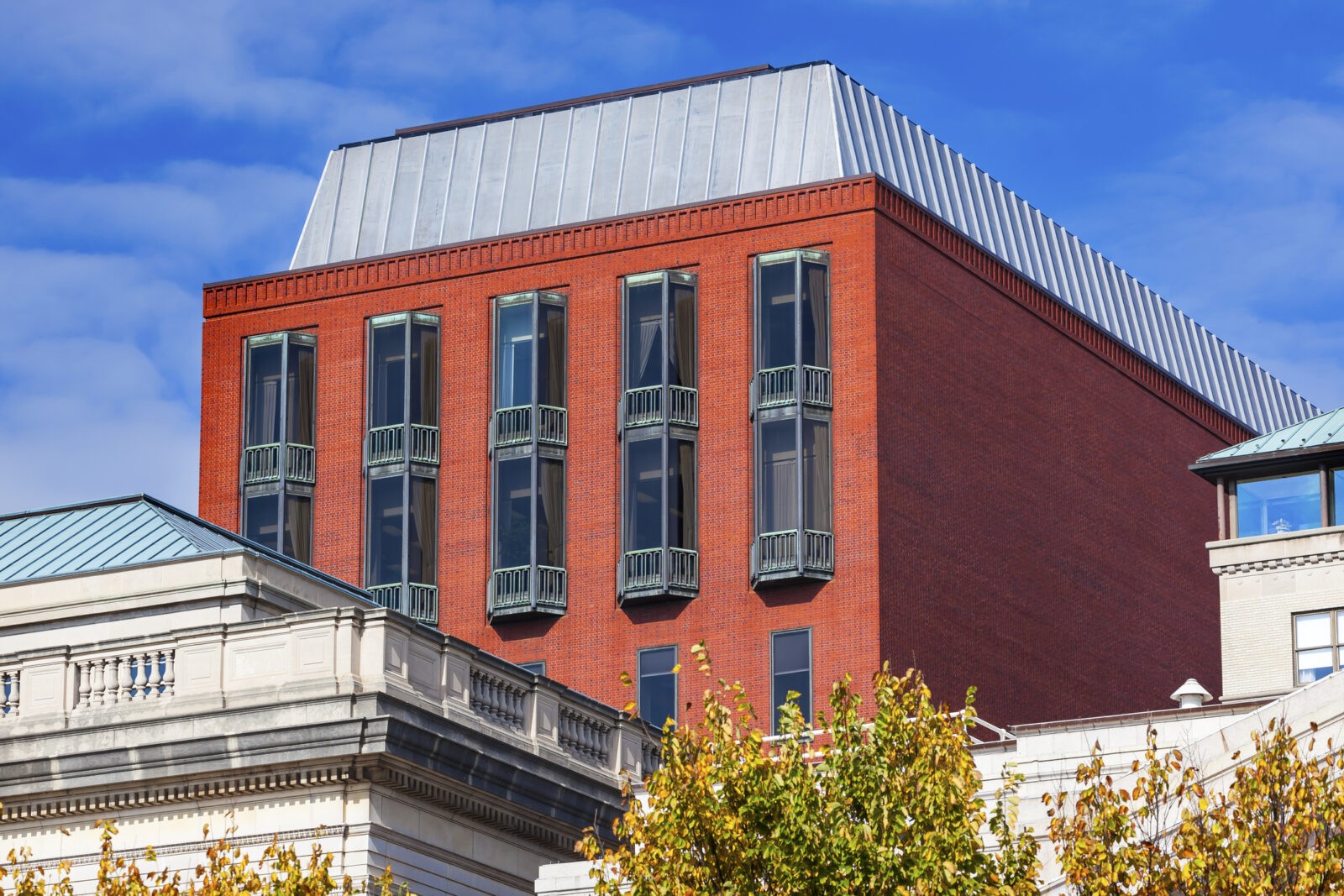 On the last day of August, the D.C. Circuit handed down decisions in two cases of great public interest. The first was the effort by retired General Michael Flynn to prevent District Judge Emmet Sullivan from holding a hearing on the Department of Justice’s motion to allow Flynn to withdraw his guilty plea and dismiss all the charges against him. The second was in the lawsuit by the Judiciary Committee of the House of Representatives to obtain the testimony of former White House Counsel Donald McGahn as part of its impeachment investigation of the President. Although these were both significant rulings, they – like so many of those in politically charged cases – are almost certain not to be the last word. I have dusted off my well-used crystal ball and am prepared to reveal what it said.

This was the second ruling by the D.C. Circuit in the Flynn case this summer. In the first, a divided panel enjoined Judge Sullivan from even holding a hearing on the Government’s motion, on the theory that there was no lawful basis for denying it. The full court then heard the case, and this time Flynn lost by a vote of 8-2, with the majority concluding that his plea was premature and that, until Judge Sullivan ruled against him, the court of appeals would not intervene.

Flynn now has two choices. He can ask the Supreme Court to overturn this decision, or he can proceed with the Government’s pending motion before Judge Sullivan. There are risks and rewards to him and the Government under both options. On the first, the Supreme Court will almost certainly not act on such a request in a hurry, even if a majority agreed that Sullivan should simply have granted the DOJ’s motion, as the dissenters in the circuit court concluded. This is, after all, an election year, and jumping in when there has not even been a hearing, let alone a ruling from the district court, would be seen as validating the claim that the willingness of the DOJ to allow Flynn to withdraw his guilty plea was based entirely on the wishes of the President for whom Flynn worked briefly.

Moreover, if Flynn does seek High Court review, Judge Sullivan would almost certainly not hold the hearing until the Court acted, which might be some time. And if the Court granted review, that would probably mean the case would not be argued until after January 20, 2021, when the President might be Joseph Biden and not Donald Trump. In that case, a new Attorney General might reverse positions once again, and rescind the motion to set aside Flynn’s guilty plea, thereby mooting the case and permitting Judge Sullivan to sentence Flynn. On the other hand, if Flynn does not seek immediate Supreme Court review, Judge Sullivan is likely to hold a hearing in the near future and rule well before next January. And, of course, if things go badly for Flynn, the President could pardon him, as he did for Roger Stone. For all those reasons, my bet is on Flynn taking his chances before Judge Sullivan, but then I would not have predicted he would have tried or even been initially successful in the D.C. Circuit.

The McGahn case presents a narrower set of likely choices, but there are considerable uncertainties about what happens after it obtains a favorable circuit court ruling. The case is a subpoena enforcement action made necessary when the President instructed his former counsel not to provide the testimony that the Judiciary Committee sought. The district court enforced the subpoena, but a divided panel concluded that the House had no standing to sue to enforce its subpoena against a high-ranking member of the President’s staff. Like the initial Flynn decision, that did not last long, as the court granted en banc review and reversed the decision, creating a major precedent that the House and Senate have standing to enforce subpoenas issued to executive branch officials.

There were, however, two other grounds on which McGahn argued against the subpoena. The en banc court could have ruled on them at the same time, but it did not, instead sending them back to the same judges who had previously ruled against the House. Although the court did not explain that choice, there was one fairly obvious reason why it did not complete its job: if it had done so, there would have been a final judgment and the President’s lawyers would almost certainly have sought review in the Supreme Court, with a significant likelihood that it would be granted.

But sending the case back to the original panel entailed risks, and they materialized when the two judges who tossed the case for lack of standing reached the same result by finding that the House had no cause of action, in part because Congress had passed a law expressly providing a cause of action for the Senate but not the House. In her dissent from this ruling, Judge Judith Rogers provided a cogent explanation for why the law was not the obstacle that her colleagues contended. Although she did not say so explicitly, it is hard to imagine that the judges who did not find that standing was an obstacle would agree that the House’s case would fail on this lesser ground. It seems almost certain that the House will seek en banc review and that it will be granted. The prior en banc opinion made clear that the majority concluded subpoena enforcement was an essential tool of Congress if it was to do its job properly, which includes being able to obtain necessary information from the executive branch.

Indeed, that is what the Supreme Court recognized in its two subpoena enforcement cases this Term – Trump v. Mazars and Trump v. Vance – involving the President’s finances, although it remanded the House’s case because it had not provided adequate justifications for its requests. Those cases also point out a fundamental problem with the most recent panel ruling. No one disputed that the private persons who were subjected to the House subpoenas had the right to go to court to object to them, even though the real parties in interest were the President and his businesses But according to this week’s panel ruling, the House cannot take the initiative and sue the recipients of its subpoenas, but must wait to be sued in order to vindicate its position. If the D.C. Circuit panel is right and the House has no cause of action to enforce its subpoenas against the executive branch, the same barrier would apply to subpoenas issued to private parties, and they would no longer have any reason to sue first. In short, not only does the panel ruling create a bizarre asymmetry, but it threatens to undermine any ability of Congress to enforce its subpoenas against anyone, in or out of the government.

From the House’s perspective, it has no choice but to seek en banc review, which is likely to be granted, and this time, the full court will decide all the remaining issues, including the broad claim of privilege that the panel has not reached. Now comes the tricky part. If the President is re-elected, he will surely ask the Supreme Court to hear the case, and the fate of the standing ruling is by no means clear. In that situation, even though the subpoena will lapse at the end of this session of Congress, the House will surely renew it because there may be another round of impeachment, and there are many other subpoenas against other parts of the administration that have been ignored, but would be enforced if the House prevails.

But what would the House do if Trump loses the election, and the en banc court ruled in its favor? There would be serious mootness problems because the McGahn subpoena would lapse at the end of 2020, and a potential President Biden, as a long-term member of the Senate, might take a different position on whether Congress may sue the executive branch to enforce its subpoenas generally, while reserving all claims of privilege. The law is less than clear whether mootness in these circumstances would require that these opinions be vacated, nor is it clear whether the House might argue that these issues are likely to recur, as they have twice before. Therefore the courts, including the Supreme Court, should conclude that this case falls within the mootness exception for cases capable of repetition, but evading review. Although some of these options may vary depending on when the en banc court rules and when we know who the next President will be.

The bottom line for the House subpoena case is that, beyond the House seeking en banc review, the possibilities are many, and the outcomes far less than clear. Time to get a new crystal ball.