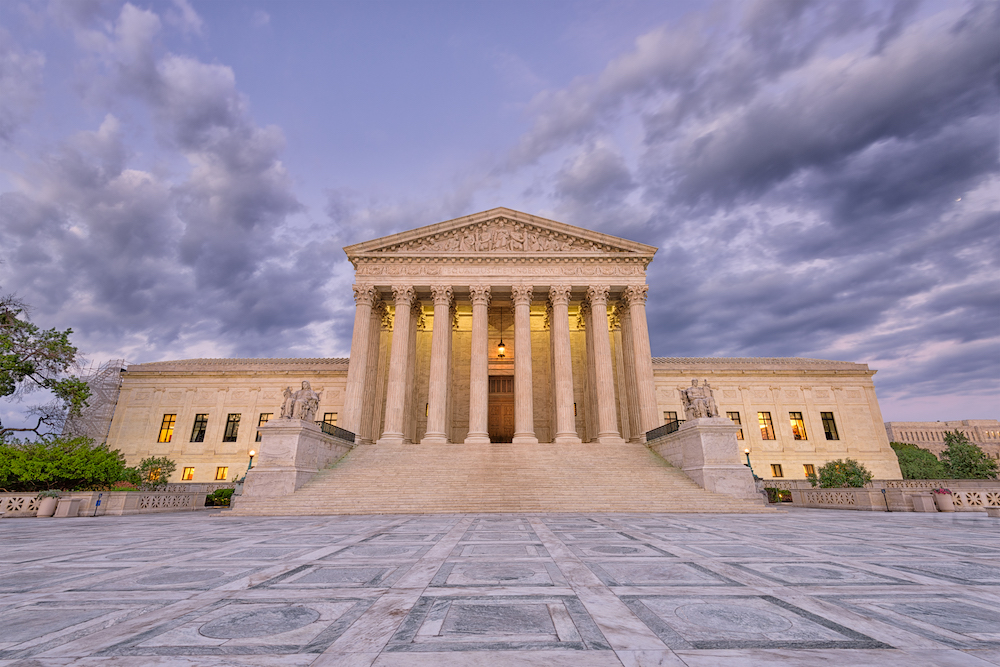 Last Thursday, the Supreme Court granted certiorari in Department of Justice v. House Committee on the Judiciary, which presents the issue of the Judiciary Committee's demand for grand jury material underlying the Mueller Report. Federal law establishes a general rule that grand jury material must be kept secret. Federal Rule of Criminal Procedure 6(e)(3)(E)(i) creates an exception where the material is sought in connection with a "judicial proceeding." The House Judiciary Committee requested access to the grand jury material underlying the Mueller Report in connection with its impeachment inquiry.  The Justice Department denied the request on the grounds that impeachment is not a "judicial proceeding." The House filed a lawsuit to enforce its demand for the material. The D.C. District Court ruled in favor of the House, issuing a lengthy opinion explaining that the founders understood impeachment to be a judicial proceeding, that the Constitution's text embraces that understanding, and that impeachment in fact functions as a judicial proceeding. The D.C. Circuit affirmed the District Court, over a dissent by Judge Neomi Rao.

The Justice Department's argument is weak, bordering on frivolous. To be sure, the substance of impeachment -- the issue of what are impeachable "high crimes and misdemeanors" -- involves political rather than legal judgment. But the Constitution's text plainly regards the impeachment process as judicial. The House's authority to indict is and always has been understood to be the equivalent of a grand jury's authority to indict. The Senate's role is expressly denominated as being to "try all impeachments" and provides that "when the President of the United States is being tried, the Chief Justice shall preside." If indictment and trial are not "judicial proceedings," I honestly have no idea what a judicial proceeding is. More to the point, the framers would have had no idea either. Remarkably, this was precisely the position of the President's lawyers during the impeachment. From the premise that impeachment is a judicial proceeding, they argued the non sequitur that the protections of an ordinary criminal proceeding must be observed.

It is, of course, likely that the drafters of the Federal Rules of Criminal Procedure were not thinking about impeachments when they promulgated the phrase "judicial proceeding." After all, the paradigmatic application for the rules is ordinary criminal proceedings in federal courts. But even if the Federal Rules were not drafted with impeachment in mind (if, in fact that is so) it does not follow that "judicial proceedings" do not include impeachments. Rather, it becomes a question of statutory interpretation and the Supreme Court's ruling in this Term's Title VII cases, Bostock v. Clayton County, Georgia, made clear what the approach should be to questions of statutory interpretation when it held that just because the drafters of Title VII did not contemplate employment protections for LGBTQ persons does not mean the law lacks those protections. Indeed, this is the essence of textualism. If the words of a law comprehend a thing (whether it is LGBTQ protection or impeachments), then the law includes those things regardless of what its authors expected.

The issue in this case is not an interesting one. What is interesting is the question of why the Court granted certiorari. I do not profess to know the answer, but the obvious possibilities are all disturbing. Perhaps the Court simply wants to affirm the D.C. Circuit's obviously correct disposition of the case.  But then, why grant certiorari? The Supreme Court only takes cases where it has something important to say and a simple affirmance won't serve that purpose. Moreover, the grant of certiorari will have the effect of ensuring that the information in the grand jury materials will not be available to the House or importantly, to the public, before the next election. That, of course, may be the reason the Court granted certiorari -- to protect the President from such disclosure. But such a move would risk obliterating the Court's legitimacy and, just as importantly, the public's perception of its legitimacy. It is difficult to imagine Chief Justice Roberts, who has so assiduously attended to the perception of the Court, sitting idly by as the Court makes such a move. That leaves the possibility that the Court is interested in limiting Congress's ability to demand information even in the context of impeachment. What precisely this might be is anyone's guess and we will have to wait and see. But it leaves me anticipating the imminent decision in the consolidated Mazars cases (the subpoenas for the President's tax returns) with real dread.