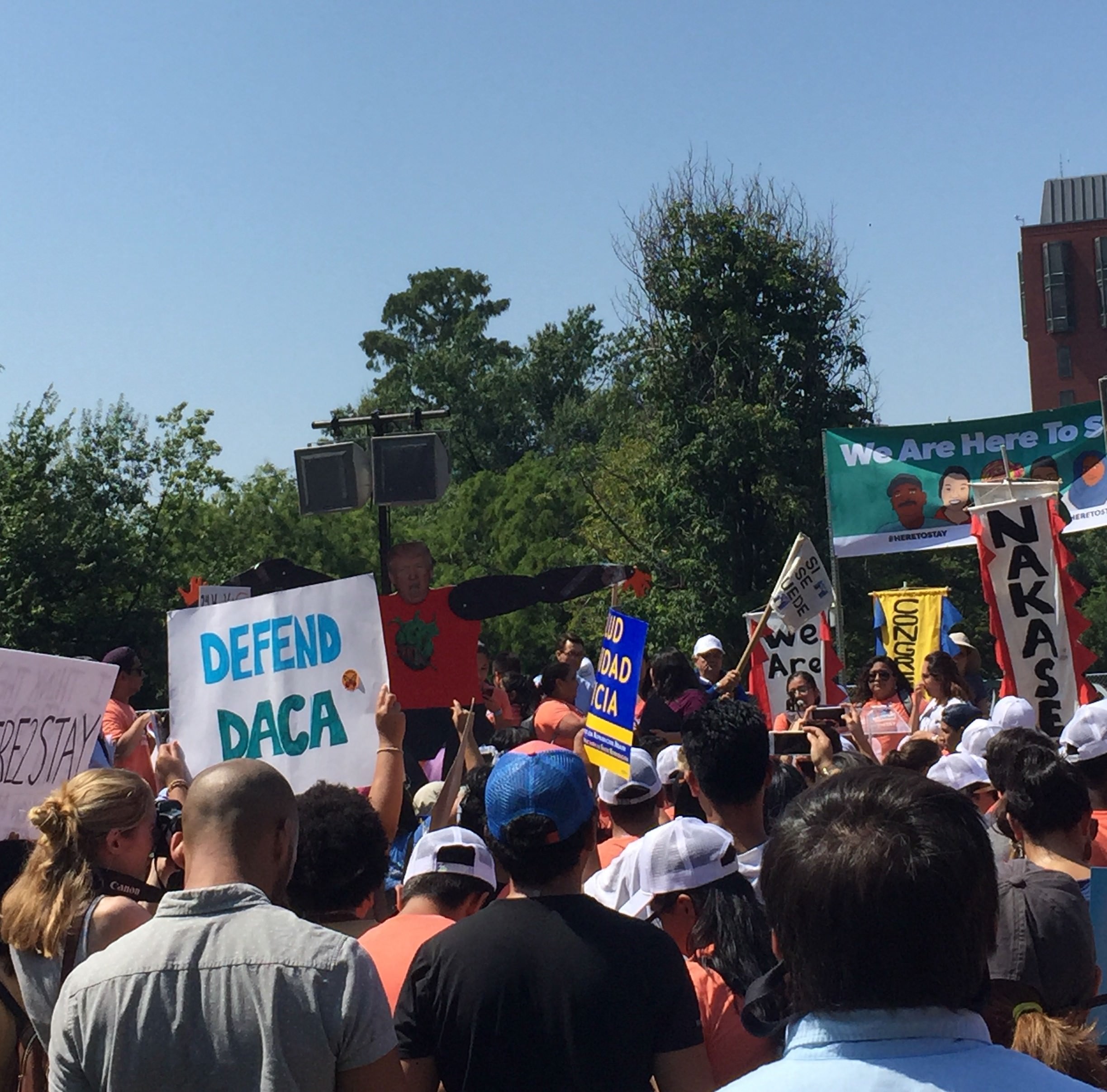 Deferred Action for Childhood Arrivals (DACA) is a policy implemented in 2012 that to date has enabled nearly 800,000 people who came to the United States before the age of sixteen, establish the requisite residence, physical presence and educational requirements to request a form of prosecutorial discretion known as “deferred action.” Originating from a rule published by the Reagan administration in 1981, grantees of deferred action may request work authorization if they can establish “economic necessity.” After receiving work authorization, the type of work a DACA recipient may enter is unrestricted, enabling one to pursue a job in a variety of sectors. DACA recipients with college degrees in a high-demand field are eligible to work in the area of their study and often do.

On September 5, 2017, Attorney General Jeff Sessions announced the end of DACA and in doing so set a deadline of October 5 by which certain eligible DACA recipients had to renew their requests for deferred action to potentially receive an additional two-year period of deferred action. AG Sessions also indicated that Department of Homeland Security would no longer receive new requests for DACA, nor would it accept renewal applications from DACA recipients whose DACA and work authorization expires after March 5, 2018. Importantly, those who currently have DACA will continue to retain their status and work authorization unless it is terminated or revoked.

The choice by the administration to end DACA is heartbreaking, legally flawed and has placed several DACA recipients in a legally precarious situation. In the weeks following the September 5 announcement to end DACA, immigration lawyers, advocates and law school clinics rushed to assist DACA holders with their renewal applications and advised the same to consult with an immigration attorney to determine eligibility for alternate relief. According to the Department of Homeland Security, 22,000 qualifying DACA recipientsfailed to renew before the October 5 deadline. According to the Center for American Progress, nearly 17,000 people have already lost DACA protections.

In the courts, several lawsuits were filed to challenge the end of DACA. On January 9, 2018, Judge William Alsup (N.D. Cal.) issued a nationwide injunction finding the rescission of DACA to be unlawful. The court found that the government’s decision to end DACA over a “pithy conclusion that the agency had exceeded its statutory and constitutional authority” was a mistake of law. In response, the Department of Homeland Security announced a process for accepting renewal applications from current and previous DACA holders. Importantly, neither the court order nor the USCIS guidance applies to those who have never had DACA previously. Meanwhile, and in response to an appeal by the administration, the Supreme Court has requested for expedited briefing to decide whether to hear the case.  Having spent more than a decade studying the history, legality and role of prosecutorial discretion in immigration cases, and like Judge Alsup, I firmly believe that the administration’s choice to end DACA for so called statutory and constitutional reasons was a mistake of law.

What happens in the courts around the DACA rescission is unknown but in the meantime, a window is open for certain individuals to renew DACA after understanding the risks. Meanwhile, and days before his State of the Union Address, President Trump is rumored to be extending the DACA deadline of March 5, the arbitrary date imposed by DHS on September 5 of last year when rescission was announced. The mixed messages sent by the administration and the President himself about DACA are manipulative and only serve as confusion for thousands of former and current DACA holders who call America home.

Meanwhile, Congress and the administration have been discussing and negotiating legislation that may include a “DACA-fix” by providing a durable status to those protected by DACA and those similarly situated. The support for a permanent solution or a DREAM Act by Congress is overwhelming and includes several companies and employers in key industries. Employers in high demand industries understand too well how important DACA employees and professionals are to filling needed jobs in the American workplace, advancing diversity, and improving the economy. As described by in a letter by American Medical Association to Congress in support of a solution for DACA holders, “ Our nation’s health care workforce depends on the care provided by physicians and medical students with DACA statute, who are trained at medical schools in the United States and fill gaps in patient care…Estimates have shown that the DACA initiative could help introduce 5,400 previously ineligible physicians into the U.S. health care system in the coming decades to help address these shortages and ensure patient access to care.”

As one who has worked in the legal profession for nearly 20 years, I am acutely aware of the positive contributions and diverse ideas law students and lawyers with DACA bring to the field and to their clients. As a professor on a large college campus, I have also witnessed the vulnerability and fear that soon to be college graduates or professionals with DACA have in losing status and the ability to work in the United States. It is critical that Congress find a solution for DACA holders and those with long term contributions and talent in the United States.