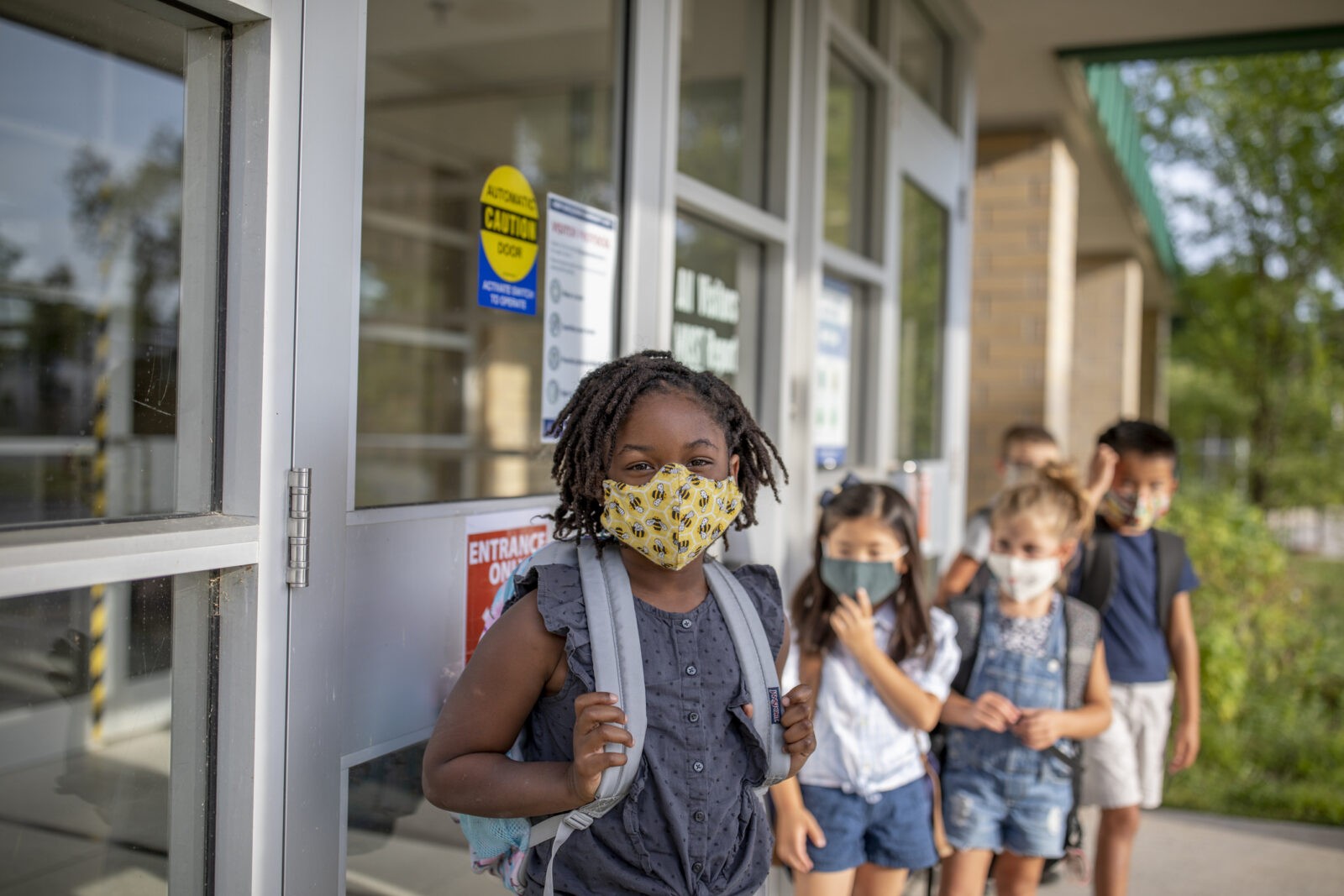 The long-fought conservative war on progressive cities, which has taken on deadly new dimensions as the pandemic continues, may be moving into an intriguing - and for localities, potentially promising - new legal phase. As states seek to block local governments from implementing common-sense mask and COVID-19 vaccination rules to protect public health, the federal government has started to intervene on the local-government side of these conflicts.

The American Rescue Plan provides state and local funding to offset the costs of responding to the COVID-19 pandemic. The Department of Treasury emphasized in an interim final rule that these funds should be used to support the prevention and mitigation of the COVID-19 pandemic in key settings like schools. And the Centers for Disease Control and Prevention has issued guidance recommending universal masking for all students over the age of 2, as well as teachers, staff, and visitors in K-12 schools.

Despite this Treasury and CDC guidance, some states are blocking local governments from implementing the exact programs the federal government recommends and is funding - and threatening to withhold funding if cities and counties refuse to comply with state orders. In Arizona, for example, Governor Doug Ducey is limiting the distribution of federal ARP funds to local school districts that do not adopt mask mandates, preventing school districts following federal guidance from receiving federal funds. In Florida, despite multiple rulings to the contrary, the state has decided to withhold funds from two school districts for imposing masking mandates. Florida Commissioner of Education Richard Corcoran said last week that the department has withheld funds from Alachua and Broward counties in amounts equal to the monthly salaries of school board members because “each district has implemented a mandatory face mask policy that violates parental rights by not allowing a parent or legal guardian to opt-out their child.” Local governments in these and other conservative-led states want to comply with federal guidance, but states are standing as obstacles to federal-local cooperation against the pandemic.

Now, the Biden Administration has signaled an active willingness to block this state interference. On August 18th, President Biden issued a memorandum to the Secretary of Education to ensure that “[g]overnors and other officials . . . are not standing in the way of local leaders” preparing for students’ safe return to the classroom. Following that memorandum, the federal Department of Education put six states - Arizona, Florida, Iowa, Oklahoma, South Carolina, Tennessee, Texas, and Utah - on notice that actions to block school districts from voluntarily adopting science-based strategies for preventing the spread of Covid-19 may run afoul of federal law.

The federal government has taken further steps to support cities as states signal that they will continue to target cities following federal recommendations for student safety. President Biden has indicated that the federal government would direct federal funding to compensate school districts that the state of Florida is seeking to remove funding from. The Department of Education has opened civil rights investigations in Iowa, Oklahoma, South Carolina, Tennessee, and Utah to determine whether prohibiting mask requirements impedes access for students with disabilities in violation of federal law. Federal investigations have not been initiated yet in Arizona, Texas, or Florida because of pending state litigation.

This is not to say that the federal government can mandate local collaboration. The Trump Administration was properly held to have violated the Tenth Amendment when it tried to commandeer local governments into involuntarily acting as an arm of federal immigration enforcement. But here, states are seeking to undermine willing federal-local collaboration, and by extension local autonomy, to engage in policymaking that furthers public health and individual rights, such as the federal educational rights of students. Local communities, school districts, and their students stand to suffer as a result.

Federal-local cooperation to overcome state opposition has the potential to further equity and bolster individual rights in a variety of other policy areas. The federal government can support local governments that seek to use their autonomy and discretion to pass higher minimum wage, expand ballot access, increase environmental protection, and redirect law enforcement dollars toward human services, to name a few examples. The federal government does not intervene in state-local relations lightly, nor should it, but when the imperatives of federal law are implicated in local policymaking, the abuse of state preemption should not stand as a barrier.

Nestor M. Davidson is the Albert A. Walsh Chair in Real Estate, Land Use, and Property Law and the Faculty Director of the Urban Law Center at Fordham University School of Law. Marissa Roy is the Legal Team Lead of Local Solutions Support Center.