State Preemption and Local Responses in the Pandemic 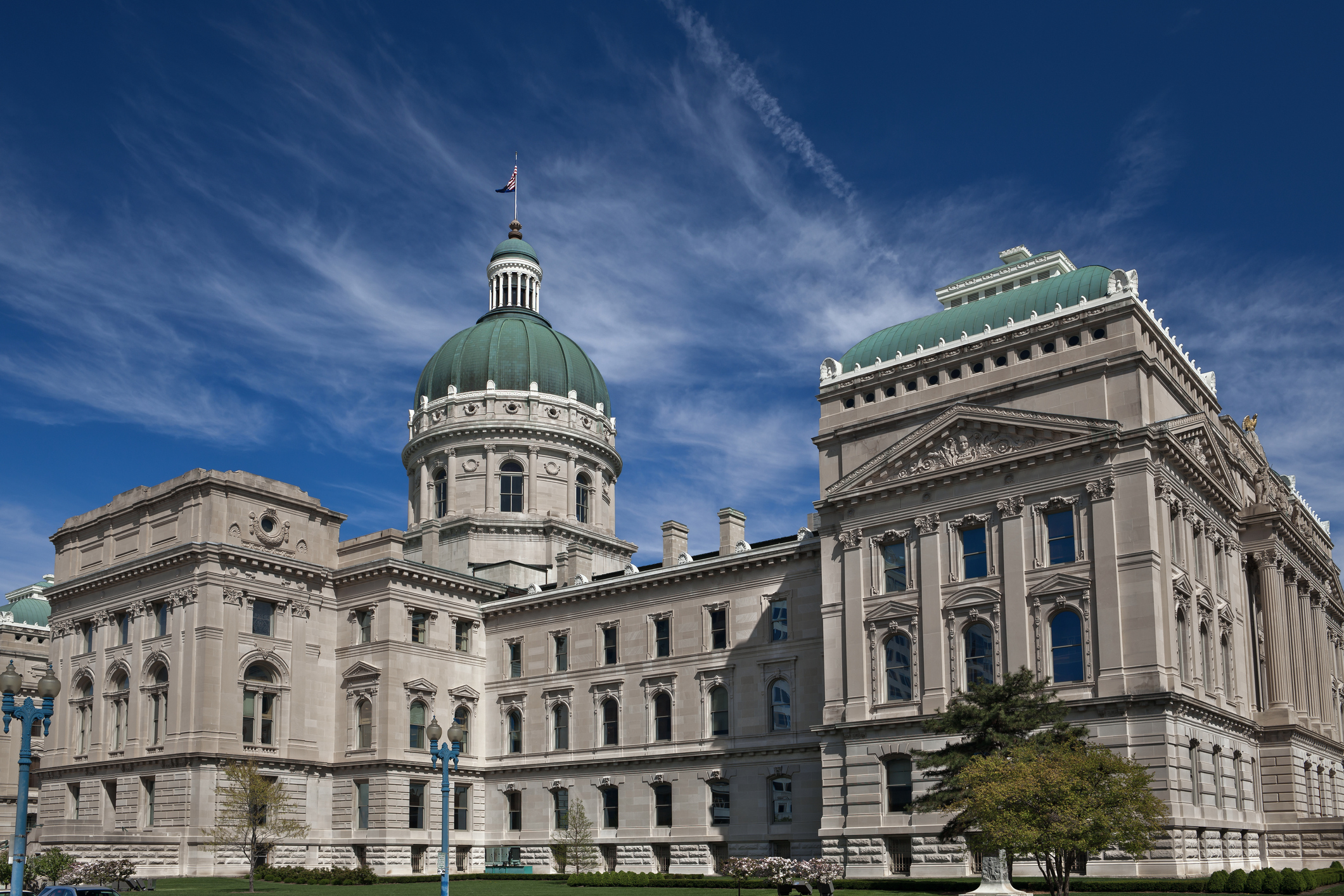 Over the past decade, the misuse of state preemption has significantly limited the power of cities and other local governments to solve problems for their residents.  Now, with the nation facing the COVID-19 pandemic, the high cost of undermining local authority and independence has become apparent. Existing and new COVID-19-related state preemption has hampered local government response to the crisis, made it harder to protect the lives and livelihoods of their residents, and impeded early efforts towards equitable recovery.

As an ACS Issue Brief explored in detail, there has been a steep increase in state preemption over the past ten years across a broad and growing range of economic, labor, health, environmental, and social issues.  Many of the local policies preempted by states would have been most beneficial to people of color, low-wage workers, and women—the same communities disproportionately hurt by the health and economic effects of COVID-19.

A decade of preemption has left cities starting from behind in their response to the pandemic in critical policy areas such as paid sick leave, tenant protections, and access to critically needed broadband.  To begin with paid sick leave, while local policies proliferated in some states to protect workers, 23 states with preemption in place as the crisis emerged prevented cities from acting.  Some preempting states, including Indiana, Michigan, and North Carolina, were forced to enact emergency paid sick leave policies to cover health care and other workers on the frontlines.  In other states, including Tennessee and Florida, advocates have asked their governors to suspend paid sick leave preemption so local governments can do more to protect residents.

The economic fallout from the pandemic, moreover, turned America’s housing crisis into an emergency that forced local and state governments to implement eviction and foreclosure moratoria to keep families from losing their homes.  But as state-level moratoria have been ending, preemption has interfered with local governments’ ability to protect vulnerable tenants in crisis.  In Wisconsin, the Tenant Resource Center explained, “While other communities take necessary action to enact moratoriums on eviction proceedings, we’re prevented from doing so.”  By contrast, in California, in a welcome sign of a cooperative state-local relationship, Governor Gavin Newsom used an Executive Order to suspend state preemption of local eviction regulations.

COVID-19 has made fast, affordable, and reliable Internet access essential as Americans have been forced to work, learn, and find medical treatment online. But in 19 states some form of state preemption has kept local governments from building or expanding access to municipal broadband—limitations that disproportionately hurt people of color, low income, and rural residents even before the pandemic.  Many states have acted to increase internet access and decrease costs—including states where preemption is in place.  For example, in Nebraska, the Public Service Commission has allocated a million dollars to reimburse internet providers for providing service to low-income families.

In addition, state Executive Orders that included express preemption issued during the emergency blocked or weakened local public-health responses.  Certainly, in some states, governors issued statewide stay-at-home orders that served as a regulatory floor that allowed local governments to be more protective of public health based on local conditions.  In Maryland, for example, Governor Larry Hogan allowed for a flexible community-based approach to lifting the state’s stay-at-home order, with county leaders making decisions regarding the timing of reopening in their jurisdictions.  Prince George’s and Montgomery Counties and the City of Baltimore, home to the state’s largest African-American and Latinx populations, opted to move on a slower timeline.

But that collaborative approach was not the norm.  In many states, including Arizona, Georgia, Florida, Mississippi, South Carolina, Texas, Tennessee, West Virginia and others, statewide stay-at-home orders established a regulatory ceiling barring efforts by cities and counties to impose stricter requirements than the state was willing to impose to protect the health and safety of residents.  In Arizona, Governor Doug Ducey issued an Executive Order prohibiting any county, city, or town from issuing any order or regulation “restricting persons from leaving their home due to the COVID-19 public health emergency,” or closing the long list of businesses Ducey deemed “essential.” While several Arizona mayors believed the Governor’s list of essential services was too broad, they also believed Ducey’s Order preempted them from closing businesses included on the state’s list of essential services.

Georgia Governor Brian Kemp set the most aggressive reopening course when his statewide shelter-in-place order expired at the end of April, stressing that in lifting his directive, “local action cannot be taken that is more or less restrictive.” Atlanta Mayor Keisha Lance Bottoms condemned the decision. “It is the governor’s prerogative to make this decision for the state, but I will continue to urge Atlanta to stay at home, stay safe and make decisions based on the best interests of their families.”

Mississippi Governor Tate Reeves’s statewide mandatory stay-at-home order preempted localities from enforcing stricter restrictions, forcing the cities of Tupelo and Oxford to rescind local measures already in place.  When Texas Governor Greg Abbott let his state’s stay-at-home order expire, he made it clear that his new order “supersedes all local orders.”  Texas Attorney General Ken Paxton then warned officials in Austin, Dallas, and San Antonio to roll back “unlawful” local emergency orders that imposed local public health safety measures, hinting that there would be lawsuits if the cities did not comply.

And some states did not issue any stay-at-home orders but still preempted local governments from issuing their own orders. Iowa Governor Kim Reynolds, for example, did not issue a statewide stay-at-home order, but local officials, including Cedar Rapids Mayor Brad Hart, were prevented from issuing local orders under their emergency mayoral powers.  As Hart lamented: “This week I spoke directly with the Governor who confirmed her opinion, which is supported by the Iowa Attorney General, that cities and counties in Iowa do not have the authority to close businesses or order people to stay in their homes.”

State Preemption and the Long Road to Recovery

Local governments are going to be on the front lines of recovery efforts and state preemption will continue to be a barrier to an equitable path forward.  The fact that 48 states limit local fiscal authority, many quite significantly, will impede the economic recovery of cities, towns, and counties, with weighty consequences for the people who rely on local public health, police, fire, education, and other services.

In the aftermath of the 2007–08 housing crisis, moreover, local fiscal distress led to municipal bankruptcies, the imposition of state emergency managers, and other state takeovers of local governments.  As the devastating experience of Flint, Michigan, attests, this kind of fallout can have dire consequences.  Given the impact of the current downturn on local finances, we are likely to see similar state interventions in the recovery ahead.

Similarly, housing will be as critical an issue in the recovery as it has been in the emergency, and preemption will be a significant barrier to local policy.  Evictions and foreclosures disproportionately affect people of color, women, and low-wage workers, and local governments are looking at a range of tenant protections in the weeks and months ahead.  But tenant protections are among the range of equitable housing policies of various kinds preempted in 31 states, including rent regulation, inclusionary zoning, and source-of-income anti-discrimination.

Finally, the federal government has failed to issue mandatory protections or standards to protect workers from exposure to COVID-19 meaning that states and local governments are not preempted from adopting their own protections.  Some cities like Los Angeles and Dallas have moved to fill in the gap for workers, for example adopting clear mask requirements.  Already, however, states are interfering with local efforts to provide workers with protections that help keep workers safe.  Governor Abbott in Texas issued an Executive Order that banned local governments from enforcing an individual mask mandate. When mayors pushed back, the governor said local governments could order businesses to require face masks in their stores, but localities could not mandate mask wearing in public. In Nebraska, Governor Pete Ricketts went further, telling local governments they won’t get any federal COVID-19 money if they require people to wear masks.

The COVID-19 pandemic has laid bare more than the ongoing intergovernmental struggle over individual policies.  It has exposed the need to reform the fundamental balance of power between cities and states. We are seeing daily reminders that the misalignment between city and state governments is not just theoretical—it has life and death consequences.  As the Local Solutions Support Center and the National League of Cities recently argued in a new vision for home rule—and a blueprint for legal change—the powers of cities to rule themselves need to be updated to reflect the fast-changing demands and challenges of pandemics, racial and economic equity, climate change, and more.