Beyond the Courts: The Role of State and Local Governments in Supporting Immigrant Communities in the Trump Era 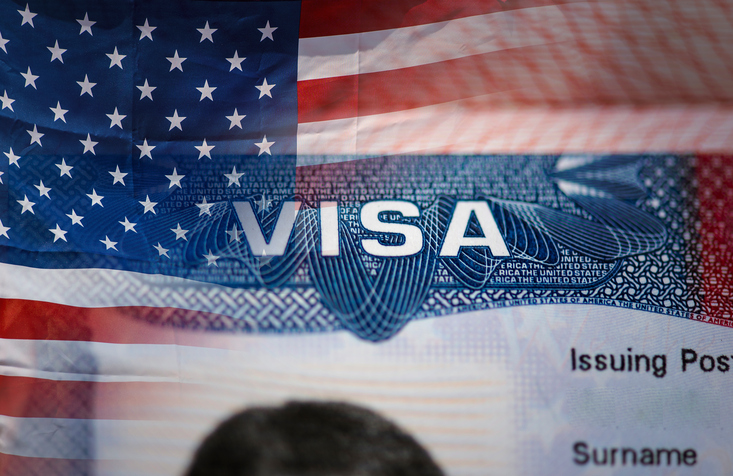 Over the past 18 months, State Attorneys General (AGs), City Attorneys, and other state and municipal lawyers have engaged with federal immigration policy far more frequently and with much greater purpose than at any point in the past decade (and possibly longer). In the Trump era, much of the attention has focused on high-profile federal lawsuits, such as challenges to the travel ban, termination of the Deferred Action for Childhood Arrivals program (DACA), new requirements imposed on localities that receive federal funds, and, most recently, family separation and detention. That attention has been justified, given both the impact of these federal policies on institutions, communities, and financial bottom lines as well as the symbolic resonance of the issues. Several suits already have reached the U.S. Courts of Appeals, and the Supreme Court upheld the travel ban in Trump v. Hawaii, a decision issued during the last week of the October 2017 term.

Lawsuits are critical, and they will continue to draw considerable attention as they wind their way through the federal courts. However, they tell only a piece of the story of the work by State AGs and many of their counterparts at the local level in support of immigrant communities. The collection of federal litigation is the centerpiece, but a single component of the clearly demonstrated commitment to immigrants and their families. The values and goals that have animated these suits – among them inclusion, hope for a better future, federalism, and human decency – also have resulted in extensive guidance, collaboration, and state-level enforcement work. In sum, though the authority to regulate immigration lies with the federal government, state and local governments have employed multiple means to counter-balance extreme new policies and offer some relief to their immigrant residents.

What is set out below is an initial effort to weave some of that important work together.

Going on the Attack: Federal Lawsuits

Inclusion: Response to the travel ban was swift. Massachusetts Attorney General Maura Healey was on the ground at Logan Airport during the first afternoon of the ban’s implementation. Lawsuits, including State AG challenges were filed in the next few days. Washington Attorney General Bob Ferguson’s office obtained the first nationwide injunction, and was followed by the Hawaii AG in subsequent iterations of the ban. The cases focused on the discrimination against individuals based on their religion as well as their exclusion due to a connection to a particular country. The notion that individuals – with qualifications, skills, and commitments to contribute – could be categorically excluded simply because of the connection between the Muslim faith and their country of origin reflected prejudice that challenged fundamental understandings of our national values.

The Promise of a Better Future: The fate of Dreamers captured significant attention early in the administration. Inconsistent and often opaque statements by the President, among other things, left the continuation of the DACA program in serious doubt. In tandem, the stories of Dreamers came to the fore. Compelling narratives of young adults who arrived in the United States very young in age, many only 1 or 2 years old, and who have risen to the ranks of college graduate or even small business owner. For so many, the Dreamers represented the slightest fix to a broken immigration system and the promise of a better future that America could actually offer. This correction and these possibilities needed to be defended, and lawsuits were filed swiftly to challenge DACA’s termination.

Federalism: In the face of a concerning federal agenda under President Trump, the independent acts of state and local governments has remained a critical component of the resistance. The ability of these governmental actors to exercise their sovereignty has created significant conflict, particularly in the immigration arena. Beginning with an early Executive Order regarding enforcement against so-called sanctuary jurisdictions, to new federal funding requirements under the Byrne JAG Program, to an enforcement suit against the State of California, cities and states have pushed against efforts to entangle local police, among others, in the immigration enforcement machinery. Courts and others have been seeking to find the right balance between the reluctance to cooperate and the mandates of federal law. These cases have been about a number of issues, but they generally boil down to states and localities preserving their access to federal funds without being required to align their resources with new federal immigration enforcement priorities.

Decency: Most recently, the forced separation of children from their parents at the border has prompted another round of multistate litigation against the Department of Homeland Security. Traumatizing children, and their parents, to thwart asylum seekers from Central America has been met with stiff resistance from many corners and prompted a purported retreat in policy. However, the significant damage is already done, and state and local governments will serve many of these families, often at greater costs due to the families’ educational or health care needs, among other things, following the trauma of separation. The litigation challenge to the policy also reflects vehement opposition to intolerable treatment of the vulnerable.

For their part, the lawsuits also have served as an organizing mechanism, with broad bases of support mobilizing against the travel ban and in favor of Dreamers, in particular. Hospitals, tech companies, universities, and so many others have voiced significant concern about the impact of these changes in immigration policy. For them, it is both about values as well as the bottom line. Industries reliant on immigration for talent, innovation, and enhanced capacity cannot sit idly by and watch their competitive advantage slip away.

Besides filing lawsuits, state and local actors have responded to actions and threats by the federal government, and their impact on immigrant communities, in a number of ways. State and local entities have updated policies and practices when it comes to information sharing across agencies, detention of criminal defendants and inmates, as well as certification for U and T visas. They also have developed guidance for everything from model “sanctuary” bylaws to guidance on how schools can consider responding to ICE enforcement on campus. Similar guidance has been produced for health care facilities and governmental offices. These documents have reiterated the importance of understanding the information that entities possess (as well as the applicable protections), putting a response procedure in place, and understanding what federal law requires.

Policy setting by state and local governments also make these places – colleges and universities, community health centers, state departments of labor, among others – more welcoming to those who need their services. Many of these institutions are essential to the functioning of their communities.

State and local actors also have played a role in convening discussions among advocates and coordinating efforts where appropriate. For example, some localities have worked to develop immigrant defense programs. Since no lawyer is guaranteed in immigration court, and because individuals are far more likely to succeed in asserting defenses to removal with counsel, civil defense funds and enhanced pro bono counsel programs have been set up. Some have been supported by foundation grants, while others have received government revenue.

President Trump’s immigration enforcement actions have left immigrants more vulnerable to abuse as workers, tenants, and consumers. Many state and local actors have responded with increased vigilance. Notario fraud and retaliation against workers and tenants are among the most common examples. Landlords regularly “encourage” tenants not to report problematic conditions by threatening to call ICE. Some employers engage in similar behavior, particularly when it comes to complaints about unpaid wages. With immigrants more desperate than ever to find a pathway to permanent residency, or at least some degree of greater certainty, unfounded promises by so-called immigration advocates have resulted in far too many individuals shelling out thousands of dollars that they do not have for services that offer little benefit, and which often put them in harm’s way.

State and local governments have tools to hold such actors to account, including both civil and criminal remedies. Unfair and deceptive acts and practices statutes, civil rights law, and criminal statutes have been utilized to bring individuals to justice and to demonstrate public support for immigrants. In a recent example, the Massachusetts Attorney General’s Office secured a preliminary injunction against a lawyer and his assistant for violations of the state’s consumer protection act arising out of their exorbitant fees, deceptive promises, and other abusive conduct against clients.

Connection to immigrant communities also has required greater integration with community-based groups, particularly those that serve as trusted partners for immigrants. Collaborative engagements are needed to rebut the perspective that the government is a monolithic entity and that all forms of it are either controlled by the President or are aligned with his goals. Cultural and linguistic competence serve as critical bridges, particularly given the diversity of the community and the challenges of having teams and staff in governmental agencies that meet all of those needs.

In Massachusetts, one particular example has been a blossoming wage theft clinic in which the Attorney General’s Office partners with community-based organizations, legal services groups, law schools, and private practitioners to offer direct assistance to individuals who have submitted wage and hour complaints. The partnerships help create trust so that workers show up to these once-a-month clinics, ensure language capacity to assist mostly immigrant workers, and provide varying degrees of legal representation from a day-of consultation up through direct assistance in court proceedings. Some of these cases have resulted in multi-thousand dollar recoveries for workers.

Similar efforts can be found in a number of sectors from working groups at major municipal hospitals to community colleges. In one recent convening, Bunker Hill Community College brought together college, high school, and organizational staff to discuss some of the unique challenges that confront undocumented students, including those participating in DACA or with Temporary Protected Status, from academic advising to financial aid to career placement. Even in a challenging climate for immigrant communities, events like these bring hope and reasons for optimism.

Governments at all levels struggle to serve immigrant communities, due to a variety of challenges that include cultural and linguistic barriers. Over the past year and half, that work has become much harder due to significant shifts in federal immigration policy. State and local actors have responded, both through litigation and other means, to blunt the impact of the new policies and continue their services of these communities. In the short term, many of these efforts have served to hold federal actors accountable, at least to slow the implementation of harsh policies, and to protect individuals harmed by abusive conduct. Over the long term, it should result in a prolonged and deepened commitment to immigrant communities, which will have benefits lasting well beyond the current administration.

*Jonathan Miller is Chief of the Public Protection and Advocacy Bureau in the Office of the Massachusetts Attorney General. The views represented here are his own and not those of the Attorney General or the Office.