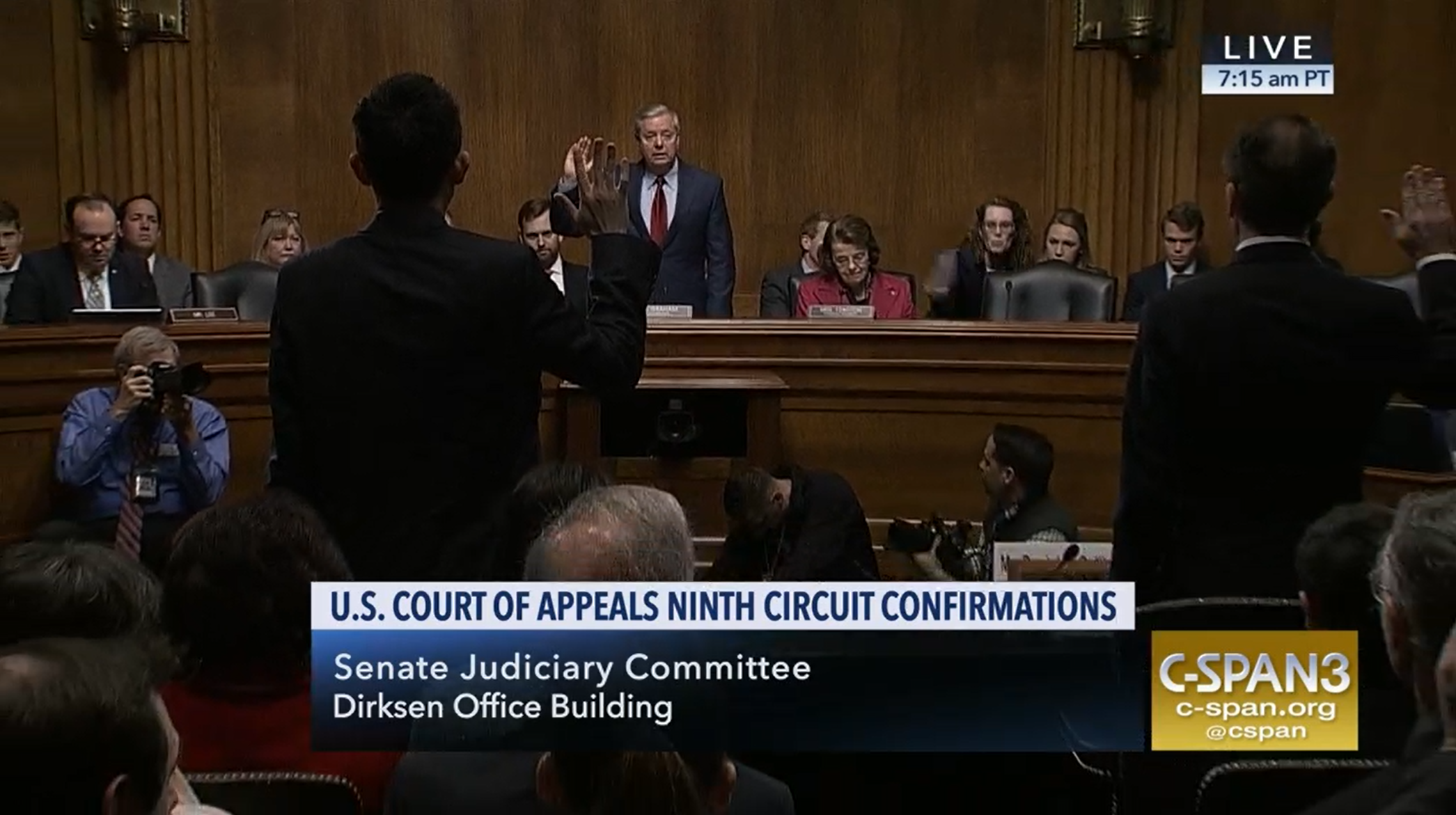 Senate Republicans continue to throw out long-held Senate traditions in their mission to confirm as many of President Trump’s nominees as possible to the federal bench. Once confirmed, these judges will rule on cases that affect all of us including environmental issues, health care, civil rights, and voting rights.

Following the confirmation of Neomi Rao last week to the influential D.C. Circuit, 20 percent of judges sitting on the circuit courts will have been nominated by President Trump. The U.S. Circuit Courts of Appeals are significant because they are often the last word in federal court cases.

In the last week alone, the Senate majority continued to defy the tradition of seeking support (aka “blue slips”) from home-state senators on judicial nominees:

Nominees with troubling records or who lack relevant experience continue to be moved forward:

Senate Majority Leader Mitch McConnell’s push to fast-track district court nominees: On top of these trends, the Senate majority is seeking to change the rules to bring nominees to the Senate floor at an accelerated pace. The Senate Rules Committee approved legislation to reduce hours of post-cloture debate on district court nominees from 30 hours to 2 hours. A legislative rule change would normally require a 60-vote threshold.

Sometime soon, Republicans are expected to use a maneuver to adopt the rule change on the floor with a simple majority (51 votes). This change promises to further speed up the confirmation of judicial nominees in the months to come. The 47 currently pending district court nominees could be confirmed in a matter of days once debate is limited to 2 hours.

Ignoring home-state senator opposition, nominating individuals with concerning records and insufficient experience, and changing rules of regular order are designed to transform the courts. Regarding the rule change, Senator Roy Blunt (R-Mo.) said that, “Presidents deserve to have their teams in place.”

Lifetime federal judges are meant to be impartial arbiters of the law, not serve at the pleasure of any elected official. They rule on areas of the law that affect people’s everyday lives: civil rights, criminal justice, education, environment, labor, immigration, health care, and many more issues. For the courts to fulfill their purpose as arbiters of the law, it’s critical that nominees be qualified and impartial and that senators’ advice and consent responsibility be respected.

The Senate is on recess this week and many senators will be in their home states. Tell your senators you care about the courts and want them to stand up for a fair judiciary.