The 2019 ACS National Convention brought together nearly 1,000 lawyers, law students, judges, and policymakers to address some of the most urgent and challenging issues confronting our nation. This page shares videos from the nation’s premier progressive legal gathering of the year. 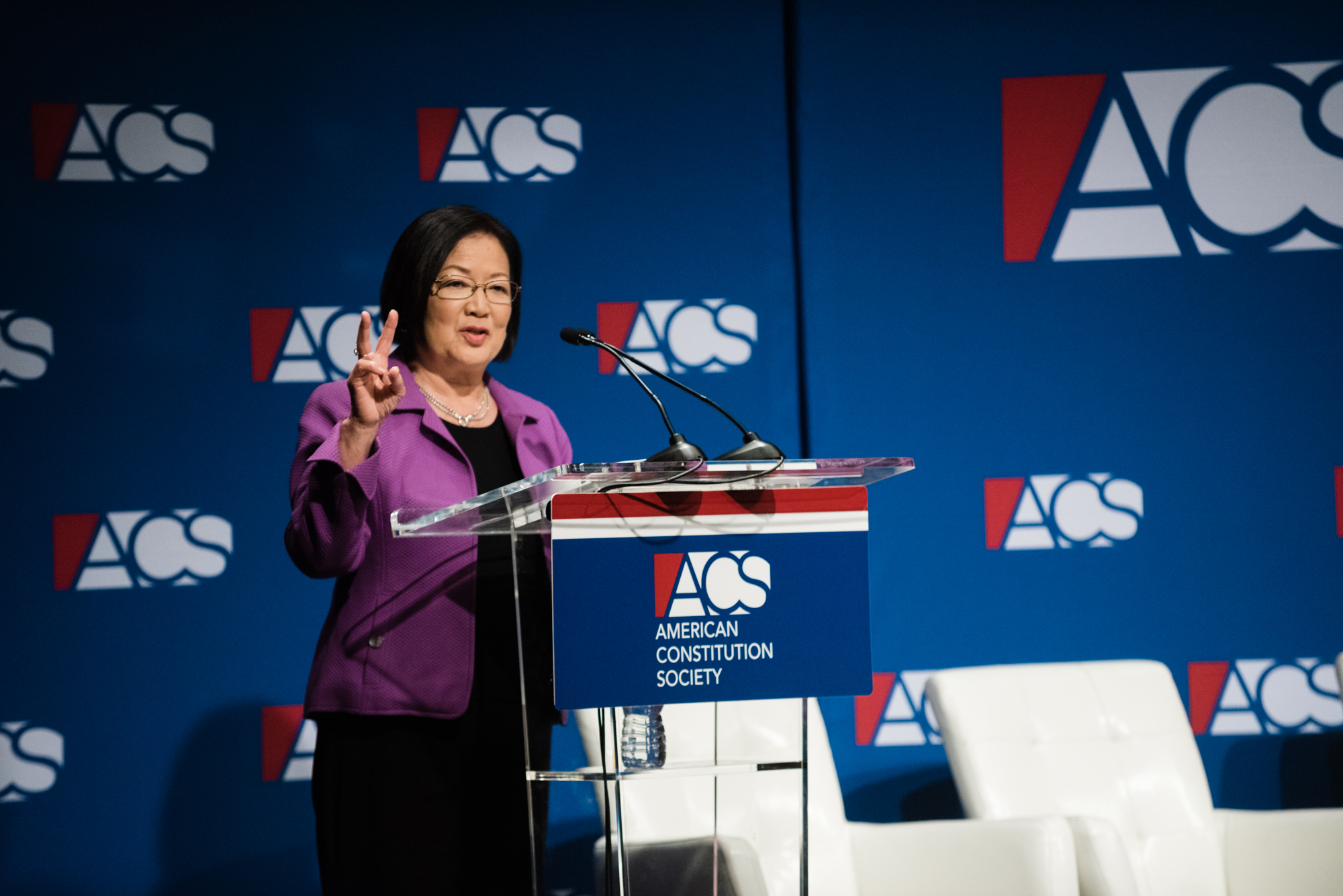 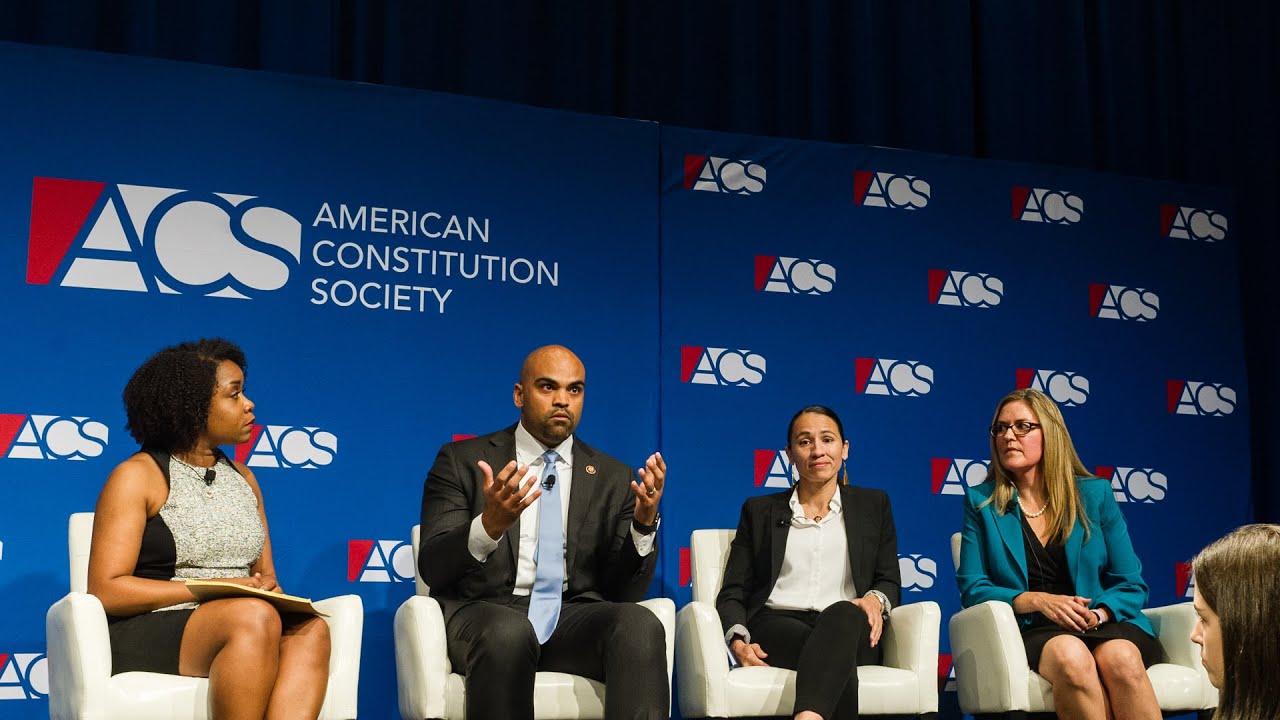 Watch the newly elected Reps. discuss the value of their legal educations

As we look to a post-Trump era, what reforms should we consider enacting to protect our democracy from corruption and unchecked executive power? Should we review – and perhaps rescind – statutes that give the president broad power in times of national emergencies? Should the Vacancies Reform Act be reformed? Should the framework of our anti-corruption laws be reworked? Does the Department of Justice, itself, need restructuring so that it can achieve its mission independent from political influence?

Watch the discussion of proposed reforms across the federal government 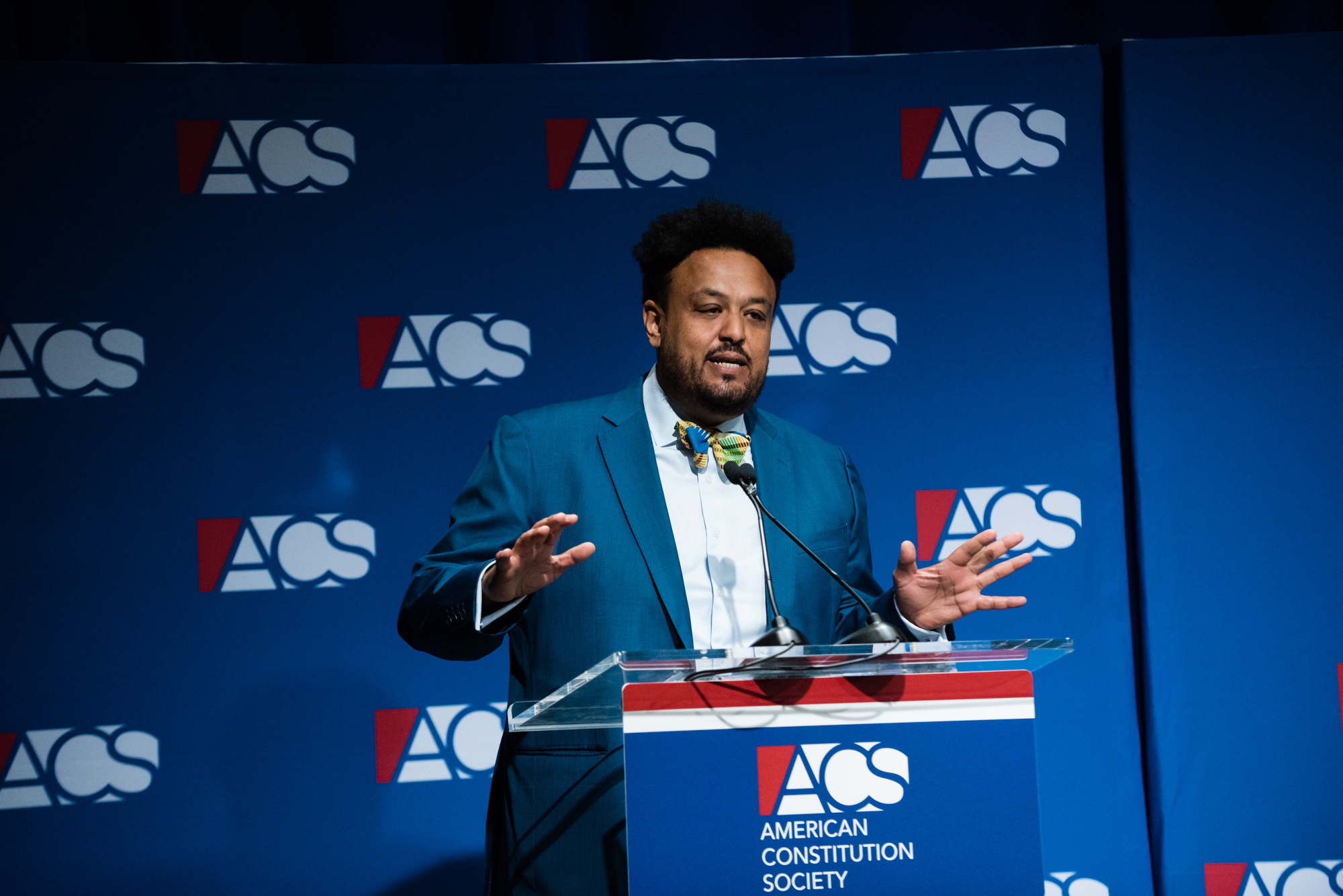 The Possibilities and Perils of Supreme Court Reform

A panel of experts discussed proposals to alter the structure of the Supreme Court. Such proposals have only multiplied in recent years as the judicial nominations process has grown increasingly contentious.

Watch the discussion of a variety of court reform proposals 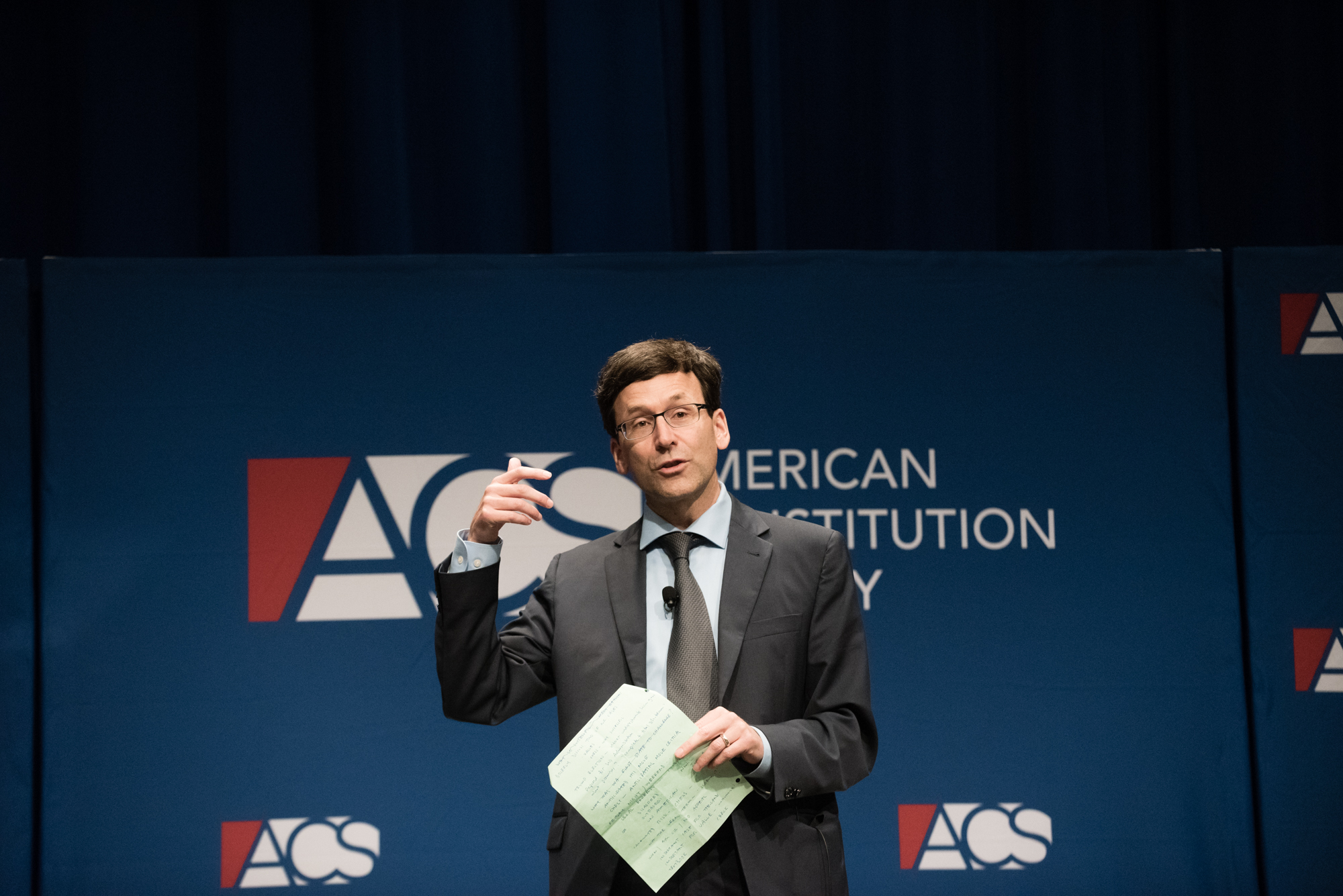 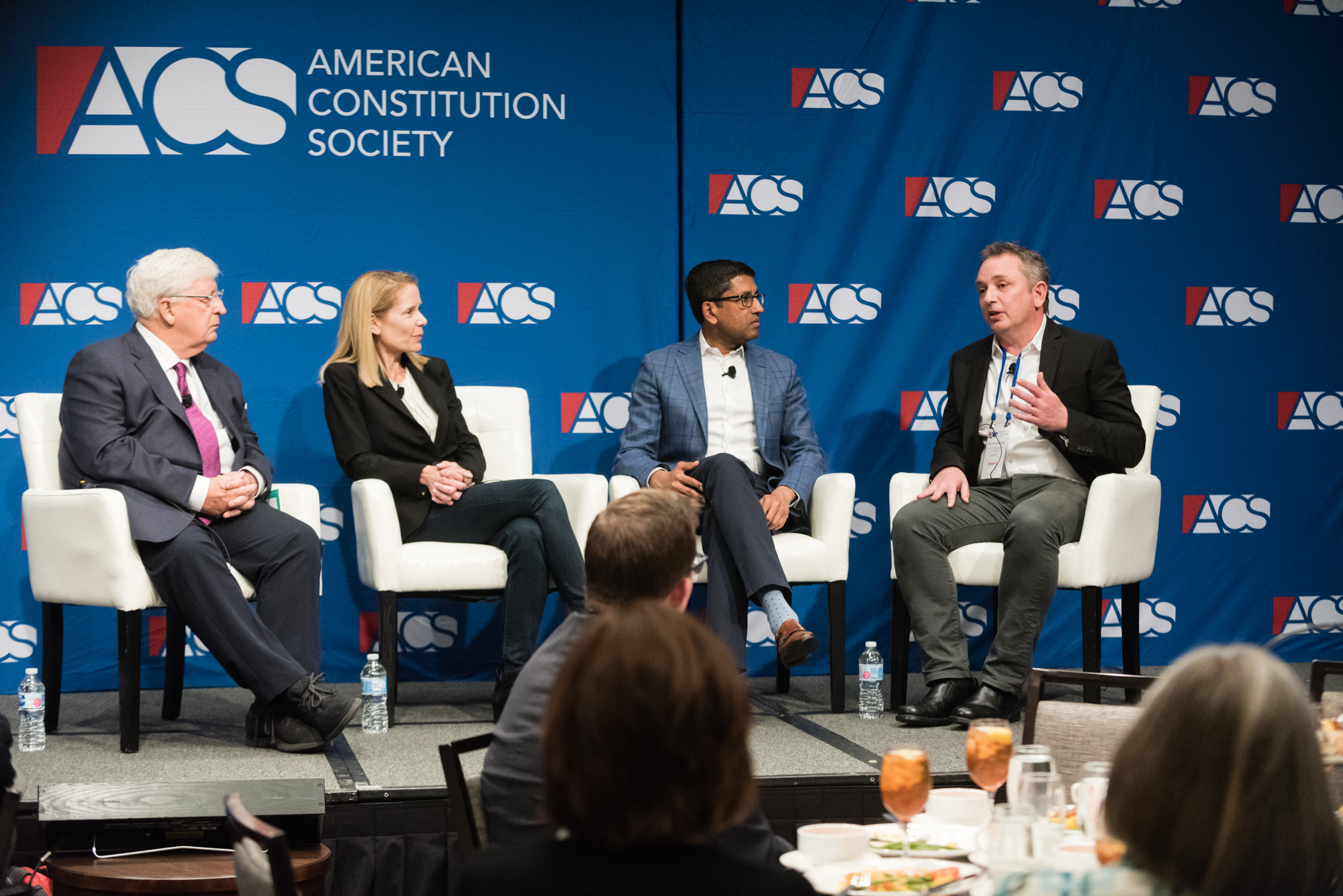 Flipping the Narrative on American Democracy 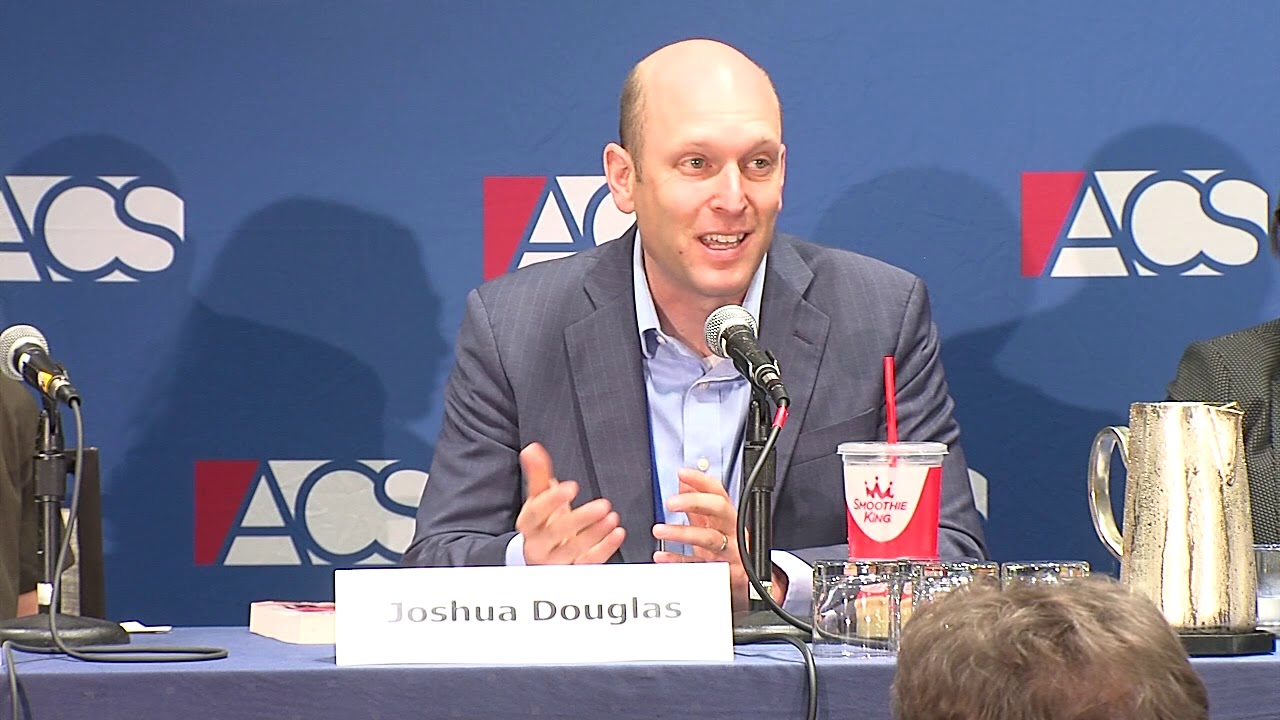 Innovative ideas are on the table that will expand the electorate and ensure that representatives better resemble their constituents. Are we ready to play offense? Will these strategies ultimately strengthen not only voting rights, but also our democratic institutions? Why are these proposals more likely to gain traction than other ideas, and what can be done to support these efforts?

Watch the discussion on innovating and reframing the American electoral system 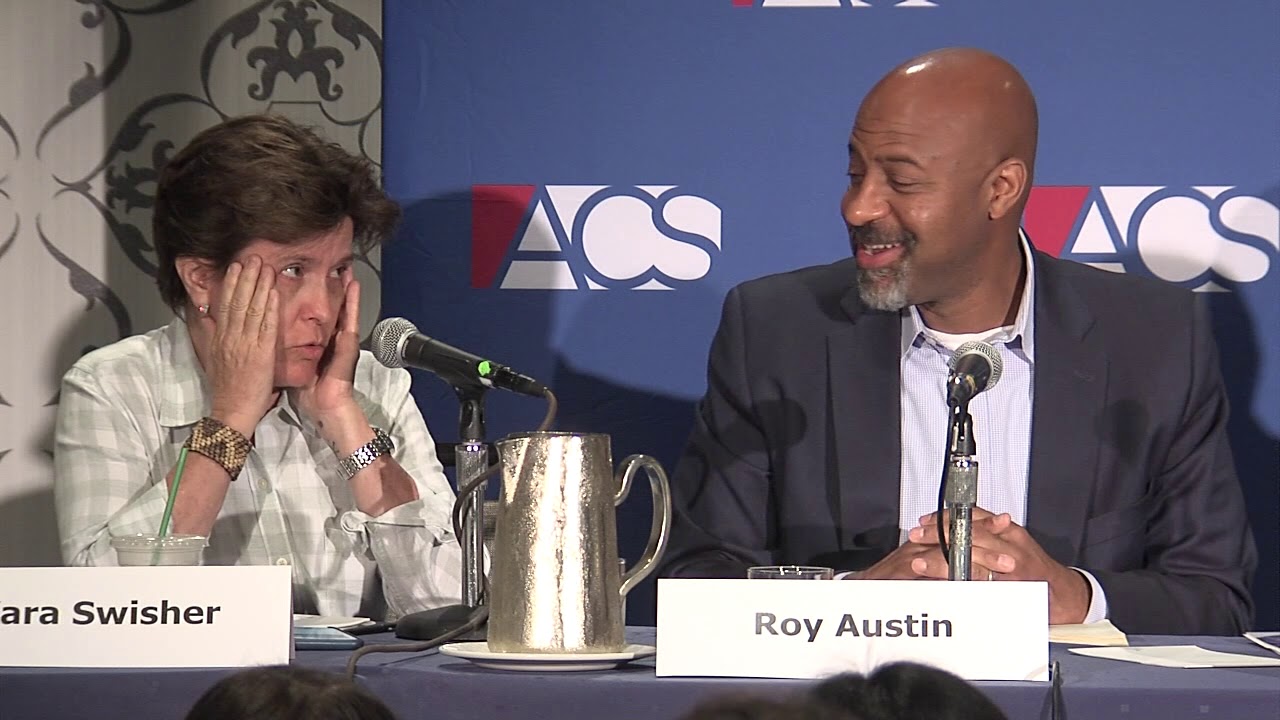 But we do not understand the full range of rewards and risks that arise from the use of this technology and the data accumulation necessary for it to work effectively. Computers make trillions of decisions each day in search results and newsfeeds. How does the data collected affect our constitutional rights, and who's job is it to police emerging tech? 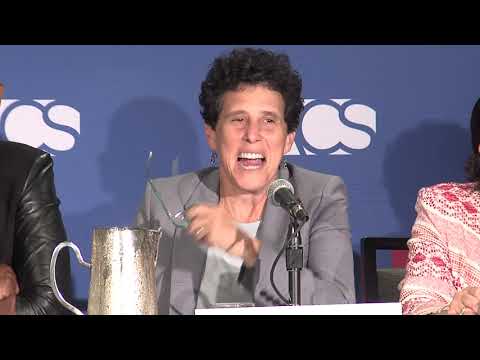 Despite unprecedented numbers of women winning elections across the country and bills and initiatives passed to equal the playing field, women continue to face serious threats in the form of workplace discrimination, reduced healthcare access, and sexual harassment and violence. Moreover, these issues disproportionately impact women of color and low-income women. What legal strategies can be employed to improve gender equality—for all women—and what are the likely obstacles from the courts, the Trump administration, and state and local governments? 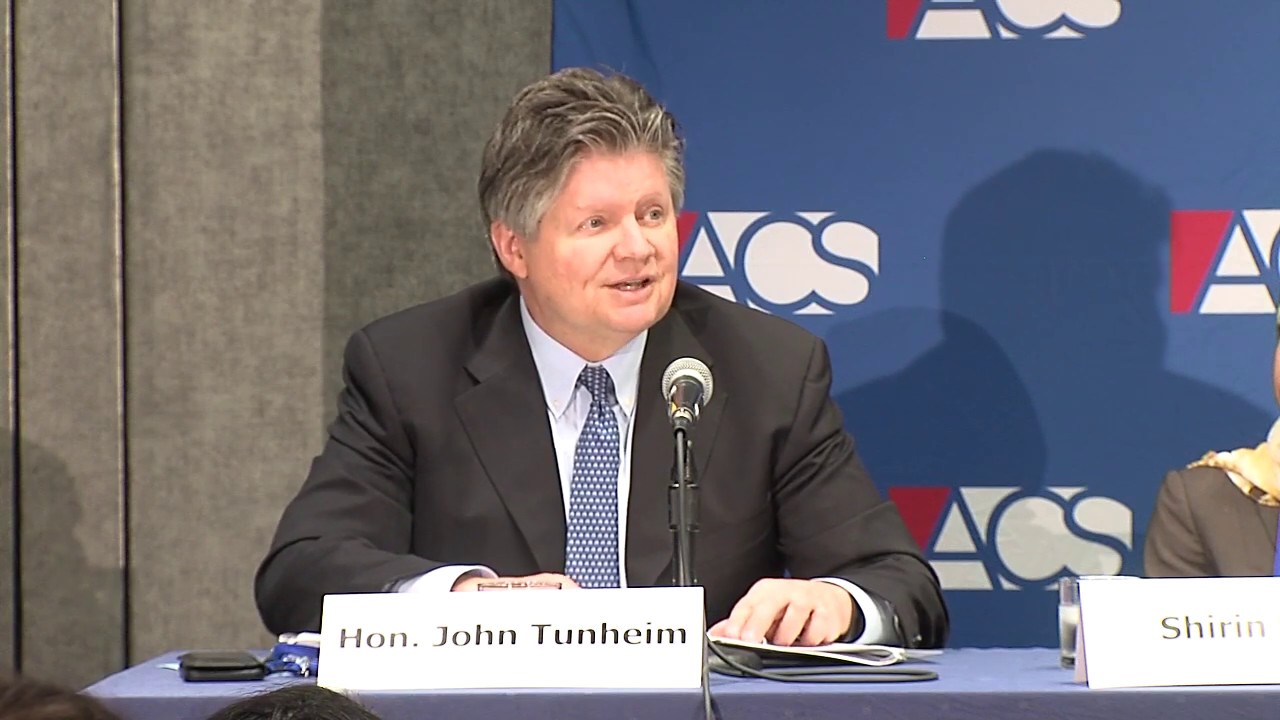 Principles of judicial deference, particularly in the context of national security, are rooted in the acknowledgment that the executive branch is more expert, experienced, and politically accountable than the judiciary. But is judicial deference appropriate when that expertise isn’t consulted, or in fact, repudiates the executive’s claims? Should deference give way when civil rights are in jeopardy? Should there be a more considered approach to when and how courts defer to the executive in these circumstances?

Watch the discussion of the use, or misuse, of deference in national security cases 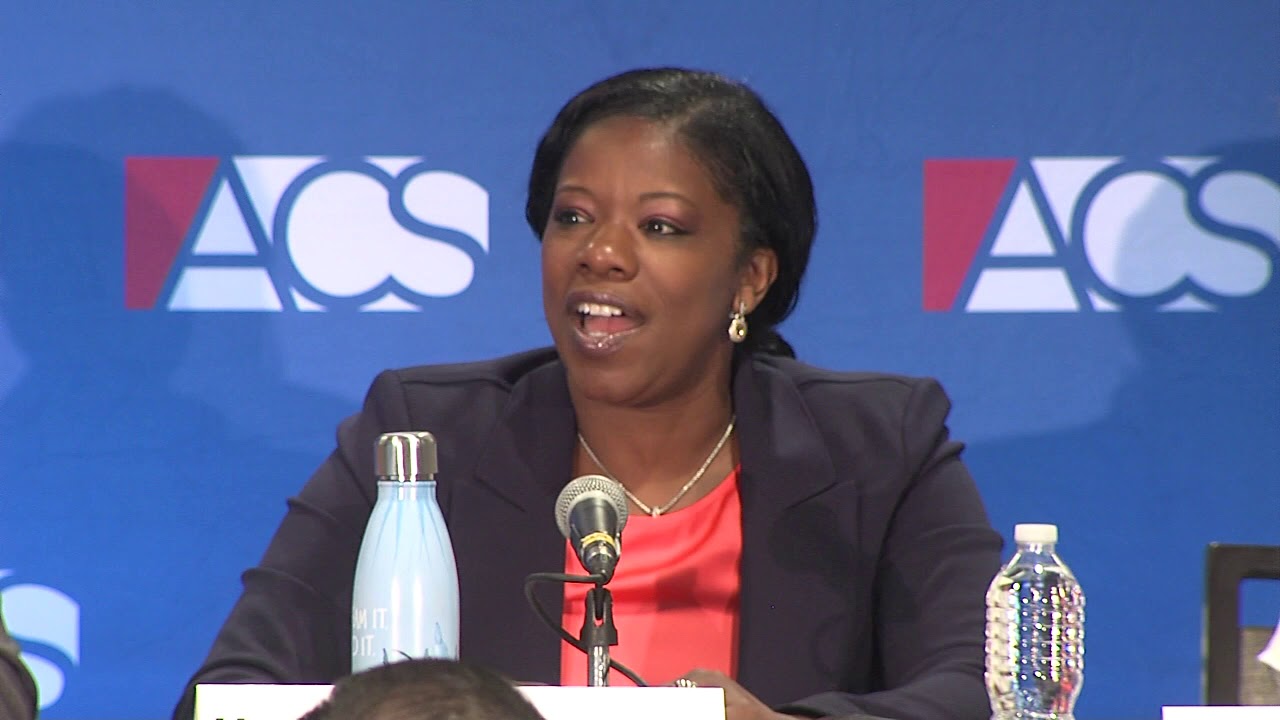 Progressive prosecutors, many of whom are men and women of color, are seeking to leverage their roles as prosecutors to combat racial and economic disparities in the criminal justice system. How can prosecutors use their discretion and influence to pursue racial and economic justice? What constraints, both legal and systemic, limit a prosecutor’s ability to achieve reform? What are the ethical obligations to pursue prosecutions, even in cases where the law disparately impacts people of color or the economically vulnerable?

One Factor Among Many? The Future of Affirmative Action 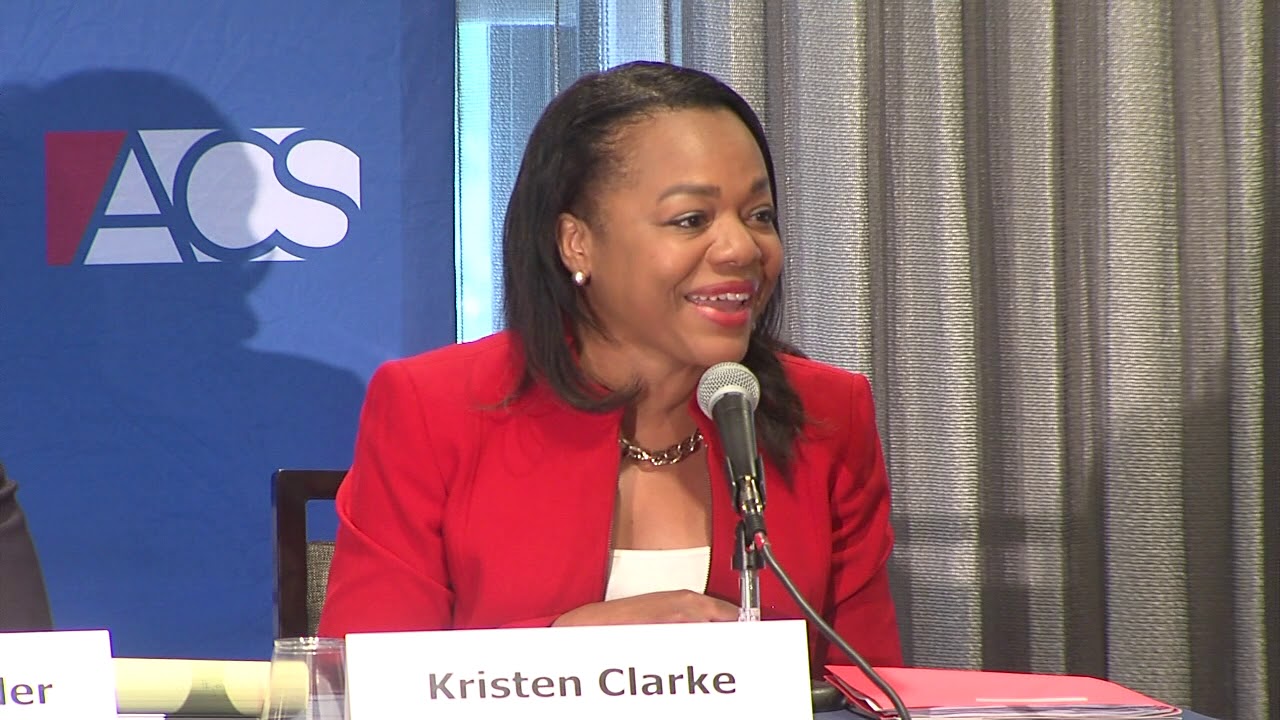 Panelists discuss the state of affirmative action admissions policies in light of a new type of challenge - these lawsuits allege discrimination not against white students, which had been the claim in the previous cases, but against Asian American applicants. Does/should the fact that plaintiffs belong to a racial minority affect the legal analysis in affirmative action cases? And in light of the Supreme Court’s new composition, how likely is this new legal strategy to prevail? 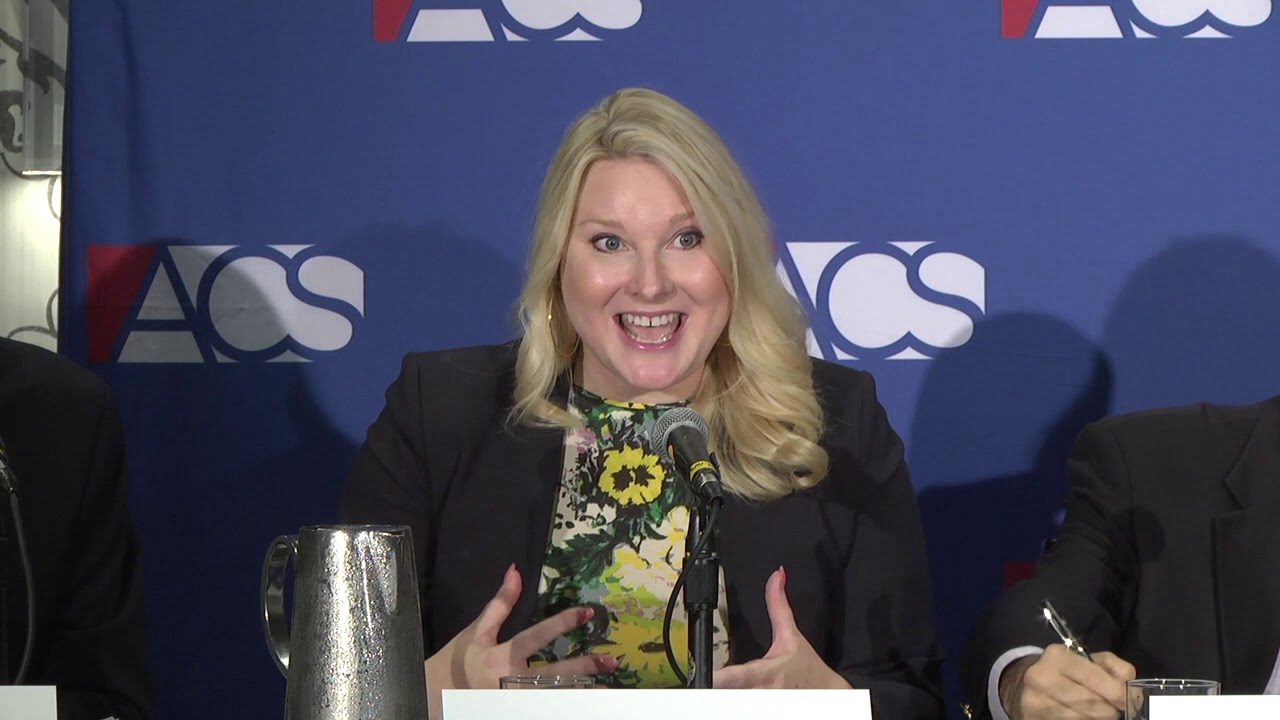 Into the Breach: Relying on State Courts and Constitutions to Safeguard Rights 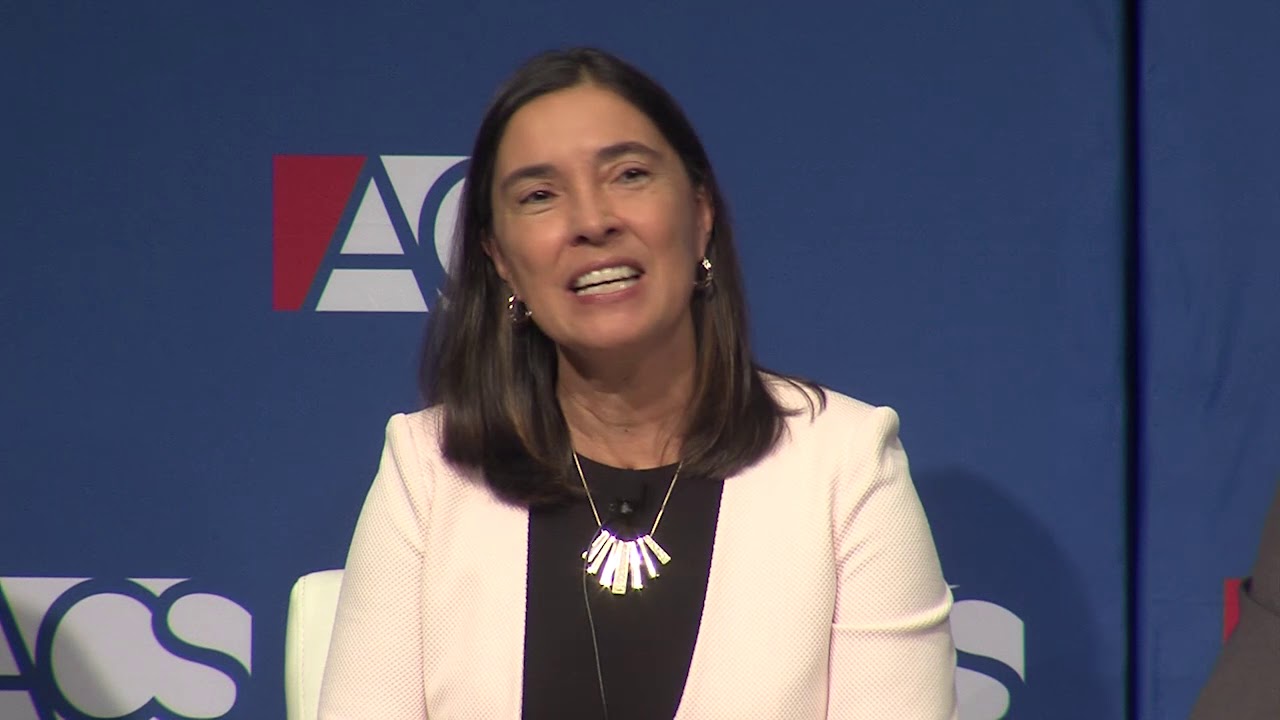 Toward a Progressive Vision of Religious Freedom 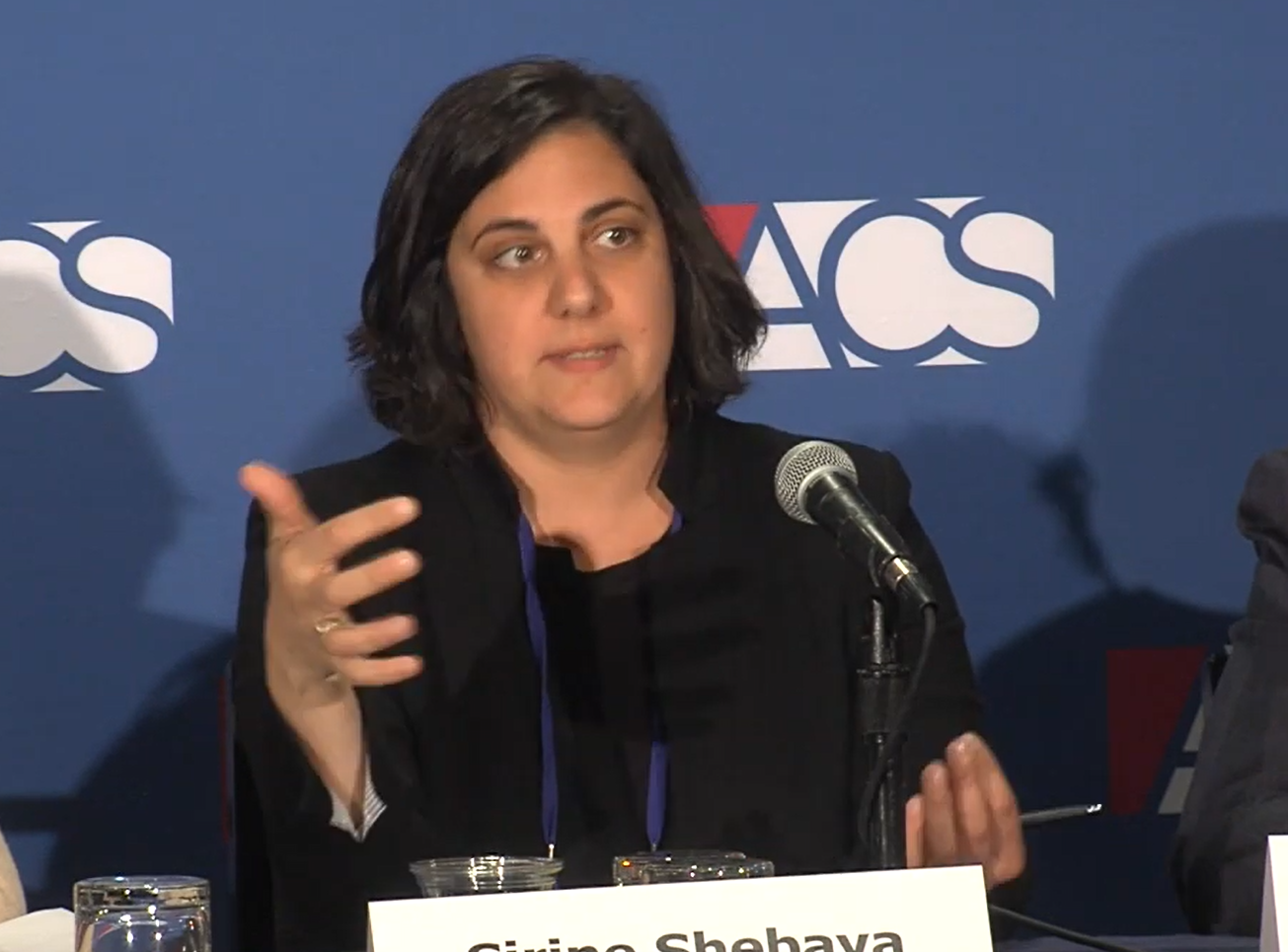 How should progressives respond to conservative efforts to reinvigorate what was once progressive doctrine? Should progressives consider using RFRA to advance their own causes, for example, to assert a right to assist undocumented immigrants or to make decisions about their intimate lives? What would a contemporary progressive view of free exercise look like?

Watch the discussion of a progressive vision of religious freedom