Submissions for the 2023 Carliner Award are now open.

Criteria for the Carliner Award are below:

Applicants will be evaluated on the extent to which their accomplishments exemplify David Carliner’s passionate commitment to one or more of the causes for which he worked: civil rights in a broad sense, civil liberties, international human rights and immigrants’ rights. Successful applicants will have pursued one or more of these causes with unwavering determination, creativity and effectiveness. Additionally, successful applicants will have demonstrated their intent to work in the public interest field throughout their careers

Applicants whose work has focused on policy advocacy or litigation will be looked on with equal favor.

In keeping with the legacy of David Carliner, whose career was devoted to achieving a just and inclusive society for all, women, people of color, people with disabilities and gay, lesbian, bisexual and transgender people are encouraged to apply.

Finalists may be announced at the discretion of the judges. Applicants will be informed of their status in the spring.

Applications must be submitted via email to CarlinerAward@ACSLaw.org. All four documents must be in PDF form and attached to a single email message. Incomplete applications and nominations will not be considered.

“David Carliner was a tremendous advocate for human rights. He was ahead of his time and met incredible resistance for the work he did. We have all benefited from his courageous work.” – Cathleen Caron, 2010 recipient of the Award 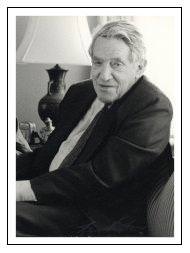 The David Carliner Public Interest Award was established in memory of one of the great public interest lawyers of the 20th Century, David Carliner (1918-2007), a champion of justice in his native Washington, D.C. and on the national stage. A tireless, innovative litigator, he also played a leading role in building institutions devoted to protecting civil and human rights and combating injustice on a systemic basis.

The award recognizes outstanding public interest lawyers whose work best exemplifies its namesake’s legacy. It is also meant to connect the winner’s work to the greater legal community and to provide financial support for both the winner and their organization.

“Winning the David Carliner award was a great honor and a wonderful way to make the necessary connections between criminal justice reform and other progressive movements,” says Peter Wagner, Executive Director of the Prison Policy Initiative and the 2014 Award winner. “For too long, progressive movements have all worked in isolation from each other, but ACS and this award have, like its namesake, highlighted our common struggle for justice and human rights.”

The Award consists of:

ACS is proud to announce that The Arc’s Senior Director of Legal Advocacy and General Counsel, Shira Wakschlag, is the recipient of the 2022 David Carliner Public Interest Award.

Wakschlag is an extremely accomplished and widely respected leader in the area of disability civil rights law. She has led The Arc’s national disability rights litigation practice since 2014, expanding it into a wide-ranging and high impact program that advances the rights of people with intellectual and developmental disabilities under federal disability and civil rights laws and the U.S. Constitution. Her work at The Arc has also been instrumental in highlighting and combatting intersectional injustice in a range of areas including voting rights, special education, the criminal legal system, and medical discrimination.

NWLC’s education equity work seeks to eliminate barriers and gender-based discrimination too many students, face when trying to access quality education, with a particular focus on addressing the needs of girls of color. This includes fighting for Title IX and inclusive school climates, and against sexual harassment and assault, racially disparate discipline, racist and sexist school dress codes, and bias against pregnant and parenting students.

The MacArthur Justice Center’s Supreme Court & Appellate Program fights for civil rights and the rights of the incarcerated in the highest appellate courts in the nation and have won landmark cases regarding police misconduct, solitary confinement, prison conditions, wrongful death, and convictions. The ACLU’s transgender justice work is focused on fighting discrimination against trans people in housing, employment, healthcare, and public places. The program often fights barriers to critical healthcare that trans-gender people need and seeks to safeguard the rights of transgender parents.

ACS is pleased to recognize Amanda Alexander and Allison Riggs for their respective innovative work and commitment to protecting civil and human rights.

Amanda Alexander is a racial justice lawyer and the founding Executive Director of the Detroit Justice Center (DJC). Originally from Michigan, Amanda has worked at the intersection of racial justice and community development in Detroit, New York, and South Africa for more than 15 years. Amanda is a Senior Research Scholar at the University of Michigan School of Law where she taught Law & Social Movements and was an attorney in the Child Advocacy Law Clinic. As a Soros Justice Fellow, Amanda launched the Prison & Family Justice Project at the University of Michigan School of Law to provide legal representation to incarcerated parents and advocate for families divided by the prison and foster care systems. Under Amanda’s leadership, the Detroit Justice Center (DJC), has emerged as a visionary non-profit law firm working alongside communities to create economic opportunities, transform the justice system, and promote equitable and just cities. DJC prioritizes innovative community lawyering that builds up our poorest residents through direct services and novel approaches to land use, housing, and employment.

Allison Riggs is a voting rights advocate and currently serves as the Interim Executive Director and Chief Counsel of Voting Rights at the Southern Coalition for Social Justice (SCSJ). Allison has litigated redistricting cases on behalf of the NAACP Conferences in Texas, Florida, Virginia, and North Carolina. Her voting rights work over the past decade has focused on fighting for fair redistricting plans, fighting against voter suppression, and advocating for electoral reforms that would expand access to voting. In 2018, she argued the Texas redistricting case in the U.S. Supreme Court, and in 2019, she argued the North Carolina partisan gerrymandering case in the Supreme Court. Allison works closely with grassroots organizations and communities of color as they seek to advance their political and civil rights. The Southern Coalition for Social Justice (SCSJ) is a Durham, North Carolina-based nonprofit that partners with communities of color and economically disadvantaged communities in the South to defend and advance their political, social, and economic rights through the combination of legal advocacy, research, organizing, and communications. The Coalition’s voting rights work protects the rights of communities of color by defending the Voting Rights Act through fair redistricting and minimizing election administration practices that threaten free democratic participation in elections.

ACT is a leader in the important fight for Temporary Protected Status (TPS), a crucial humanitarian immigration program that has been targeted by the Trump administration. Under Kassa’s leadership, ACT recruited and organized Sudanese TPS holder plaintiffs from around the country to join Ramos v. Nielsen, the lawsuit challenging the administration’s improper termination of TPS. On the even of Sudan’s TPS ending, a court issued and injunction preventing the administration from ending the program. As a result of this critical victory, over 300,000 Sudanese, Haitian, Salvadoran, Nicaraguan immigrants have kept their legal status while they fight to become permanent residents. In addition to achieving immense legal success, Kassa has also led the effort to empower hundreds of black immigrants through organizing and leadership development, as immigrants directly affected by immigration and refugee policy are often absent from policy debates. ACS has trained hundreds of leaders and brought them to the hallways of Congress to speak on their own behalf.

Fine and Visser Adjoian founded the Youth Sentencing & Reentry Project in 2014 with the purpose of keeping children out of adult jails and prisons and bringing home people who were sentenced as children to life in prison without the possibility of parole. YSRP represents young people who face charges in the adult criminal justice system and in 92% of their cases, YSRP has prevented their clients from going to adult prison. Fine and Visser Adjoian have also led a successful campaign to end Philadelphia’s practice of charging parents for the cost of their children’s incarceration, created a multi-disciplinary pro bono project at the University of Pennsylvania (known as the Youth Advocacy Project) that has trained and supervised some 70 law and social work students to work in teams on behalf of youth charged as adults in Philadelphia, and created an infrastructure for providing mitigation and reentry planning for juvenile lifers in Philadelphia.

Before YSRP, Fine was a Zubrow Fellow in Children’s Law at Juvenile Law Center. Visser Adjoian previously served as Associate Director and Staff Attorney of the Toll Public Interest Center at the University of Pennsylvania Law School.

Since 2008, Becca Heller has gone from being a law student helping six families of Iraqi refugees she met during a summer break to being the leader of an organization providing free, comprehensive legal representation through every step of the registration, protection and resettlement process to refugees seeking safe resettlement. IRAP leverages a growing network of law students from 29 law school chapters and pro bono attorneys from over 75 international firms and corporations to work on the most urgent refugee cases, connecting places with excess legal resources to places with excess legal needs.

In late January, Heller and her team organized thousands of volunteer lawyers at airports around the country to defend the rights of incoming refugees and immigrants caught in the airport chaos created by President Trump’s travel ban. She led a coalition of lawyers and law students with the ACLU, National Immigration Law Center and Yale Law School to secure an emergency Temporary Restraining Order only 24 hours after the Executive Order, preventing the nationwide detention and deportation of any immigrants or refugees.

In 2018, Heller was awarded a Macarthur Genius Grant.

The 2023 Carliner Award recipients will be determined by the following panel of judges:

Carliner in the News