Yes, Every Mueller Document Is Rife With Clues 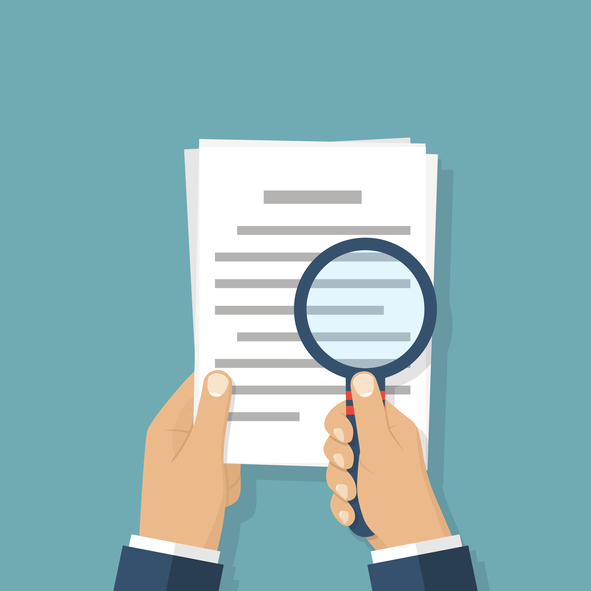 Federal prosecutors – even those not working on cases of major public interest – may well uncover facts in the course of their investigations that if made public would have explosive political ramifications.

But Justice Department rules are extraordinarily strict: Neither prosecutors nor the FBI can tell anyone what they've discovered unless it's in the fulfillment of their official duties.

That's important: the process of investigation often turns up things that are not true, or do not amount to crimes, but that could nevertheless ruin reputations. (The November 2017 update of the U.S. Attorney's Manual includes new language about the "General Need for Confidentiality" that is different, but consistent, with the previous version.)

Not everyone follows those rules. Special counsel Kenneth Starr, who serially investigated Bill and Hillary Clinton in the 1990s, ran an office that was notorious for leaking profusely to reporters. Plus, he was instructed to file an extensive report to Congress and a judge approved the almost unprecedented release of the related grand jury transcripts. So we learned an awful lot about his investigation, both in real-time and soon after.

By contrast, special counsel Robert Mueller's investigation into possible Trump campaign collusion with the Russians has been remarkably leak-free. As far as I can tell, all the folks talking to the press are either witnesses or their confidantes.

The only information coming out of Mueller's office is in the way of a growing number of official court filings. On December 1, he released a criminal information, statement of the offense, and plea agreement related to Mueller's indictment of former national security adviser Michael Flynn for lying to the FBI.

Those documents are rife with clues about what Mueller has been finding out; for instance, he was exceedingly specific about what Flynn was lying about and when and to who. It is of course possible that the inclusion of all those clues was accidental, and simply the inevitable byproduct of a necessary legal maneuver. But it's more likely that the timing and the details are all Mueller's way of providing the public with as much information as he legally can.

As a result, the extraordinarily close scrutiny of these documents by the media is not only entirely appropriate, it is necessary. (See, for instance, Charlie Savage's deconstruction and former U.S. attorney Harry Litman's 10 Key Takeaways in the New York Times.)

If every fact that Mueller provides is a dot, connecting them is the obvious next step. This is a time for informed speculation, ideally informed by people knowledgeable about how federal public corruption cases work. (University of Chicago Law professors Daniel Hemel and Eric Posner's informed speculation on the Trump campaign's apparent violation of the Logan Act is a good example.)

Some observers made the mistake of thinking that Flynn only being charged with lying to the FBI meant that Mueller is coming up empty and the story is dying down. But almost every fact Mueller has now established on the record leads to new questions – particularly when examining Trump's contemporaneous tweets alongside his new ones.

On December 4, Mueller's team filed a brief arguing against any easing of the bail conditions for former Trump campaign director Paul Manafort, who was indicted in October for money laundering. The brief said Manafort should not be trusted because he was violating the district court's gag order.

But it was clear to observers that the brief's contents had at least as much to do with messaging as with the law. The brief stated that Mueller's team had discovered that Manafort was ghostwriting an editorial regarding his political work for Ukraine, along with "a long-time Russian colleague of Manafort's who is currently based in Russia and assessed to have ties to a Russian intelligence service."

That was a Mueller shot-across-the-bow to Manafort and any other witnesses and subjects in the investigation, warning them not to mess with him. But it was also another major public clue that Mueller has information about Russian contacts with Trump campaign officials that hasn't come out yet.

Reportage of this story has been aggressive. But even when prosecutors lay down a trail of breadcrumbs in their official statements, establishment-media reporters don't always follow them.

Case in point, establishment journalists covering the Scooter Libby trial in 2007 consistently stopped short of reporting the obvious conclusion to which special prosecutor Patrick Fitzgerald repeatedly pointed: that the case was not really about Libby at all, but about Vice President Dick Cheney, the man who Libby was lying to protect. (See my washingtonpost.com column at the time: The Cloud Over Cheney.)

Libby, of course, famously lied to the FBI, denying that he had told any journalist about Valerie Plame's identity as a CIA operative in an attempt to discredit her husband, Iraq war critic Joseph Wilson. As Fitzgerald made abundantly clear in his rapid-fire closing statement, on February 20, 2007, he was lying to protect Cheney, who had sent him out to do so.

"There is talk about a cloud over the vice president. There is a cloud over the White House as to what happened. Don't you think the FBI, the grand jury, the American people are entitled to a straight answer?" Fitzgerald asked.

Fitzgerald argued that the No. 1 talking point drafted at Cheney's direction -- "It is not clear who authorized Joe Wilson's trip to Niger" -- was a de facto instruction to Libby and others to discuss Valerie Plame.

Libby, he said, "stole the truth from the judicial system."

The Washington Post, the New York Times and the Associated Press, among others, didn't write that story the next day. Instead, they simply summarized the fireworks of the dueling closing arguments.

It's an object lesson in the importance of reporting the dots – but not just stopping there.

It took Fitzgerald nearly two years to indict Libby – so Mueller is obviously working at a brisker pace. Nevertheless, he is slowed by the need to put his case together meticulously. And unlike Starr, he has not been given either orders or permission to submit a report to Congress. (See our May 24, 2017, blog item: We Can't Count on Robert Mueller to Tell Us What We Need to Know.)

So, with Mueller so constricted in how and what he can say publicly, it's worth considering everything he says as a clue. And with Trump himself being one of the few people who knows what Mueller could be finding out, it's worth considering that his tweets and comments attempting to delegitimize the FBI, the special counsel, and the judiciary itself, are themselves clues as well.