Why Obstruction of Congressional Investigations Could Be Grounds for Impeachment 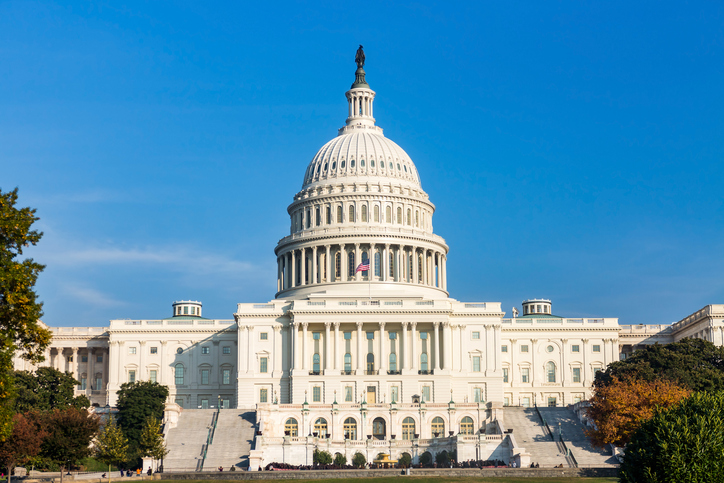 Overseeing the executive branch is one of Congress's most important responsibilities, with impeachment being the most solemn and severe form. The power of Congress to investigate is fundamental to our system of checks and balances. When a president broadly obstructs Congress’s oversight function, especially during an impeachment investigation, it undermines that system and may violate the president’s constitutional obligation to “take Care that the Laws be faithfully executed.” Accordingly, in grave cases, that obstruction can qualify as an independent basis for impeachment.

In our daily politics, congressional oversight can often look like squabbling between political rivals in Congress and the White House. Dueling letters and rhetorical performances at hearings look a lot like all our other political fights.

But congressional oversight is rooted in the Constitution and our system of co-equal branches of government, and it is often how the separation of powers is manifested. The Supreme Court has held that Congress’s power to investigate is “essential and appropriate” and that it must be backed by “means of compulsion ... to obtain what is needed.” The power is “penetrating and far-reaching” and is at its zenith when used to “inquire into and publicize corruption [and] maladministration” in government. When a president improperly obstructs valid congressional oversight, Congress has several means of recourse, from holding officials in contempt and seeking judicial intervention, to using the power of the purse to compel cooperation, to — at least historically — detaining or fining officials under its “inherent contempt” powers.

Impeachment is perhaps Congress’s most potent way to hold government officials accountable. And in the past, Congress has cited obstruction of congressional oversight as a basis for impeaching a president. The second article of impeachment against President Richard Nixon included the allegation that he failed to act “when he knew or had reason to know that his close subordinates endeavoured to impede and frustrate lawful inquiries by duly constituted ... legislative entities.” The third article of impeachment cited Nixon for having failed “without lawful cause or excuse to produce papers and things as directed by duly authorized subpoenas issued by the Committee on the Judiciary of the House of Representatives ... and willfully disobeyed such subpoenas.” In other words, the House Judiciary Committee approved articles of impeachment against Nixon for obstructing congressional oversight.

The fourth article of impeachment against President Bill Clinton — passed by the Judiciary Committee but not adopted by the full House — claimed Clinton “impaired the due and proper administration of justice and the conduct of lawful inquiries, and contravened the authority of the legislative branch and the truth seeking purpose of a coordinate investigative proceeding.” It cited Clinton for failing to respond to certain written requests and for making false and misleading sworn statements in response to congressional requests.

It is clear, however, from historical practice, constitutional design, and politics that impeachment is not appropriate every time Congress’s efforts to investigate a president are stymied. Not all noncompliance with oversight is impeachable or even wrong. The separation of powers contemplates a struggle between the executive and legislative branches. Legitimate volleys in that struggle should not be impeachable — the difference between negotiation and obstruction in the context of congressional oversight is often in the eye of the beholder. Many members of Congress have described accommodation efforts as obstruction.

Whether a president’s refusal to cooperate with congressional investigations rises to the level of an impeachable offense should turn, at least, on two factors. First, drawing from the law of obstruction of justice, Congress should find the president has acted with corrupt intent vis-à-vis oversight requests. Not all acts that could “obstruct” a criminal case are appropriately charged as obstruction of justice, such as filing a good faith motion to quash a subpoena or validly asserting one’s Fifth Amendment rights. In contrast, tampering with witnesses or destroying evidence can warrant a criminal charge.

Likewise, to rise to an impeachable offense, obstruction of congressional oversight should include some level of corrupt mens rea. Professors Daniel Hemel and Eric Posner argue for a meaningful mens rea standard when analyzing when a president, who runs the Department of Justice, can be said to have engaged in obstruction of justice. They argue a president may commit obstruction of justice if he or she “significantly interferes with an investigation, prosecution, or other law enforcement action to advance narrowly personal, pecuniary, or partisan interests.” They contrast that with a decision to stop a prosecution that might expose a covert operative.

A similar standard is appropriate in the congressional oversight context. If the president blocks inquiries to protect his personal, pecuniary, or partisan interests — as opposed to the public interest — he or she may be said to be “obstructing.” Likewise if the president refuses to turn over information based on invalid legal theories or in defiance of a court order. For example, the articles of impeachment against Nixon asserted he thwarted congressional requests for information “without lawful cause or excuse,” to protect himself based on improper assertions of privilege.

Trump’s total war on oversight presents a challenging question for impeachment. On matters grave and small, he has directed his administration to resist all scrutiny, famously saying he was “fighting all the subpoenas” and pledging to adopt a “warlike posture” to investigations. While many of the issues at stake do not implicate the president’s personal interests — many do, of course — the aggregate level of defiance is unprecedented and highly problematic. Impeachment for such conduct would be equally unprecedented but not necessarily improper. Congress would need to tie the aggregate defiance to a corrupt intent. For example, evidence that Trump ordered the blockade of all oversight to lend cover to one area in which he needed to protect himself would show the blockade is self-interested. And conceivably Congress could make the case that the total scale of the blockade reflects a corrupt approach to governance and a violation of Trump’s presidential obligations. But the case would need to be very compelling or it would risk turning routine oversight negotiations into scandals, which historically they are not.

The second factor in determining whether a president’s actions rise to the level of impeachment is the severity of the obstruction. Routine separation-of-powers struggles over oversight should not be sufficient. Impeachment is most appropriate where the obstruction (a) substantially thwarts (b) a legitimate congressional inquiry (c) into a matter of significant constitutional or legal importance.

When the president crosses this line is always going to be a matter of debate. With Nixon and Clinton, the alleged obstruction came in the context of impeachment proceedings, meaning that the House had already determined that the subject matter of its investigations met the threshold for impeachment. If, as with the Trump administration, obstruction of an impeachment inquiry is part of a consistent pattern of obstruction of all oversight, then that broader narrative could serve as atmospheric evidence in support of impeachment.

Nevertheless, impeachment for obstruction of oversight is probably best paired with a substantive basis for impeachment. Demonstrating the severity of the underlying conduct that is being investigated would help show why the obstruction of congressional oversight is also severe. In addition, before pursuing impeachment for obstruction of oversight as a stand-alone charge, Congress should also consider whether its other tools, such as the power of the purse or enforcement of a subpoena in court, provide an alternative mechanism to obtain compliance with its demands.

Our constitutional system depends on checks and balances. Thwarting Congress’s ability to check the president undermines that system and makes our government less accountable. It is no surprise that Congress has previously found obstruction of oversight to be an impeachable offense. The current administration’s wholesale blockade of oversight presents an unprecedented fact pattern for potential impeachment. But as of this writing, it appears Congress will not be faced with the question of whether to pursue obstruction as a stand-alone basis for impeachment. Instead, the administration’s posture toward accountability will be considered alongside alleged cases of brazen misconduct.