What’s a Posse Comitatus, Anyway? The Military Role at the Southern Border 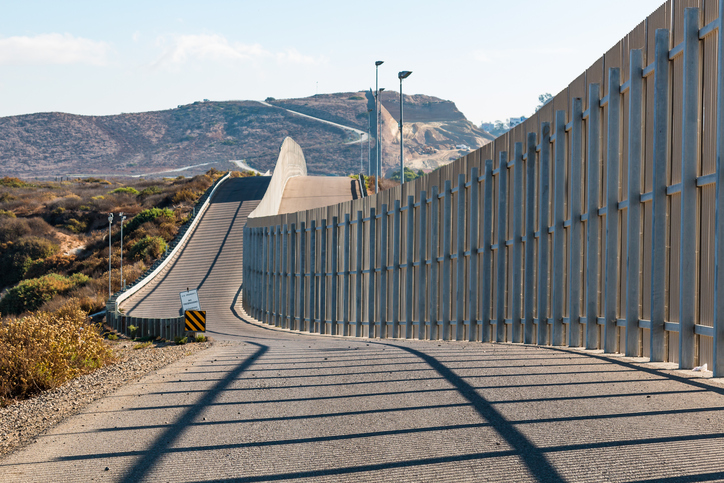 For several weeks President Donald Trump has railed against the threat posed by an “invasion” of migrants making their way toward the southern U.S. border. In October, the President responded to the supposed threat and deployed more than 5,000 regular Army troops to the southern border, supplementing state-deployed National Guard soldiers already there. Any hope that the soldiers would be recalled to their bases after the midterm elections was fleeting. Meanwhile, in an extraordinary “Cabinet order” signed on November 20 by White House chief of staff John Kelly, President Trump authorized active duty soldiers to perform functions in defense of border agents – including use of lethal force – that challenge the longstanding statutory presumptions against military involvement in domestic law enforcement enshrined in the Posse Comitatus Act (PCA).

Kelly’s November 20 memorandum authorizes troops to “perform those military protective activities that the Secretary of Defense determines are reasonably necessary” to protect border agents, including “a show or use of force (including lethal force, where necessary), crowd control, temporary detention, and cursory search.” It asserts that “credible evidence and intelligence” asserts migrant caravans moving toward the southern border “may prompt incidents of violence and disorder that could threaten” Customs and Border Protection and other government personnel and “prevent them from performing the Federal functions necessary to secure and protect the integrity of the southern border.”

The memorandum authorizes the Secretary of Defense to order deployed regular military to perform the activities quoted above, while in the next sentence it forbids soldiers from conducting “traditional civilian law enforcement activities, such as arrest, search, and seizure in connection with the enforcement of the laws.” Secretary Mattis defended the order on November 21, stating that “we don’t have guns in their hands right now. . . . I will determine it based upon what DHS asks for and a mission analysis.” In response to a follow up question about the use of force, Mattis said “they’re not even carrying guns, so just relax. . . . Don’t worry about it, OK?”

What about the “crowd control, temporary detention” and “cursory search” permitted by the order? Secretary Mattis responded to a question about involvement in law enforcement this way: “We do not have arrest authority. Detention, I would put it in terms of minutes. . . . [We would stop an assault on a CBP agent] and deliver them to a Border Patrol man, who would then arrest them.”

The Latin term posse comitatus translates literally as “power or authority of the county,” but it connotes a body of persons summoned by the sheriff to assist in keeping the peace or enforcing the law. Historically, those summoned might be either civilian or military. The PCA was enacted in 1878 as part of a political deal to resolve the disputed presidential election that year and resulted in removing federal troops from polling places in the south, where they had protected the voting rights of new black citizens. Over time, the PCA has come to symbolize our national disinclination to involve the military in domestic affairs, except in extraordinary circumstances.

The PCA and its contemporary service branch regulations prohibit the military (except the Coast Guard) from enforcing domestic laws unless authorized by Congress or the Constitution. The default prohibition does not apply to National Guard troops acting under a governor’s authority. Because immigration and border enforcement is a federal law enforcement mission, state-deployed National Guard troops likewise cannot participate in direct law enforcement activities at the border. Earlier this year National Guard troops were deployed to the southern border under the command of border state governors. Those forces were specifically prohibited from conducting arrests and could not use surveillance equipment pointed toward Mexico. Presidents Barack Obama and George W. Bush similarly deployed National Guard troops to the border to combat drug smuggling and related violence. The drug operations are specifically authorized by federal statute.

According to the Constitution, the federal government has the authority to deploy federal military forces to an incident in a state only if the crisis is especially grave. The best legal argument for the Cabinet order is to accept its claim that there is “credible evidence and intelligence” that migrants moving toward the southern border “may prompt incidents of violence and disorder.” If CBP personnel are in danger and cannot reasonably perform their border control and federal law enforcement tasks, then the President as Commander in Chief may act with a species of his defensive war powers – repelling an attack on the United States or its personnel. The scope and limits of this power are uncharted in circumstances like these.

Absent some version of this constitutional authority, the Cabinet order authorizes active duty military to act in violation of the PCA. The limited judicial record interpreting the PCA suggests that the legal line has been crossed if the military engages in activities that are “regulatory, proscriptive, or compulsory” or “direct.” Temporary detention and cursory search certainly meet the test. Of course, the PCA is a criminal law and requires federal prosecution to enforce its terms. There have been no reported prosecutions of the PCA.