'To Promote the General Welfare' 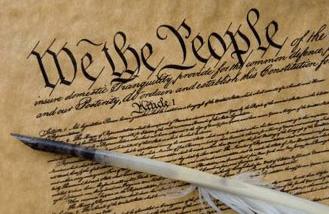 The national Constitution is a singular document, but it is not unique. All 50 states of the U.S. and Puerto Rico have their own constitutions, some of which -- through text or interpretation -- stake out approaches that are very different from the federal document. It is worth thinking about the alternative paths that these state documents take, and the possibilities that they raise, as we celebrate and critique the national Constitution on this Constitution Day.

This entry focuses on one area of significant difference between state and federal constitutions: their treatment of economic and social rights.

The national Constitution addresses economic and social rights prominently but with little specificity. The Preamble states that an overriding purpose of the U.S. Constitution is to “promote the general welfare,” indicating that issues such as poverty, housing, food and other economic and social welfare issues facing the citizenry were of central concern to the framers. However, the Bill of Rights has been largely construed to provide procedural mechanisms for fair adjudication of those rights rather than carving out claims on the government to ensure that individuals actually have any social and economic assets to protect. Efforts to convince courts of alternate constitutional interpretations have generally failed. The Supreme Court has ruled, for example, that while the due process clause of the 14th amendment ensures fair processes for welfare recipients, there is no underlying constitutional right to a minimum standard of living. Similarly, the Supreme Court has not found a general right to education derived from the more explicit constitutional guarantees of political participation and equal protection that might be deemed to presuppose an educational baseline.

Many state constitutions, in contrast, articulate positive rights to welfare, health, education, and the right to work. One of the most specific of these provisions, article XVII of the New York State Constitution, states that “the aid, care and support of the needy are public concerns and shall be provided by the state…in such manner and by such means” as the legislature shall determine. The Constitution of North Dakota provides a similarly specific right to education, stating that “the legislative assembly shall provide for a uniform system of free public schools throughout the state.” Alaska’s constitution, adopted at the time of statehood in 1959, addresses the public health of state inhabitants, as does Hawaii’s, which states that “the State shall provide for the protection and promotion of the public health.” Finally, many state constitutions also address the affirmative right to work and the right to organize as members of trade unions. For example, the New York State Constitution states, “employees shall have the right to organize and to bargain collectively through representatives of their own choosing.” Several state constitutions also specifically address working hours and working conditions.