Karl A. Racine District of Columbia Attorney General and President of the National Association of Attorneys General 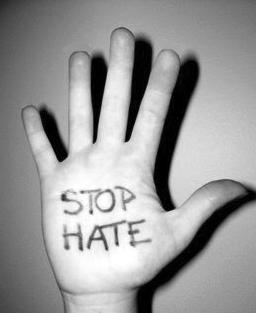 Twenty years later, it’s a question that I and millions of Americans are asking today. My 9/11 story began like many other Americans. It seemed like another ordinary day.

I was working at UBS Financial Services in Washington D.C. – a brief stint before returning to public service. After surviving the District’s notorious rush hour traffic, I made it to the office by 8 a.m. Then, I saw the breaking news alert – a second airplane struck the South Tower of the World Trade Center.

A week later, I went up to New York to volunteer with the relief effort by providing food and supplies to first responders. The mood was somber, but it was also filled with a sense of resilience and perseverance. During those dark days, our country was united. In the days and months that followed, we didn’t see each other through our traditionally prescribed political labels – instead, we were Americans. Americans who felt connected by our common humanity.

In the two decades that followed, our country waged a global war against terrorism to eliminate terrorism at its source. As we’ve learned, however, terror and hate know no boundaries and are pervasive and growing threats here at home. The domestic threat may be cloaked in different clothes, rituals, and names but is just as insidious and destructive. And we have yet to unite around confronting hate at its source.

For those impacted by hate, their loved ones, and their communities, the ramifications of hate are very real and will never be forgotten.

I’m thinking of: Satwant Singh Kaleka in Oak Creek, Maura Binkley in Tallahassee, and Heather Heyer in Charlottesville, all killed at the hands of domestic terrorists.

I’m thinking of the attack at the Tree of Life synagogue in Pittsburgh, the Walmart in El Paso, or the Atlanta-area spas just earlier this year.

And then there’s Brian Sicknick – a brave member of the U.S. Capitol Police who tragically died the day after he fought off domestic terrorists trying to infiltrate the Capitol on January 6.

To honor those we’ve lost, we must come together to address the threat of domestic terrorism and more dangerously – the threat of unbridled hate. Hate has been part of our country’s history and our present, but it doesn’t have to be our future. It seems like a daunting task to stop the spread of hate – but we must try. That’s why as the 2021 president of the National Association of Attorneys General, I’ve been conducting a year-long inquiry into hate and what I’ve learned is there are tangible steps that we can take to address hate.

First, we must understand the full extent of the threat, and the mechanisms that allow hate to flourish. Next, we must repair the harm hate has caused and the societal cleavages that allow hate actors to exploit our fissures. I don’t believe we can eradicate hate, but we can create a society that resists the allure of hate regardless of its mask, supports those who have experienced it, and bends toward cohesion in the midst of adversity.

To understand the threat hate portends, we must address gaps in hate crimes data at the state and federal levels. The FBI recently reported that the number of hate crimes in the United States rose in 2020 to the highest level in 12 years – propelled by increasing assaults on Black and Asian-Americans. In all, the bureau counted 7,759 hate crimes last year marking a six percent increase from 2019 and the most since 2008. While this data gives a fuller picture of the problem, the majority of hate crimes go unreported by both the people who experience them and by law enforcement who do not provide this data to the federal government. These gaps leave various levels of law enforcement with an incomplete picture and ill-equipped to allocate appropriate resources.

Earlier this year, I led 34 other attorneys general in advocating for the passage of the federal No Hate Act, which authorizes necessary resources for each state to improve reporting and increase community awareness. It’s an important first step, however, each state should legislate mandatory hate crimes reporting to the federal government to help fill this gap. However, data collection and reporting are just the beginning.

We must confront the factors that facilitate hate and allow hate actors to radicalize and recruit. The most obvious culprit here is social media. For too long, big tech has created a virtual safe haven for hate actors. Advocacy groups and think tanks like the Anti-Defamation League, Counter Extremism Project, Center for Countering Digital Hate, and dozens more agree that big tech fails to act even when they know extremists are using their platforms to peddle misinformation to fan the flames of hate. In each of the horrific acts of terror previously mentioned, the perpetrator engaged with or sought inspiration from hate actors online.

Even worse, big tech profits from online hate. For example, in the wake of the January 6 attack, Facebook targeted advertisements for military tactical gear and weapon accessories to users who were following extremist content. They were quietly profiting from these advertisements despite their claims that they would not tolerate their platform being used to incite violence. I joined forces with other attorneys general to shine light on this duplicity and urged them to halt these advertisements until after the inauguration. Big tech has proven that they value profit over public safety and there must be accountability and change.

Finally, where hate has already taken place, we must work to repair the harm. The impact of resulting trauma – be it hate crimes or institutional racism – can be long-lasting and generational. In both cases, the trauma inflicted on individuals and communities can leave them, and their children and grandchildren, crippled with despair and grief that can impact their ability to flourish.

Restorative justice can be a mechanism through which healing begins both for the survivor and the perpetrator. Restitution is also a means to support survivors. My office worked to pass local legislation to give us the authority to bring civil-charges against perpetrators of bias-motivated crimes. Combined with our restorative justice program, I’m confident that we can ensure accountability and begin to repair harm. There is no one size-fits-all approach to survivor support but these are tools that should be in each state’s toolkit.

On this 20th anniversary of 9/11, we solemnly remember the lives of those we lost, and we should also remember that our country has the capacity to come together to solve big challenges. While foreign threats are still prevalent, we must acknowledge that today, the biggest threat to the fabric of our nation is unbridled hate and we must unite to address the systems, policies, and actors that perpetuate it.

To address acute and institutional forms of hate, all of us must commit to acknowledging these basic truths of our past, work to address the legacies of hate that exist today, and repair the damage that has been done to our communities. We must commit to shedding our role as passive bystanders and instead, take action.

What’s at stake is nothing less than our common humanity – we must stand up for it.