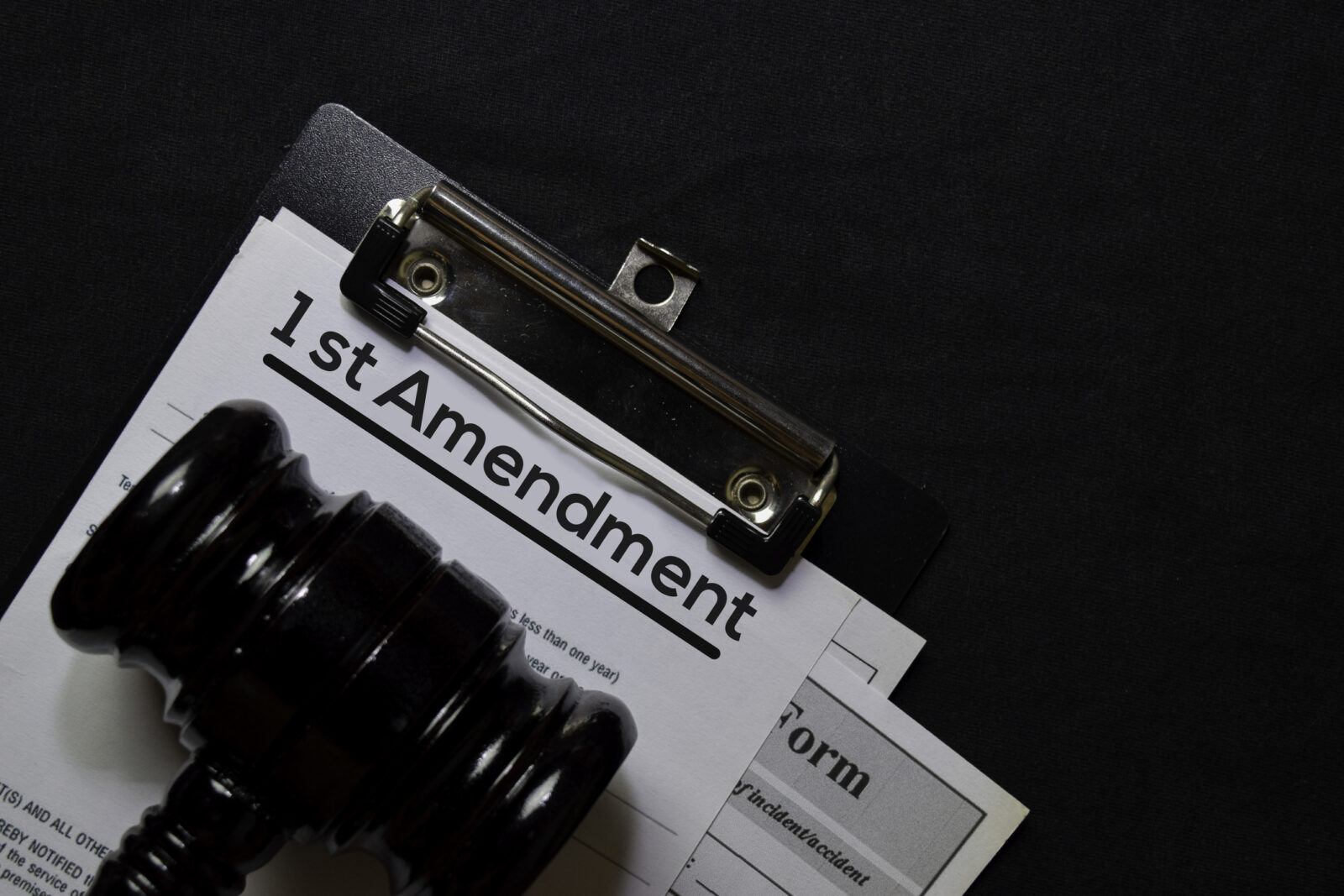 In December of 2005, the New York Times published a blockbuster story by James Risen and Eric Lichtblau entitled Bush Lets U.S. Spy on Callers Without Courts. Risen and Lichtblau reported that the Bush Administration had, since shortly after 9/11, authorized the National Security Agency to wiretap certain calls between the United States and abroad without warrants, despite a longstanding statutory prohibition on warrantless wiretapping of calls between the United States and other nations. Risen and Lichtblau won a Pulitzer Prize for the series, which the Pulitzer committee described as “carefully sourced stories on secret domestic eavesdropping that stirred a national debate on the boundary line between fighting terrorism and protecting civil liberties.”

A key source for the Times story, and a second person who was wrongly suspected of being a source, fared considerably less well than the reporters. Former Justice Department lawyer Thomas Tamm discovered the secret NSA program in 2004. Troubled by what he had learned and dissatisfied with the responses he received when he questioned his supervisors and a Senate Judiciary Committee staffer about the program, Tamm contacted the New York Times and became a source for the series that Risen and Lichtblau eventually published. After investigating Tamm and discovering his communications with the former Senate staffer, the FBI raided Tamm’s house in 2007. Tamm remained under criminal investigation until the Obama Administration dropped the matter in 2011. During the same time period, the FBI also came to suspect former NSA employee Thomas Drake of being a source for the New York Times series. The suspicion apparently stemmed from Drake’s cooperation with a complaint made by several of his colleagues to the Defense Department’s Inspector General, despite the Department’s obligation to protect complainants’ identities. Although Drake was not a source for the Times story, he was a source for a different story in the Baltimore Sun, and the Justice Department eventually threatened to prosecute him for leaking classified information to the Sun reporter. The Justice Department raided Drake’s home in 2007, and in 2010 indicted him for unlawfully retaining classified information. In 2011, Drake pled guilty to a single misdemeanor count of exceeding his authorized access to government computers. At the sentencing hearing, Judge Richard D. Bennett called it “ ‘unconscionable’ that Drake and his family were dragged through ‘four years of hell’ only to have prosecutors ultimately back down on all felony charges.’”

The Tamm and Drake investigations, and Drake’s prosecution especially, were early harbingers of a government crackdown on leaks of classified information to the media. Prior to 9/11, the U.S. government had undertaken only three prosecutions of former government employees or contractors suspected of engaging in such leaks. In the past twenty years, that number has more than quadrupled. The reasons for this dramatic rise in prosecutions are debatable, and no simple, single answer suffices. But 9/11 and its aftermath are surely parts of the story. The national security state expanded substantially after 9/11, including the amount of information classified and the number of people with security clearances. Additionally, a host of controversial new programs – like the surveillance programs that alarmed Tamm and Drake -- generated unease within the government and corresponding temptations to leak. Indeed, Yochai Benkler observed in 2014 that many of the post-9/11 leak prosecutions have involved “accountability leaks,” which he defines to mean “unauthorized national security leaks and whistleblowing that challenge systemic practices.”  The same may be said of more recent leaks. The combination of such leaks with a growing national security state bearing heightened surveillance capacities is a combustible one. These factors are compounded by additional developments, including technology that makes it easier than ever before both to leak and to catch leakers through digital footprints.

Although the exponential rise in media leak prosecutions is a post-9/11 phenomenon, the main legal authority on which prosecutors rely in such cases – the Espionage Act of 1917 -- is a relic of the first world war. Indeed, the Act was enacted decades before the United States had a permanent classification system, and its major amendments were passed in 1950, a year before such a system was initiated. More so, the Act’s legislative history – detailed most exhaustively in a landmark law review article by Harold Edgar and Benno C. Schmidt, Jr. – makes plain that a majority of the congresspersons who passed the Act did not intend to criminalize leaks to or publications by the press. Their targets, rather, were spies and saboteurs.

The Act’s sweeping language, however, can support its application to media leaks. In provisions now codified at 18 U.S.C. §§ 793(d) and (e), the Act makes it a crime for anyone who possesses information “relating to the national defense” to “willfully” communicate it to an unauthorized person or to fail to return it on demand, if the possessor “has reason to believe” the information “could be used to the injury of the United States or to the advantage of any foreign nation.” When the communicated items are tangible – such as documents or photographs, rather than orally conveyed information – the Act does not require a “reason to believe” in the materials’ potential injuriousness. Courts have read into the Act a requirement that the information be “closely held,” and they use classification status to inform whether the requirement is met. The Act thus can plausibly be read to cover virtually any unauthorized communication of classified information, including those to or by the press. By the Act’s terms, it simply does not matter whether the information reveals wrongdoing, generates policy debates, or otherwise is in the public interest.

The U.S. Court of Appeals for the Fourth Circuit agreed that the Act authorized media leak prosecutions in the 1988 case of U.S. v. Morison.  In addition to its statutory analysis, the Morison Court dismissed the First Amendment and vagueness concerns raised by the defendant. The Court’s constitutional analysis was grounded partly in earlier case law regarding Espionage Act prosecutions that involved not media leaks, but international spying and sabotage. Those cases themselves relied on still older precedent that arose well before the classification system took its modern, bloated form. Indeed, a key Espionage Act precedent involving spying – Gorin v. United States – was decided in 1941, at a time when the United States had only a wartime military classification system, rather than the enormous, permanent, government-wide system that exists today. Gorin was cited by later courts to support subsequent spying cases. Those later cases, in turn, were cited by the Morison Court to bolster the Act’s application to media leaks in a world of increasingly ubiquitous classification.

Two of the three judges on the Morison panel themselves took solace in a contingency of their own time – that is, in the relative scarcity of media leak prosecutions in the 20th century. Judge Wilkinson, who joined the majority opinion, wrote a concurrence in which he deemed it unlikely that sources of information about “corruption, scandal, and incompetence” would be prosecuted. Judge Phillips penned a separate concurrence in which he agreed with Judge Wilkinson’s prediction and deemed it the “critical judicial determination forced by the [F]irst [A]mendment arguments advanced in this case.” Of course, these optimistic assessments have not held in the post-9/11 years. Although Morison remains the only federal appellate court authority on the constitutionality of media leak prosecutions under the Espionage Act, a growing body of District Court precedent has relied on it to reject challenges to post-9/11 prosecutions.

That the Espionage Act is increasingly wielded like an official secrets act thus stems more from accident and inertia than from democratic design or constitutional deliberation. The Act was created on the eve of the U.S. entry into World War I as a means to target spies and saboteurs, in an era when our sprawling classification system was barely conceivable. It took nearly four decades for prosecutors to wield it against a media leak, and a few more decades – until United States v. Morison – for such a prosecution to succeed. Yet Morison, which itself drew on inapposite caselaw, laid the doctrinal groundwork for what was to follow after 9/11. The result is our status quo – an increasingly normalized system of media leak prosecutions in which the public interest, whether in an absolute sense or relative to any national security harm from a leak, is legally irrelevant.

As we reflect on 9/11 and its aftermath, then, we would do well to take a fresh look at the use of the 1917 Espionage Act as a tool to punish and deter leaks of information to the media. Elsewhere, I and others have argued in detail that the rising tide of media leak prosecutions is deeply troubling from First Amendment and public policy perspectives. We have urged judicial innovations to account for these problems at both the liability and sentencing stages, and we have also called for statutory reform. Whatever changes might eventually be adopted or rejected, however, one point is plain: we are well past due for meaningful deliberation regarding the constitutionality and wisdom of prosecuting leaks of information to the media. The issue is simply too important to be resolved through happenstance or historical accident.