The Dangers of National Security Secrecy to our Democracy 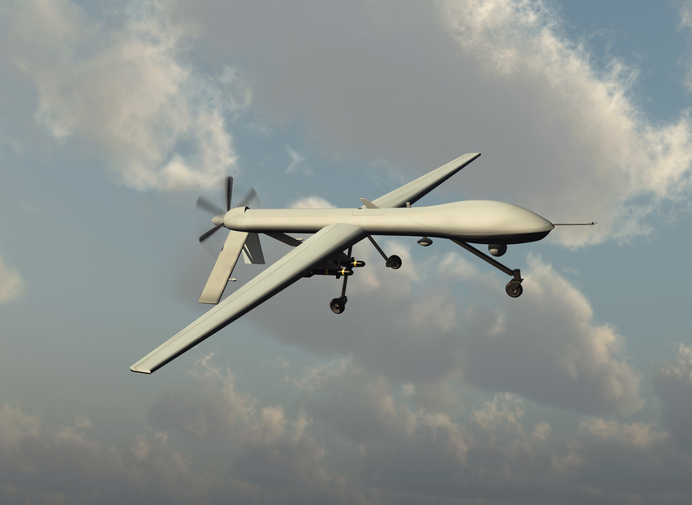 Sudha Setty is a professor of law and associate dean at Western New England University School of Law. Her book, National Security Secrecy: Comparative Effects on Democracy and the Rule of Law, was recently published by Cambridge University Press.

For decades, the balance of national security power has become progressively unmoored from the basic democratic premise that the power to decide what the government does resides with the people through their representatives. Yet post-September 11 national security-related policies have distorted both of these concepts of democracy: exceptionalism and emergency are consistently invoked in the national security context to justify programs that would otherwise be viewed as outside of the legal, structural, and value constraints that society places on government—like extraordinary rendition, torture, and the targeted killings of Americans overseas. On top of that, the secrecy with which certain programs are conducted inverts the democratic structure of transparency in ways that undermine the effectiveness of our governmental structures and lessens our commitment to a society based on the rule of law.

This is not a partisan issue—the problem of too much secrecy in national security matters has spanned all three post-September 11 administrations. The Bush, Obama, and Trump administrations pushed the boundaries of national security exceptionalism in separate ways to suggest that a different set of laws and rules apply to government counterterrorism efforts, and that the public does not have a right to know what those laws are. Congress, for its part, allocated vague but expansive powers to the government immediately after September 11, such as the Authorization for the Use of Military Force, which is still widely relied upon for the government’s counterterrorism and warmaking actions around the world. Courts remained reluctant to challenge executive branch policies for many years, allowing the government to erect procedural and doctrinal barriers, and dismissing cases dealing with rendition and torture based on the state secrets privilege, thereby enabling a lack of accountability for systemic human rights abuses.

The last months have amply demonstrated how the Trump administration’s national security policies are trying to adhere to the post-September 11 playbook of an enormous increase in the authority granted to and taken by the executive branch to exercise counterterrorism measures, without a concomitant commitment to oversight and accountability. Here I cite three examples.

Targeted killings: the Obama administration oversaw a massive expansion in the use of drones to kill people outside of active theaters of war. Obama voluntarily disclosed certain portions of the administration’s drone policy in 2013 and the underlying policy in 2016, though his administration withheld certain aspects of its decision-making, including how it determines whether someone meets the “imminent threat” threshold that justifies targeting. Trump relies heavily on the use of drones, reportedly loosening the parameters that govern who can be targeted, but refusing to heed calls that he disclose how the drone policy has shifted, or the legal basis for those changes. Further, Trump has continued the problematic Obama-era policy of improperly disclosing the number of civilians who have been killed in drone strokes, even though reports suggest significant civilian casualties.

North Korea: Trump’s inflammatory rhetoric about the dire security situation prompted Congress to consider taking the extraordinary step of limiting the president’s authority to initiate a first strike. The Trump administration decried such legislation as unnecessary because the United States would only initiate a first strike if North Korea posed an “imminent threat.” As with targeted killings, however, that constraint provides cold comfort when the definition of “imminent threat” is nonpublic and unclear.

The Travel Bans: Trump has issued two executive orders and one presidential proclamation creating a set of immigration restrictions on a variety of Muslim-majority countries. His administration defended the most recent order as being carefully crafted and based on research into the domestic vetting processes in each of over 200 nations. Yet administration lawyers balked at a district court judge’s request to share the research underlying the proclamation, citing national security concerns and arguing that the court was improperly looking into the president’s motives behind the order. The partial injunction on this ban is currently being weighed by the Supreme Court.

In these three contexts—targeted killings, North Korea, and the travel bans—it is unsurprising that the Trump administration is changing the applicable legal standards, not disclosing all of those legal standards, and chafing at efforts by courts, the public and Congress to hem in presidential power. After all, asserting tremendous counterterrorism power and simultaneously claiming the ability to keep the parameters of that power secret are long-standing executive branch stances. What’s new is the willingness of Congress and the courts to engage with these matters. Whether because of their own skepticism as to the wisdom of these manifestations of presidential power or the validity of the underlying decisions of this administration, or because President Trump’s bombastic rhetoric alienates other branches of government and the public, this long overdue level of scrutiny and oversight probably hasn’t been seen since Watergate.

The grab for executive power, coupled with the fear of another large-scale attack, justified the layers of secrecy surrounding national security laws and policies. National security secrets are often genuinely necessary to maintain the integrity of a particular program or policy, gain a tactical advantage, or simply protect the individuals involved in running a program. Yet I argue in my book, National Security Secrecy: Comparative Effects on Democracy and the Rule of Law, that we must ask harder questions about whether our post-September 11 political and legal culture is necessary and appropriate, or whether its corrosiveness means that secrecy need to be curtailed by improving oversight by Congress and the Courts and hemming in executive power.

Whether the new levels of engagement by the courts, Congress, and the public portend a reset in the dynamic among the branches of government when it comes to national security matters or simply represents something that will endure for this presidency depends on the extent to which President Trump is perceived as dangerous and irresponsible. One silver lining to this presidency may be a willingness to exercise more oversight and take seriously the responsibility to ensure a transparent and accountable government, even in matters of security. If that’s the case, it would be a win for democratic values and the rule of law.