Texas v. U.S.: Another Day, Another Threat to the Affordable Care Act 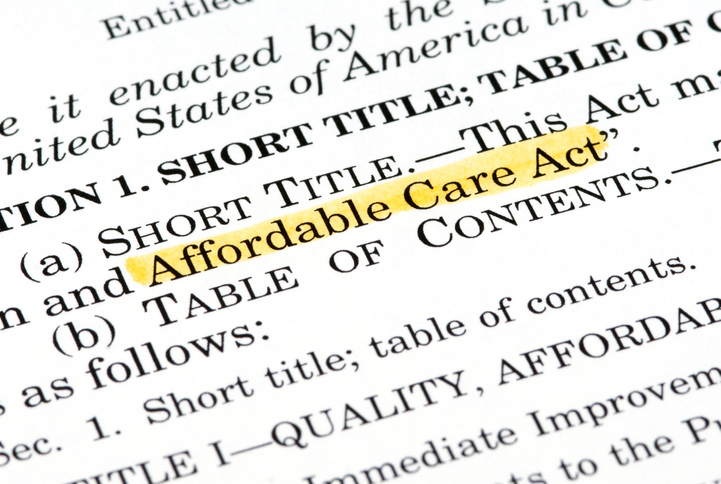 Update: In oral arguments on July 9, judges on the Fifth Circuit seem inclined to strike down the ACA’s individual mandate.

On July 9, the U.S. Court of Appeals for the Fifth Circuit is scheduled to hear arguments in Texas v. U.S., the latest state-led challenge to the Patient Protection and Affordable Care Act of 2010 (ACA). Texas and seventeen state attorneys general and governors argue that the ACA should be struck down in its entirety because Congress modified the ACA on December 22, 2017. Specifically, after a year of failed repeal-and-replace bills, Congress enacted the Tax Cuts and Jobs Act of 2017, an appropriations bill that reduced the ACA’s penalty for failure to purchase health insurance to $0. This modification left in place tax code provision 26 U.S.C. §5000A, which requires individuals to maintain minimum essential coverage (the ACA’s “individual mandate”). This legislative oddity – a rule that demands reporting but has no clear mechanism for enforcement – has led to procedurally and substantively unusual litigation that could have far-reaching implications if Texas is successful.

A brief history is helpful here. Congress enacted the ACA primarily to address widespread uninsurance and improve access to care by creating a patchwork of insurance rules designed to facilitate near-universal coverage, though the public law addressed myriad other health care problems (more on this below). Half of the states challenged the ACA on the day it was signed, March 23, 2010. Two years later, in National Federation of Independent Business v. Sebelius (NFIB), the Supreme Court decided the constitutionality of two of the law’s key pillars, the individual mandate and expansion of Medicaid eligibility to nonelderly, childless adults earning up to 138% of the federal poverty level. The Court rejected Congress’s assertion that the commerce power provided authority to regulate and stabilize national health care markets by requiring the purchase of health insurance. But, the Court upheld the individual mandate as an exercise of Congress’s taxing power, reasoning that the penalty for failing to purchase insurance operated like other tax policies that penalize undesirable behaviors (e.g., high taxes on cigarettes) or incentivize desirable ones (e.g., the tax break employers receive when they provide health insurance as a benefit) and noting that the penalty would raise revenue like other taxes. In addition, the Court evaluated Congress’s spending power to expand Medicaid eligibility and held that mandatory expansion unconstitutionally coerced the states. In so doing, the Court effectively determined that the ACA was severable, meaning that parts of the law could be struck down and the rest would remain, as the Court did not strike down the entire ACA but rather rendered Medicaid expansion optional for states.

Texas joined the challenging states in 2010 and ever since has rejected implementing the ACA by opting out of Medicaid expansion—1.4 million people would gain coverage—and refusing to implement a state-run health insurance exchange. So, it was no surprise that Texas led the most recent challenge to the ACA, filed on February 26, 2018 in the U.S. District Court for the Northern District of Texas. These states, and later two individual plaintiffs, claim that zeroing out the tax penalty renders the individual mandate unconstitutional because no tax power is exercised if no money can be collected, and they ask federal courts to strike down the entire ACA because they claim the law is not severable.

Initially, the Trump administration partially defended the ACA, arguing that the $0 penalty meant that the ACA’s rules for guaranteed issue and community rating (which includes preventing insurers from using preexisting conditions to increase premiums or exclude individuals from coverage, despite the President’s claims to the contrary) also must be stricken from the law. To defend the constitutionality of the entire ACA, 16 state attorneys general intervened in the case, led by California Attorney General Javier Becerra.

On December 14, 2018, Judge Reed O’Connor agreed with the challengers, holding that §5000A is unconstitutional and that the law is not severable. Judge O’Connor’s analysis ignored that Congress itself severed the ACA in 2017, expecting it to operate without an enforceable individual mandate. The court also relied heavily on the dissenting opinion’s reasoning in NFIB v. Sebelius, which would have held that the individual mandate and the Medicaid expansion were unconstitutional, found the law non-severable, and would have struck down the ACA entirely. Judge O’Connor stayed his decision pending appeal.

Needless to say, it is unusual for Judge O’Connor to rely on a dissent as the primary source of reasoning for a decision, as it is outside the bounds of trial court authority, especially given that precedent and subsequent congressional acts answer the plaintiffs’ question. Congress debated repealing the ACA in 2017 and was unable to garner enough votes to do so. The compromise was to zero out the individual mandate’s tax penalty while leaving the remainder of the ACA in place. And, Congress could reinstate the penalty, or even strengthen it, with another appropriations bill. Even assuming the individual mandate is rendered unconstitutional by a $0 penalty, and some disagreement exists as to whether §5000A can stand, then not only does NFIB indicate that the ACA is severable, but also Congress itself decided that the ACA is severable by amending one provision but not repealing the entire act.

At the Fifth Circuit, the Trump administration shifted from its cabined defense of the ACA to supporting Texas’s position. This abandonment of Article II responsibility to “take care that the laws be faithfully executed” left the California-led states (now 21 attorneys general, including the District of Columbia), joined by Democratic members of the House of Representatives, to defend the ACA. In light of the Trump administration’s refusal to defend, and the Supreme Court’s June 17, 2019 decision in Virginia House of Delegates v. Bethune-Hill, the Fifth Circuit sent new questions on June 26, 2019 to the litigants asking whether the intervenors have standing. Jurisdictional questions are not unusual, and Bethune-Hill’s relevance is not clear given the particular Virginia law at issue in that case. If the intervenors do not have standing, no party remains in the litigation to defend the ACA, and the case could become moot. Usually, this would lead an appellate court to vacate the lower court’s decision (called “Munsingwear vacatur”). But the Fifth Circuit could let Judge Reed’s opinion stand, leaving an open question as to the status of the ACA nationwide. On July 4th, 2019, the DOJ urged the Fifth Circuit to hear the case because the U.S. implements the ACA despite the ongoing litigation, meaning that a live “case or controversy” continues to exist between the plaintiffs and the U.S.

What are the potential implications of this litigation? The ACA touches every corner of health care, but we can start with the law’s primary goal of near-universal insurance coverage. 19.1 million people have gained insurance coverage under the ACA, despite NFIB altering its implementation, with uninsurance decreasing from nearly 20% of the population in 2013 to just under 13% of the population in 2016. (Trump administration efforts to undermine the ACA, such as limiting open enrollment on the federal exchange and creating general confusion about the law’s status, have contributed to a slight increase in uninsurance, around 15.5% of the population in 2018.) Those targeted by the ACA’s reforms, such as part-time workers and those making less than 400% of the FPL (who are much less likely to be offered employer-sponsored health insurance) would be impacted immediately.

But also, the number and percentage of uninsured individuals would increase dramatically because the groups targeted by the ACA’s universal coverage reforms are not the only ones who would be affected. For example, the ACA extended family coverage to children up to age 26, which benefits many students in higher education. Also, studies show that those who were already eligible for coverage regardless of the ACA’s reforms have been enrolled in greater numbers due to the ACA’s welcome mat effect. These populations stand to lose coverage if the ACA is repealed; one important example of this possibility is that children are less likely to be covered when parents are not.

For those who retain insurance coverage, the insurance markets would likely return to some version of pre-ACA practices. To name a few: the ten essential health benefits the ACA requires qualified health plans to provide would no longer be the baseline, so plans would become more unpredictable and offer fewer benefits; coverage limits like lifetime caps would likely return; and, preventive services would likely no longer be copayment-free. Some protections for pre-existing conditions would still exist under HIPAA, but those with pre-existing conditions (most people) could expect to be excluded from private insurance plans. Health care providers would be deeply affected too. Without the ACA’s insurance market reforms, hospitals would see increased numbers of uninsured patients and likely higher use of emergency departments, with a corresponding increase in bad debt. Rural hospitals are likely to struggle even more. Community health centers would see many more uninsured patients, stretching already thin resources. The ACA also covered other ground, such as closing the Medicare Part D donut hole; funding innovation in health care delivery; addressing discrimination through §1557; promoting public health research and creating new rules such as menu labeling; requiring nonprofit hospitals to serve communities better; requiring open notice and comment processes for Medicaid demonstration waivers; and many other provisions that are less-visible components of the ACA.

And what if the law survives these latest challenges? As for the individual mandate, the CBO has revised estimates as to whether individuals will purchase insurance without the mandate and predicts some people will drop coverage. But, CBO also estimates that many will not, because low-income populations that gained coverage under the ACA would continue to receive financial support to purchase insurance and qualify for Medicaid expansion, and insurance market reforms still make everyone insurable. Whether insurance reforms without a mandate will produce an insurance death spiral remains to be seen. Congress chose to test that policy question by severing the penalty from the rest of the ACA. The challengers’ theory does not hold legal water. But, ACA litigation has been known to reach surprising results.