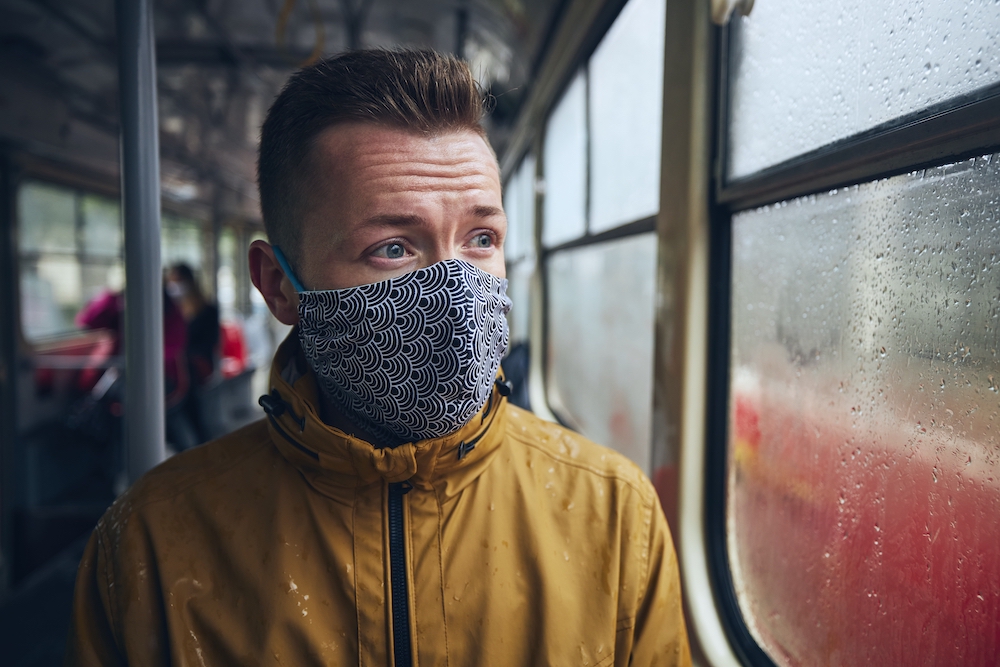 To slow the spread of COVID-19, the federal Centers for Disease Control and Prevention (CDC) currently recommends the use of cloth face coverings in public settings such as grocery stores where other social distancing measures are difficult to maintain. Medical experts say that “Apart from avoiding crowded indoor spaces, the most effective thing people can do is wear masks.” Some state and local governments mandate the use of face masks or coverings in specific settings, typically in retail establishments and on public transportation. As face-covering requirements multiply around the country, lawsuits challenging them follow.

In a public health emergency, can state or local governments require the general public to wear face coverings? More than a century has passed since face mask ordinances proliferated in U.S. towns and cities during the 1918-1919 pandemic flu. Face mask ordinances, where they existed, could be enforced with citations and fines, with municipal judges holding what journalists referred to as “influenza court” in which a citizen could contest the citation and hope to avoid paying a fine. Few reported court decisions (and none from federal courts) emerged from that era. But as a general rule, judges deferred to state and local elected officials on face-mask ordinances, as well as the decision to close businesses and schools and prevent public gatherings.

In the face of that devastating pandemic, the judicial branch seemed to adopt a non-justiciable, political question-type approach to local health measures in an emergency. Typical is the Supreme Court of Arizona’s pronouncement, “Necessity is the law of time and place, and the emergency calls into life the necessity … to exercise the power to protect the public health.” In 1905, the U.S. Supreme Court had called for just such deference in Jacobson v. Massachusetts. In the midst of a small-pox outbreak, local authorities could mandate vaccination on penalty of a fine for refusal: “Upon the principle of self-defense, of paramount necessity, a community has the right to protect itself against an epidemic of disease which threatens the safety of its members.”

Constitutional doctrine changed profoundly over the ensuing century, not only with respect to due process and equal protection but also individual and associational rights under the First Amendment. Yet Jacobson has continued to be the seminal decision on public health authority in an emergency, against which modern civil rights and liberties are balanced.

Our Constitution principally entrusts “[t]he safety and the health of the people” to the politically accountable officials of the States “to guard and protect.” Jacobson v. Massachusetts, 197 U. S. 11, 38 (1905). When those officials “undertake to act in areas fraught with medical and scientific uncertainties,” their latitude “must be especially broad.” Marshall v. United States, 414 U. S. 417, 427 (1974). Where those broad limits are not exceeded, they should not be subject to second-guessing by an “unelected federal judiciary,” which lacks the background, competence, and expertise to assess public health and is not accountable to the people.

The 5-4 decision generated a dissent by Justice Kavanaugh, joined by Justices Thomas and Gorsuch. Still, as the U.S. Supreme Court’s first foray into COVID-19 control efforts by state and local governments, Chief Justice Roberts clearly intended to provide broad guidance to lower courts. Jacobson v. Massachusetts counsels judges to afford wide latitude to the judgment of health experts, so long as such measures are neutral, generally applicable, and have a medical necessity a government can justify. Thus while courts must be deferential to the need to protect public health, courts must also be vigilant against abuses of public health powers. To do that they must ask what is reasonable, look at the public health evidence, and be attuned to the pre-textual or abuse of power.

A number of courts to date have affirmed the authority of state or local governments to impose social distancing measures such as temporary business closures, although religious freedom claims have a mixed reception. Are face-covering requirements different, though? At one level, the answer is clear: In the face of a virus spread through respiration where a significant percentage of contagious people have no symptoms, abundant medical justification exists for a state or local government to consider this a necessary public health measure. “Neutral” and “generally applicable” will be key in evaluating state-imposed face-mask requirements under both federal and state constitutions, as is the case for other public health emergency measures such as restrictions on gatherings and temporary business closures.

Face mask requirements also should allow exceptions for medical need, such as persons with breathing problems. In KOA v. Hogan, the face-covering requirement included an exception based on guidance from the Maryland Department of Health: “People with disabilities who are unable to wear a mask are provided reasonable accommodations per the Americans with Disabilities Act.” In Pennsylvania, seven individuals have sued a grocery chain for failing to provide reasonable ADA accommodations when they tried to enter the store without a face covering. For state or local face-covering mandates, courts would likely require an exception for those whose medical condition prevent safely covering airways, as the court in Koa v. Hogan indicated.

But face-covering requirements are different from other social-distancing measures in this respect: Is a face-covering requirement “forced speech,” or does it violate a right to freedom of expression, to identify with a political position, for example? At least one federal court has rejected this claim. In Koa v. Hogan, a group of military veterans alleged harm from association with capture on the battlefield and “subservience to the captor,” a meaning the court held not to be “overwhelmingly apparent.” More to the point, the court stated, “Requiring necessary protective equipment be worn to engage in certain public activities is simply not the equivalent of mandating expressive conduct.” Face-covering requirements regulate conduct, not speech. The State of Maryland had established a rational basis between the order to cover faces in public areas and the legitimate public interest in protecting citizens against COVID-19.

Industry-specific regulation of employers present fewer constitutional hurdles. A 2016 New York case, Spence v. Shah, held that a healthcare employer could require a nurse to wear a protective mask if she refused to get a flu vaccine. New York courts have since upheld similar requirements. In Michigan, New York, and Rhode Island, Governors have ordered that all employers provide face masks and require employees to wear them if the employees will be in close contact with others. The EEOC reminds employers to provide reasonable accommodations for religion and disability if they do provide facemasks. Whole Foods has required that third party workers (e.g. Instacart shoppers) wear their own masks to shop. Some consumer retail establishments require customers to wear face coverings in the absence of a state or local mandate that they do so, such as Empire State South in Atlanta.

No-smoking ordinances for restaurants and other retail establishments provide a useful comparison. Even in the absence of a public health emergency, state and local governments have ample authority to protect the health of the general public in indoor spaces. Smoking bans, for example, are designed to protect the health of employees and patrons, not the smoker, and such ordinances have been routinely upheld as within the police power of the state. Cumulative evidence of harm to health from second-hand smoke readily supplies a rational basis for state action.

Similarly, the CDC estimates that up to 35% of people infected with the coronavirus have no symptoms, yet they may unknowingly infect others when in close contact in enclosed spaces. Masks reduce the chance of infected people transmitting the respiratory droplets that contain the virus.  State or local face-covering requirements rely on the current medical consensus that not wearing a face covering or mask may endanger others. Jacobson recognized that a state’s duty to “guard and protect…the safety and health of the people” includes the duty not to endanger others: “Real liberty for all could not exist under the operation of a principle which recognizes the right of each individual person to use his own, whether in respect to his person or his property, regardless of the injury that may be done to others.”

In South Bay, Chief Justice Roberts himself recognized the extraordinary situation we find ourselves in:

The Governor of California’s Executive Order aims to limit the spread of COVID–19, a novel severe acute respiratory illness that has killed thousands of people in California and more than 100,000 nationwide. At this time, there is no known cure, no effective treatment, and no vaccine. Because people may be infected but asymptomatic, they may unwittingly infect others.

As noted in KOA v. Hogan, when leaders exercise “the powers given to [them] by the legislature in the face of the COVID-19 Crisis, [and] have made reasonable choices informed, if not dictated, by such data science and advice,” courts will generally uphold those orders. Neutral and generally applicable face-covering requirements are rational countermeasures adapted to rapidly changing data about a viral pandemic. (For that matter, face-mask requirements are also substantially related to an important government objective, should some form of heightened scrutiny apply to interests in bodily integrity.)  The Supreme Court has—and lower courts should—entrust the politically accountable branches with protecting public health and safety.

Healthcare, Regulation and the Administrative State, Separation of Powers and Federalism