by Barbara McQuade, Professor from Practice, University of Michigan Law School, and former U.S. Attorney for the Eastern District of Michigan

*This piece was originally published on The Daily Beast. 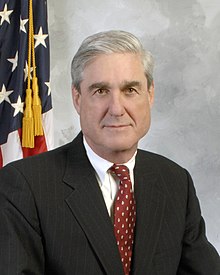 The unsealing of the indictment charging former Trump campaign chairman Paul Manafort was only the second-most significant piece of news Monday.

The more significant news was the guilty plea of former Trump campaign adviser George Papadopoulos, who was arrested in July and entered a guilty plea about three weeks ago. The documents revealing those facts were also unsealed today. And the timing of the two being filed on the same day is likely no coincidence.

Papadopoulos has pleaded guilty to charges of making false statements to the FBI in connection with its investigation into Russian interference in the election. The false statements relate to his interactions with an overseas professor with substantial connections to Russian government officials and a female Russian national that be believed had connections to the Russian government. The documents state that the professor told Papadopoulos that he had “dirt” about Hillary Clinton in the form of “thousands of emails.” Papadopoulos admitted to lying about the timing and substance of his conversations with these individuals, and about his efforts to use the professor’s connections to arrange a meeting between the campaign and Russian government officials. Not quite collusion, but getting closer.

The Papadopoulos plea agreement makes reference to his cooperation. It is likely a strategic decision by Mueller to unseal both sets of charges on the same day. Mueller seems to be sending a message that cooperators get deals, and that Manafort faces additional potential criminal exposure. Earlier reports indicated that Mueller’s team had warned Manafort’s lawyers that he would be indicted. This information is often communicated to a target before indictment to provide an opportunity to cooperate before he faces criminal charges. The fact that he was indicted suggests that he has not cooperated to date.

Manafort may want to reconsider his decision in light of the news about Papadopoulos. A document attached to the plea agreement sets out detailed allegations of the offense. It identifies four Trump campaign officials without naming them as a “Campaign Supervisor,” two “High-Ranking Campaign Officials,” and a “Senior Policy Advisor.” This naming convention complies with Department of Justice policy protect the names of co-conspirators who are not being charged. But while the public does not know the identities of these four campaign officials, Manafort likely does. He may even be one of the unnamed officials in this document, filed on Oct. 5, before he himself was charged. It may also be that these officials are cooperating in the investigation or at least have an incentive to do so to avoid charges. Manafort may want to beat them to the table. Oftentimes, the early cooperators get the best deals.

The document includes a number of interesting factual assertions about these other officials. According to the document: