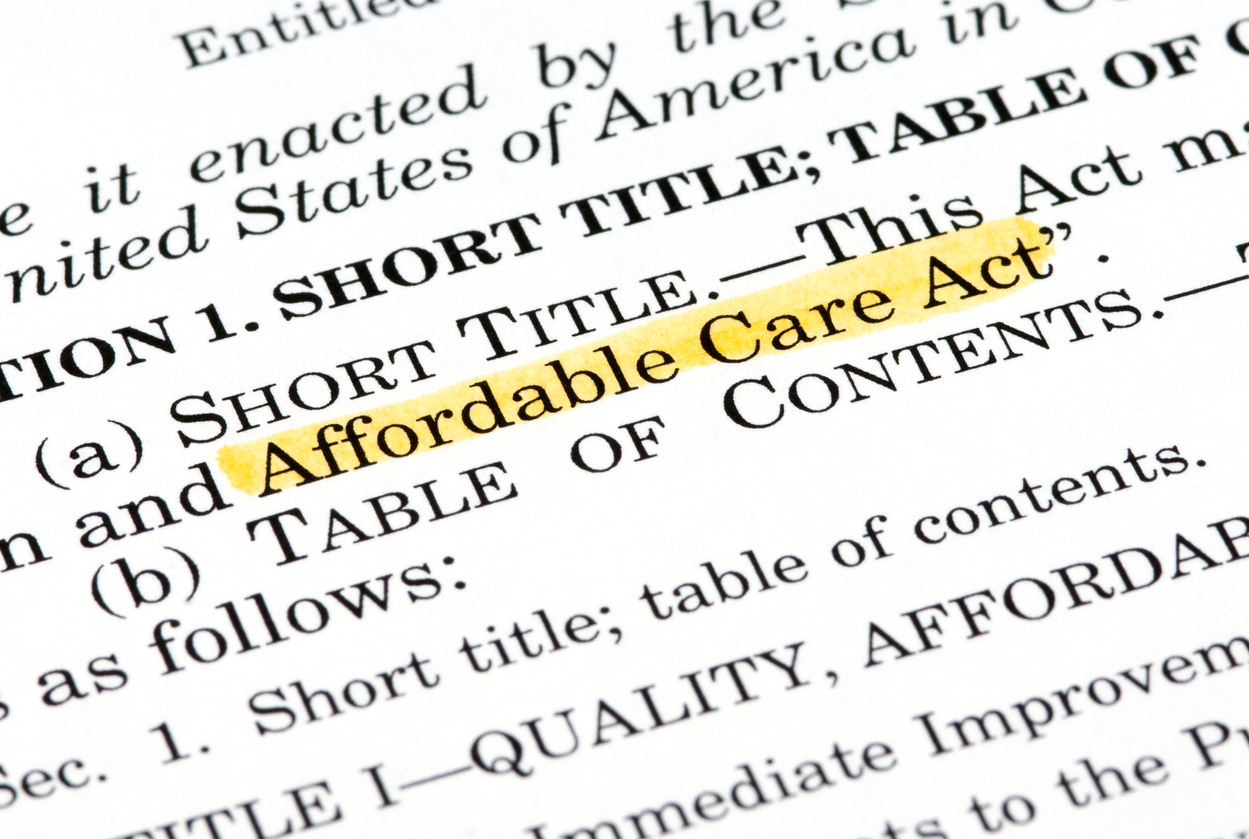 Late Sunday afternoon, December 30, U.S. District Judge Reed O’Connor from the Northern District of Texas issued an arcane, though consequential, order following up on his blockbuster December 14 decision invalidating the entire Affordable Care Act (ACA). Evidently ingesting the widespread condemnation of that decision, O’Connor granted the request of pro-ACA state attorneys general led by California’s Xavier Becerra, that he stay his ruling until the appellate process finishes. Hence, the law will remain in effect for a good while – quite likely, permanently, as far as this lawsuit is concerned.

In response, progressives need to leave the battle to nullify O’Connor’s potentially catastrophic December 14 decision in the hands of Becerra’s litigators, and the bipartisan array of friend-of-the-court brief-writers supporting them. Some prominent ACA-friendly academics, and even some congressional Republicans, are proposing legislative “fixes” to moot the case. But ACA advocates and, especially, congressional Democrats should avoid touting such ideas – for three reasons.

First, O’Connor’s edict so egregiously flouts applicable law and societal exigencies, that, as the Wall Street Journal acknowledged, while “No one opposes Obamacare more than we do,” the decision “is likely to be overturned on appeal and may boomerang politically on Republicans.”  Indeed, Chief Justice John Roberts’ pertinent opinions nearly ensure, with his four progressive colleagues, a 5-4 Supreme Court majority to reverse O’Connor. Moreover, prior writings by Justice Brett Kavanaugh augur, albeit less certainly, for a larger majority.

Second, even if fix legislation that does not weaken the ACA could pass the Democrat-controlled House of Representatives, any acceptable bill would fail in the Senate, let alone the White House, and would risk enactment of provisions detrimental to the law.

Third, any ripples of interest in legislation would be spotlighted by the Republican attorneys general who filed the suit, led by Texas’ aggressive Kenneth Paxton, as evidence legitimating their claim that only legislation can “cure” the ACA of its allegedly fatal constitutional defect.

The Paxton-O’Connor claim, and its jaw-dropping infirmities have been widely detailed, so only a brief summary is needed here.

In 2012, per the controlling opinion of Chief Justice Roberts, the Supreme Court held that the ACA individual mandate exceeded Congress’ authority to regulate interstate commerce, but nevertheless upheld the provision as an exercise of Congress’ power to tax. In December 2017, after multiple failures to repeal Obamacare, Republican congressional majorities settled for a provision in the Tax Cut and Jobs Act that set at zero the tax penalty for failing to buy ACA-compliant insurance, while leaving other provisions of the mandate and the law intact. Paxton then came up with a theory that zeroing out the penalty rendered the mandate provisions no longer an exercise of the tax power, hence, unconstitutional. Further, he made the quantum leap of asserting that, if the mandate provision is unconstitutional, the entire statute must be invalidated – 2300 pages of provisions integral to every sector of the nation’s health system and vital to protections relied upon by literally all of its more than 300 million patients. In February 2018, Paxton’s coalition of Republican states filed a complaint embodying these claims with District Judge O’Connor, a "favorite of Republican leaders in Texas, [for] reliably tossing out Democratic policies they have challenged.”

On December 14, O’Connor embraced Paxton’s theory. While highly debatable, this portion of his ruling was, in and of itself, of no practical consequence. With the penalty now zero, declaring the mandate itself void should not meaningfully shrink ACA-insured ranks. What made the decision a potential real-world catastrophe – for the ACA and the countless health providers and patients that – as even the Wall Street Journal acknowledged – now rely on it, is that O’Connor also bought the Republican states’ claim that striking the mandate meant that the entire ACA had to be tossed along with it.

Experts, including prominent anti-ACA conservatives, have blistered this result, as, among other things: "an assault on the rule of law;"  "legally indefensible from start to finish;'" and "an exercise of raw judicial power, unmoored from the relevant doctrines concerning when judges may strike down a whole law because of a single alleged legal infirmity buried within."

Given such show-stopping legal inadequacies, Judge O’Connor’s decision seems unlikely to survive review even in the right-leaning Fifth Circuit. Certainly, even a hostile reviewing panel will not lift his stay pending Supreme Court review. And, as noted above, Supreme Court reversal is an odds-on bet.

Reasons to believe the Supreme Court would reverse O’Connor

To begin with, the Court is likely to dismiss the suit on standing grounds. The state plaintiffs, lacking any legally cognizable injury, recruited two individual plaintiffs, who complain that, even with no enforcement sanction, the mandate imposes a legal obligation to buy insurance that they would feel uncomfortable to ignore. But Chief Justice Roberts, in his 2012 NFIB v. Sebelius decision, expressly ruled that, if a person did not buy insurance, but did pay the penalty, he or she would not be in violation of the law. It makes no sense to cast such a non-purchaser as suddenly in violation of the law, simply because Congress reduced (to zero) the financial incentive to buy insurance.

In a similar vein, were the Court to reach the merits of the case, a majority, especially including the Chief, plausibly, could conclude that, with a zero penalty, the still-intact mandate provision remains a valid exercise of the tax power.

On the issue that counts – whether the mandate, if unconstitutional, is “inseverable” from the rest of the statute – Supreme Court reversal of O’Connor’s decision looks close to a sure thing. Repeatedly, Chief Justice Roberts has vigorously applied the established rule that “[W]hen confronting a constitutional flaw in a statute, we . . . limit the solution, . . . severing any problematic portions while leaving the remainder intact.”  Specifically, In NFIB v. Sebelius, Roberts rejected the very approach to severability on which Texas and O’Connor expressly rely. “The question here,” he wrote, “is whether Congress would have wanted the rest of the Act to stand [without the Medicaid expansion fund cut-off mechanism the Court found unconstitutionally coercive] . . . . We are confident that Congress would have wanted to preserve the rest of the Act.”

Further, there is a substantial basis for expecting Justice Brett Kavanaugh to join the Chief Justice and the four progressive justices to sever the rest of the ACA from the mandate if the latter is held unconstitutional. While on the D.C. Circuit, Justice Kavanaugh applied reasoning that closely parallels– indeed, foreshadows – Roberts’ decisions in both the above cases. In another (important)  case he similarly stressed that “Supreme Court precedent requires us to impose the narrower remedy of simply severing the [defective] provision.”

Pelosi showed that letting the appeals process play out is the smart move.

In sum, by far the surest path to defeating Texas’ bogus suit is right where it now stands – in the courts. Nancy Pelosi showed that she gets that, as one of her first acts as Speaker of the House of Representatives. On January 3, she authorized former Solicitor General Don Verrilli and Brianne Gorod of the Constitutional Accountability Center to intervene in the litigation on behalf of the House of Representatives, urging reversal of O’Connor’s decision. Thereby, Pelosi showed her caucus the smart way to demonstrate their zeal to save the ACA – by directly making their collective voice heard before the judges and justices who will decide the case, not by backing purported legislative “fix” bills that in practice amount to mere gestures, cannot succeed, and could cause damaging mischief.

Simon Lazarus, a former member of President Jimmy Carter’s White House Domestic Policy Staff, is a lawyer and writer who contributes to this blog and other media on legal and constitutional issues affecting health care and other fields.