Lindsay F. Wiley Professor of Law and Director of the Health Law and Policy Program at American University Washington College of Law 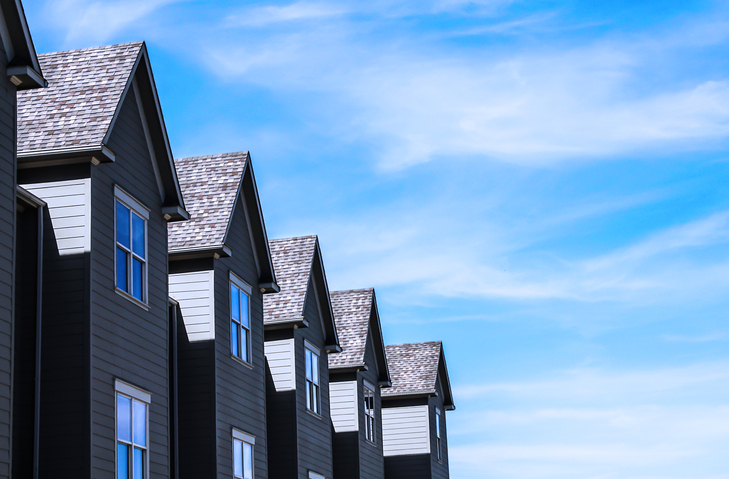 From the earliest days of the pandemic, commentators have speculated about whether the Trump administration could issue nationwide public health orders like those implemented in many other countries. The most likely source of authority for federal executive action to mandate and support social distancing and face covering is Section 361(a) of the Public Health Services Act (PHSA), 42 U.S.C. § 264. The key text, which dates to the original PHSA of 1944, authorizes the HHS Secretary “to make and enforce such regulations as in his judgment are necessary to prevent the introduction, transmission, or spread of communicable diseases from foreign countries into the States or possessions, or from one State or possession into any other State or possession.” The statute refers to the Surgeon General, subject to the approval of the HHS Secretary, but following administrative reorganizations, it is now read to refer to the Secretary directly, who has in turn delegated authority to the CDC Director and FDA Administrator.

The groundbreaking CDC order imposing an eviction freeze through the end of 2020 is the agency’s first attempt to test the outer limits of its authority under Section 361 of the PHSA and the agency’s implementing regulation at 42 CFR § 70.2. The order temporarily halts evictions of covered tenants from residential properties. Covered tenants must make a sworn declaration that they meet income-based eligibility requirements and have exhausted available government assistance programs and that eviction would lead to homelessness living in “close quarters in a new congregate or shared living setting,” among other requirements. Interest groups argue that while the order could buy time for at-risk tenants by delaying evictions, it falls short of the rent-relief and other financial assistance needed to address the impending housing crisis and associated exacerbation of disease transmission.

The CDC eviction order will almost certainly be challenged in the courts and is vulnerable to being enjoined on the grounds that it exceeds the agency’s statutory authority, isn’t a proper exercise of federal power to regulate interstate commerce, inappropriately infringes on matters of state governance under the Tenth Amendment, and violates Fifth Amendment guarantees of due process and equal protection and its prohibition on uncompensated takings. The individual rights challenges seem unlikely to succeed under current precedents, including circuit court decisions upholding state and local pandemic response orders. The many carve-outs recognized in the eviction moratorium may make it somewhat more vulnerable to allegations that it is arbitrary and capricious or lacks a rational basis, but the bar is very low. The federalism challenges are probably also surmountable, given how broadly the courts have interpreted the interstate commerce power and how narrowly they’ve read Tenth Amendment protections for state sovereignty.

The statutory interpretation issue probably poses the greatest threat. Courts seeking to construe Section 361 or Section 70.2 more narrowly than their plain language suggests could rely on the nondelegation doctrine as a canon of construction. State and local public health orders—ranging from tobacco control laws to so-called “Big Gulp” bans, to stay-at-home orders adopted to mitigate the spread of coronavirus—have been subjected to similar analysis. Either the legislature didn’t intend for the statute to be read broadly enough to encompass the challenged order (so the argument goes) or, if it did, then the broad grant of authority runs afoul of separation of powers. Ilya Somin has laid the groundwork, arguing “If Congress can delegate the power to suppress virtually any activity of any kind, so long as the CDC claims that doing so is ‘reasonably necessary’ to reduce the spread of disease, it is hard to see how any meaningful limits on delegation would remain.” Court decisions adjudicating CDC’s statutory authority to issue the eviction moratorium—one way or another—could have far-reaching implications for the federal government’s role in responding to the coronavirus pandemic and for federal regulation more broadly.

The plain language of Section 361(a) appears to encompass a wide range of potential disease control measures and to give broad discretion to the determinations of agency officials. Landlords and other potential challengers are likely to argue that it must be construed more narrowly than the plain language suggests. Section 361(a) includes a list of specific examples of how agency officials’ authority might be used, including “provid[ing] for such inspection, fumigation, disinfection, sanitation, pest extermination, destruction of animals or articles found to be so infected or contaminated as to be sources of dangerous infection to human beings.” Section 70.2 includes a nearly identical list. The list of examples found in Section 361 and mirrored in CDC’s implementing regulations at 42 CFR § 70.2 is not exhaustive. The PHSA also authorizes “other measures, as in [the Secretary’s] judgment may be necessary.” Section 70.2 introduces the list of examples with the word “including.” Invoking the canon of ejusdem generis (the general power must be of the same nature as the listed powers), Josh Blackman has described these examples as “localized, and limited to prevent the spread of an infection in a single building or location.” But the FDA’s implementation of disease control measures pursuant to Section 361 has been applied to broadly defined categories of animals (e.g., all turtles under 4 inches in length) and products (e.g., unpasteurized milk products) on a nationwide basis. In fact, “361 products” is an explicit category within FDA’s regulatory scheme for human cell and tissue products. In the words of a federal district court for the Eastern District of Louisiana, “Congress has granted broad, flexible powers to federal health authorities who must use their judgment in attempting to protect the public against the spread of communicable disease.”

Like the state and local social distancing orders that have been challenged in the courts for months, an eviction freeze does not fall neatly within highly specific statutory provisions and regulations the way quarantine and isolation orders do. Instead, like most state and local officials, the federal administration is relying on older, broader grants of authority to “control communicable diseases.” While quarantine and isolation authorities—at the federal and state level—have been reformed to provide greater protections to individuals in light of modern constitutional doctrines, these broader authorities are subject to fewer statutory constraints. Yet the courts have, for the most part, been fairly forgiving of executive pandemic response orders and reluctant to enjoin them based on ejusdem generis or other limiting constructions.

There are, however, meaningful constraints imposed by Section 361 and Section 70.2. Unlike state and local leaders, federal officials are limited to the exercise of powers enumerated in the Constitution. Public health—particularly community mitigation efforts that rely on controlled movement and business restrictions to slow the spread of infection—is primarily governed at the state level. The typical federal role—which has largely been abdicated in this crisis—is to finance, support, guide, and inform state and local efforts. Section 361’s emphasis on preventing the inter-state spread of infection reflects the gap-filling role the federal administration is intended to play. Section 70.2 of the CDC’s regulations implementing Section 361 arguably narrows the federal role further, by making CDC action contingent upon a finding that state and local efforts are “insufficient to prevent the spread of communicable diseases” across state and territorial borders. These requirements could open the door to advising the CDC order be revised to strengthen the nexus to inter-state spread. The declarations covered tenants must make could require a statement that eviction would result in an inter-state move, for example.

Although some commentators have called for nation-wide, federally-imposed restrictions on personal movement and businesses to increase social distance and mandate face covering, there are reasons to be wary of expanding the federal role in pandemic restrictions. For one, local conditions vary from place to place and time to time throughout the course of a pandemic. Nationally uniform rules may not always be appropriate or desirable. For another, enforcement options are more limited at the federal level. Section 368(a) of the PHSA, 42 U.S.C. § 271(a), makes any violation of a regulation issued under Section 361 a crime, 42 CFR § 70.18 provides violations are subject to steep fines and jail time. CDC’s eviction freeze order relies on these provisions to threaten harsh criminal penalties. Some state and local governments have used licensing-based penalties, such as smaller fines and suspension of business licenses, to enforce restrictions without relying heavily on criminalization and community policing. Federal agencies have little involvement in licensing and thus fewer levers available to incentivize compliance without resorting to criminalization. Federal financial support is crucial, but federal restrictions should be adopted and reviewed with caution.

If the CDC’s broad interpretation of Section 361(a) is upheld in the face of inevitable court challenges, the resulting precedents could embolden the Trump administration—or a future Biden administration—to use 361 to implement other national orders, such as a mask mandate or even a stay-at-home order. If the CDC eviction order is enjoined, however, precedents could deter further use of Section 361 to implement federal social distancing and face covering mandates, potentially even in situations where inadequate state and local efforts clearly put people in other US jurisdictions at risk. More significantly, but less certainly, challenges to the CDC eviction order could generate precedents that support the nondelegation doctrine as a limit on agency authority—or at least as a cannon of statutory construction. On balance, if the CDC eviction order is enjoined, it is likely to be on the grounds that the wrong part of the government adopted it, or perhaps adopted it through the wrong process, rather than an argument that no government may freeze evictions to mitigate disease transmission during a public health emergency. Nonetheless, the implications for federal regulation—in the pandemic and beyond—could be sweeping.