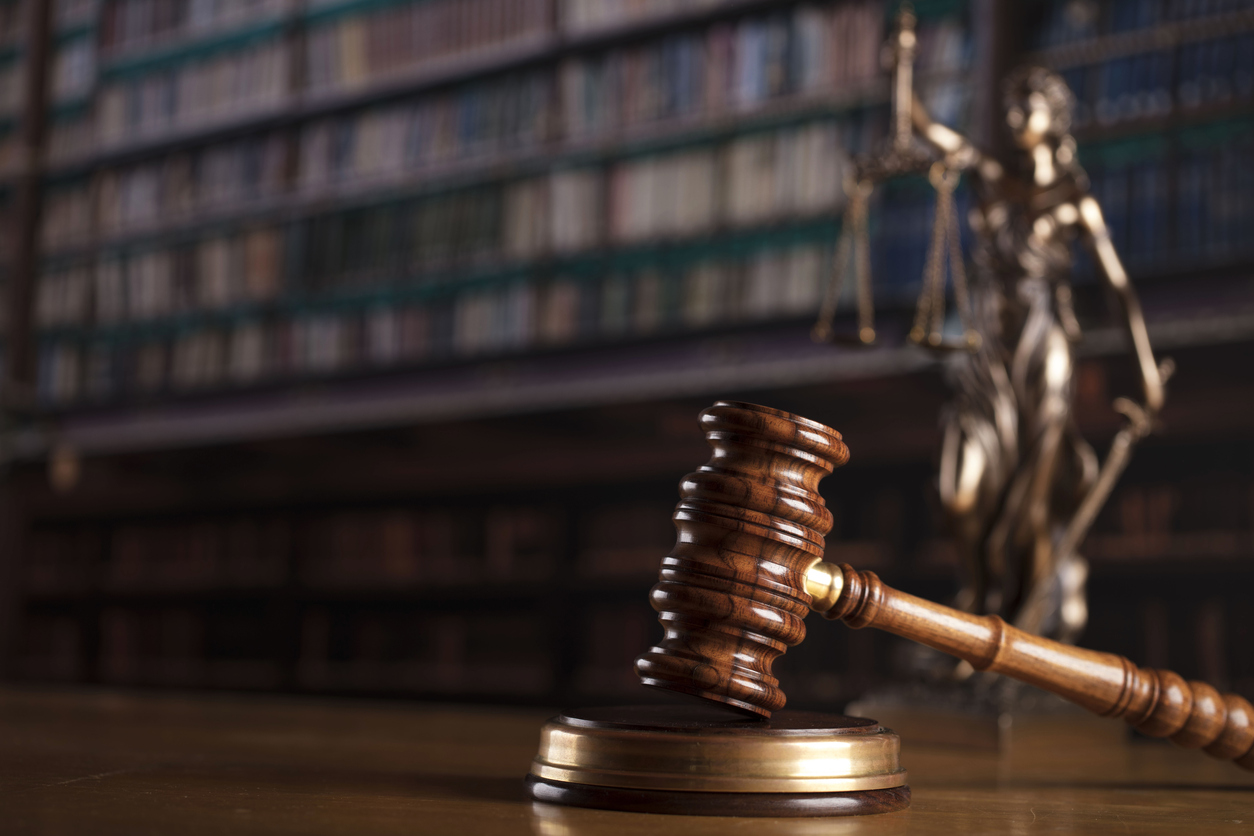 In the simplest of terms, Shinn v. Ramirez and Jones presents the Court with the question of whether a state can properly put a person to death without allowing that person a fair trial. Mr. Ramirez and Mr. Jones were represented by incompetent counsel throughout their state court proceedings. Barry Jones’s lawyer failed to investigate Mr. Jones’s credible claim of actual innocence, and David Ramirez’s lawyer failed to present compelling evidence of Mr. Ramirez’s intellectual disability. Had Arizona appointed competent counsel to represent Mr. Jones and Mr. Ramirez, neither one would be facing execution. That should ring alarm bells for all of us. Fairness, due process, and the credibility of our criminal legal system are all at stake when the Supreme Court hears oral argument on December 8, 2021.

Although exonerations due to DNA testing and other forensic revelations garner significant attention, the more mundane reality is that wrongful convictions often result from incompetent lawyering. Despite this, incarcerated people seeking to correct such injustice face a heavy burden. They must show that their trial lawyer made an inexcusable mistake, and that without the error, there is a reasonable probability the case would have turned out differently. In most states, the defendant must make that showing during state post-conviction, and if the state courts reject the claim, the defendant can raise it in a federal petition for writ of habeas corpus.

However, if Arizona has its way, the Supreme Court may soon make it virtually impossible for many such defendants to prove they were wrongfully convicted.

On December 8, the Court will hear argument in Shinn v. Ramirez and Jones, a consolidated case that the State of Arizona brought. Arizona is asking the Court to overturn unanimous Ninth Circuit decisions granting relief in separate cases to two death-sentenced men based on compelling evidence of innocence (Barry Jones) and intellectual disability (David Ramirez). Because Arizona appointed incompetent counsel to Mr. Jones and Mr. Ramirez at both the trial and post-conviction stages, they were unable to raise that evidence in state court. Only in federal habeas, when Mr. Jones and Mr. Ramirez received competent counsel for the first time, were the defendants able to present potentially life-saving evidence for lower federal court consideration.

Arizona is now urging the Court to adopt an extreme reading of a federal statute—a reading that no court of appeals has adopted—to bar federal courts from considering that evidence.

The specific question the Court will consider in Shinn is whether a federal court reviewing a habeas petition may consider new evidence in support of a claim that the defendant’s trial counsel was constitutionally ineffective, where the defendant never properly raised that claim in state court due to the ineffectiveness of state post-conviction counsel. This is the very window of review that the Court opened less than ten years ago in Martinez v. Ryan, 566 U.S. 1 (2012), decided by a 7-2 majority including both Chief Justice Roberts and Justice Alito.

There, the Court recognized an exception to the general rule requiring incarcerated people to properly raise claims in state court before presenting them in a federal habeas petition. The decision in Martinez allowed federal courts to address the merits of those claims in appreciation of the fact that the rule would otherwise prevent defendants from remedying constitutional violations when, through no fault of their own, the state appointed them incompetent counsel. Thus, after Martinez, federal courts could review new evidence of trial counsel ineffectiveness even though no prior state court reviewed the claim due to the ineffectiveness of the defendant’s appointed post-conviction counsel.

In Shinn, Arizona is asking the Court to shut that window. It’s troubling that the Court took this case in the first place. Martinez is less than a decade old and there is no circuit split on the issue. The decision in Martinez can even be read to reject Arizona’s proposed position.

In Barry Jones’s case, the district court applied Martinez, finding that Mr. Jones could raise his trial counsel ineffectiveness claim for counsel’s failure to investigate, develop, and present extensive evidence that undermined the state’s case against him. The court further found that the new evidence created a reasonable probability that a jury would have acquitted Mr. Jones at trial, and ordered Arizona to retry or release him. The Ninth Circuit affirmed the district court’s grant of relief. In David Ramirez’s case, the Ninth Circuit held that he was entitled to a hearing, under Martinez, on whether his trial lawyer was ineffective for failing to investigate, develop, and present mitigating evidence of his intellectual disability that may have resulted in a life sentence. Both cases involve egregious attorney errors for counsels’ failures to pursue a wealth of available evidence at both the trial and post-conviction stages.

But Arizona now argues that 28 U.S.C. § 2254(e)(2), a provision of the Antiterrorism and Effective Death Penalty Act of 1996 (AEDPA), precludes a federal court considering new evidence supporting an ineffective trial counsel claim under the Martinez exception. This approach would create a legal Catch-22 for incarcerated people, effectively closing the window of review that Martinez just opened. Because ineffective trial counsel claims almost always rely on new evidence, Arizona’s position would render the right to a merits hearing established in Martinez meaningless and virtually foreclose relief. According to Arizona, AEDPA should effectively block incarcerated people from obtaining relief from even the most egregious errors in their convictions and sentences despite the state appointing them ineffective counsel at both the trial and state post-conviction stages. Arizona’s interpretation of AEDPA is untenable in light of the equitable principles at the heart of habeas corpus, and basic notions of due process and fairness.

The question before the Court is technical, but important. Section 2254(e)(2) prohibits a federal court from considering evidence in support of a habeas petitioner’s claim if the petitioner was “at fault” for not developing the evidence in state court. In Martinez and many other cases, courts have recognized that people similarly situated to Mr. Jones and Mr. Ramirez are not at fault for failing to properly raise an ineffective trial counsel claim. The same reasoning should apply to deem them not at fault for failing to develop the evidence supporting the claim.

As the district court in Mr. Jones’s case concluded: “it is simply illogical, and extraordinarily burdensome to the courts and the litigants, in a post-Martinez world, for a court to allow full evidentiary development and hearing on the Martinez ‘claim,’ but not allow consideration of that very same evidence as to the merits of the underlying trial-counsel [ineffectiveness] claim because his constitutionally ineffective [postconviction] counsel failed to raise that claim.”

Mr. Jones and Mr. Ramirez argue that Arizona’s contrary position ignores the statute’s language and would upend the balance that AEDPA strikes between state and federal courts. AEDPA strictly limits federal review of claims that incarcerated people raised, or reasonably could have raised, in state court. But in the narrow Martinez context, where two rounds of incompetent lawyers produced extreme malfunction in state-court proceedings, the federal courts maintain their role as a critical backstop.

On the other side, Arizona argues that Martinez hearings are burdening the federal courts and that allowing incarcerated people to present new evidence in support of claims under Martinez undermines the states’ interests in finality of their convictions. Arizona also seems to argue that Martinez incentivizes state-court lawyers to purposely neglect their clients’ cases to set up future federal review, a claim devoid of empirical evidence and disturbing in its baseless assumptions about defense-attorney ethics.

It’s hard to see how a state has any compelling interest in the finality of a wrongful conviction or death sentence. An amicus brief that a group of former federal prosecutors and DOJ officials filed supporting the Respondents stresses that point. And as an amicus brief that some of the country’s leading habeas scholars filed supporting the Respondents explains, the federal courts have granted only a small number of evidentiary hearings on claims under the Martinez exception, belying Arizona’s warnings about open floodgates. Seven other amicus briefs were filed in support of the Respondents, including from retired state and federal judges, the American Bar Association, the Innocence Network, a second group of habeas scholars, the attorney who briefed and argued Martinez, Arizona capital defense experts, and the Capital Habeas Units of the Federal Public Defender system.

On the other side, the Court received three amicus briefs supporting Arizona. Two criminal law professors point to an entirely different provision of AEDPA as a basis for reversing the decisions below; a group of 18 states urge the Court to consider comity, federalism, and finality; and the conservative Criminal Justice Legal Foundation points to concerns about pre-execution delays.

None of these arguments mask the reality that in an effort to nullify Martinez, Arizona is manufacturing a problem that does not exist. Permitting evidentiary hearings in these circumstances—where the state has provided an incarcerated person with two rounds of ineffective counsel—would not undermine federalism nor “flood the federal courts” with hearings. All the states need to do, as Respondents point out, is to design procedures ensuring that people charged and convicted of crimes receive adequate counsel at trial and at the post-conviction stage, and an adequate opportunity to develop and present their claims when ineffective lawyers make mistakes.

The Respondents’ brief explains how their cases highlight both the danger of adopting Arizona’s position and the ways that Martinez is working in its narrowly intended manner. But for Martinez, both men risk execution despite compelling evidence that Mr. Jones is innocent and Mr. Ramirez is a person with intellectual disability.

AEDPA is supposed to be about comity, finality, and federalism. But Arizona’s restrictive interpretation in Shinn v. Ramirez and Jones prioritizes finality over all else, including logic, due process, and justice.