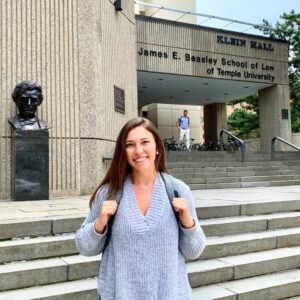 Graduating college during the first year of the Trump presidency helped me reflect on how I wanted to use my education. From the start of his administration, there were clear challenges to the progress our country was making towards equal justice under law.

Those threats to justice and democracy pulled me towards a path in public service. I moved to Philadelphia to work in a small immigrant affairs office to expand outreach and naturalization efforts to the city’s immigrant communities. During my time with the office, I was struck by the wide and varied impact of the attorneys I worked with. I observed the difference that an attorney could make in someone’s life by preparing a citizenship application with them, the power of a city to file injunctions blocking orders that targeted “sanctuary cities,” and the versatile strength that my boss drew from her law degree to advocate for some of the city’s most vulnerable residents.

I came to Temple Law School to become a better advocate for a fair and just society. With these interests, I was naturally drawn to join Temple ACS. Our law school chapter brings together students for discussions on significant constitutional issues that impact justice, equality, and democracy. This past year, our events have focused on topics like qualified immunity, vote by mail litigation, HIV criminalization, and the First Amendment right to protest—just to name a few. Although we were presented with the challenge of virtual programming, our remote events ultimately allowed us to invite amazing speakers from around the country and more easily collaborate with other ACS chapters.

I am proud to serve as President of the Temple Law School chapter and I look forward becoming more involved with the national ACS network as part of the Next Generation Leaders program in the coming year. 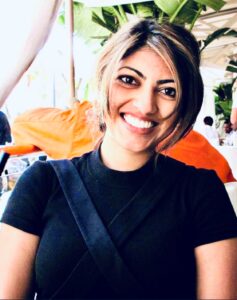 It was not my first choice to come to law school. Honestly, it was neither my second nor third. I graduated from the University of Virginia with a degree in economics and politics with a minor in public health and, instead of going to law school like the rest of my family, headed to Chicago to work as a government healthcare consultant. Throughout my consulting career, I worked with Health and Human Services agencies in Illinois, New York, Texas, Louisiana, Alabama, and North Carolina, analyzing their business processes and reengineering their internal structure for greater efficiency and productivity—and I fully intended to continue.

However, years of contending with both the complex American bureaucracy and the idiosyncratic administrative law system became incredibly frustrating. One incident with a benefits specialist in Alabama was particularly disheartening. The specialist  explained the agency’s quota system that required specialists to turnaround a certain number of Medicaid, Medicare, and Veterans Administration (VA) applications within a specific time period. If an individual specialist did not meet the quota, they would be reprimanded. Specialists who were reprimanded more than once were let go. In order for this specialist to meet her quota and keep her job, she would take stacks of applications, put them in her desk drawer, and throw them in the dumpster hoping the individuals would re-apply. This was the only way she felt she could meet the quota. I was heartbroken not only for the people whose applications were never  evaluated, but for the country at large. At that moment, I knew that unless policies were changed, my attempt at changing programs was for naught. I realized that while reengineering is a powerful tool, the law is more broad-reaching‒allowing an individual to effect meaningful change on both a small and large scale. Through consulting, I saw the law as a living, breathing entity not only worthy of study, but worthy of life-long dedication.

Fast forward to 2021 and I am currently a 3L law student at Saint Louis University studying health law. Upon graduation, I intend to continue fighting for progressive causes particularly with disenfranchised populations in the Virginia-D.C. area. Last summer I had the pleasure of working at Legal Services of Eastern Missouri where I helped individuals appeal their Medicaid benefit denials where loss of benefits were largely due to the negligence of the state adjudicators. By using my skills as a law student to aid elderly, homeless, and disabled individuals restore their health benefits I feel strongly that my decision to go to law school was the right one. This past summer I also served as a faculty fellow for Professor Ruqaiijah Yearby working with the Center for Disease Control on issues of federal and state pregnancy discrimination.

ACS is vital to ensuring meaningful societal change because the organization  provides both an outlet for discussing progressive ideas, and a means to advocate for those ideas. I am honored to be an ACS chapter leader and Next Generation Leader and look forward to continuing my involvement  well into my legal career.

I am an ACS Student Chapter President and an ACS Next Generation Leader, and have had the privilege of putting my lifelong dedication into practice by coordinating programs on the pervasiveness of structural racism in all aspects of society. I also plan on coordinating health law programs, as health law affects all other progressive causes such as lowering rising healthcare costs, decreasing high recidivism in prison, and managing food deserts in areas of extreme climate change and poverty. As a chapter leader, I aim to elicit a paradigm shift in legal application by demonstrating the power of interdisciplinary analysis. 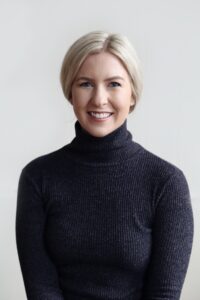 My time as President of ACS at Creighton Law started in August of 2020 when the world was trying to figure out how best (or how at all) to conduct classes while protecting students and faculty. In the midst of this, ACS (and Zoom!) allowed my Chapter to put on some of the most dynamic, thought-provoking programming for Creighton Law students in the last decade. Our Chapter arranged: a Mayoral Candidate Forum for the entire City of Omaha (which included the most diverse group of candidates ever); had multiple conversations to honor and educate during Black History Month; and engaged Creighton alum--ranging from a former Obama White House staffer to a federal judge whose hardline stance against federal sentencing guidelines was taken up by the Supreme Court, where his decision to forego sentencing was ultimately upheld. We partnered with other clubs and organizations on campus, some of which had written off programming altogether due to COVID-19, and strengthened our collegial relationships by doing so.

The support I had from ACS National was incredible (shoutout to Jordan Blisk!). Our Chapter received encouragement every step along the way, which allowed me to navigate the complex year. I wholeheartedly and vigorously support the mission of ACS. The organization has cultivated a rich group of motivated and caring future attorneys who are not afraid to have difficult conversations and are eagerly pushing for change. Although my career goals have stayed rooted in private practice, I will without a doubt remain active and engaged with ACS and its mission in the private sector. I thank ACS for the opportunity to lead, to have the difficult conversations, to challenge the views of others, and to join such a dynamic and vitally important organization. I remain optimistic that the best is yet to come, both for ACS and for our country.

If you have a story you would like to share through Students of ACS, please e-mail us at campus@acslaw.org.