ACS-CREW Report: Why President Trump Can’t Pardon His Way Out of the Special Counsel and Cohen Investigations by Caroline Fredrickson, Noah Bookbinder, and Norm Eisen, May 10, 2018

Prosecutions May Continue After Pardons 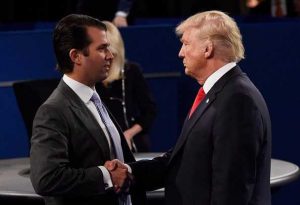 ACSblog: The President's Pardon Paradox: Granting Them Could Aid the Prosecution

Legal Risks of Pardon for President

If Trump Pardons, It Could Be a Crime, The New York Times

Trump and His Lawyer May Have Conspired to Obstruct Justice If They Dangled Pardons for Manafort and Flynn, Daily Beast

No, Trump can’t pardon himself. The Constitution tells us so, The Washington Post

Your support helps us bring you more content like this from experts in the progressive legal and policy community on the pressing legal issues of the day!
Give now