Comprehensive rebuttal of attacks on Mueller inquiry: ACS-CREW report: The Smear Campaign Against Mueller: Debunking the Nunes Memo and the Other Attacks on the Russia Investigation

What to know about the shadowy Nunes memo | Barbara McQuade, Detroit Free Press 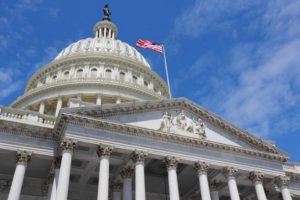 After Comey Firing, Congress Must Stand Up to Trump, USA Today

ACSblog: Demanding the Facts: Resolution of Inquiry into Conflicts of Interest, Ethics Violations and Russia Ties Voted Down in Party-Line Vote

ACSblog: We Can't Count on Robert Mueller to Tell Us What We Need to Know

ACSblog: A Consumer's Guide to the Trump-Russia Investigations

ACSblog: Inside the Russia Investigations: How Congress and the Special Counsel Work in Parallel

Argument for Immunity for Flynn

Questions for Attorney General Jeff Sessions November 14, 2017, Hearing before the House Committee on the Judiciary, Nov. 14, 2017