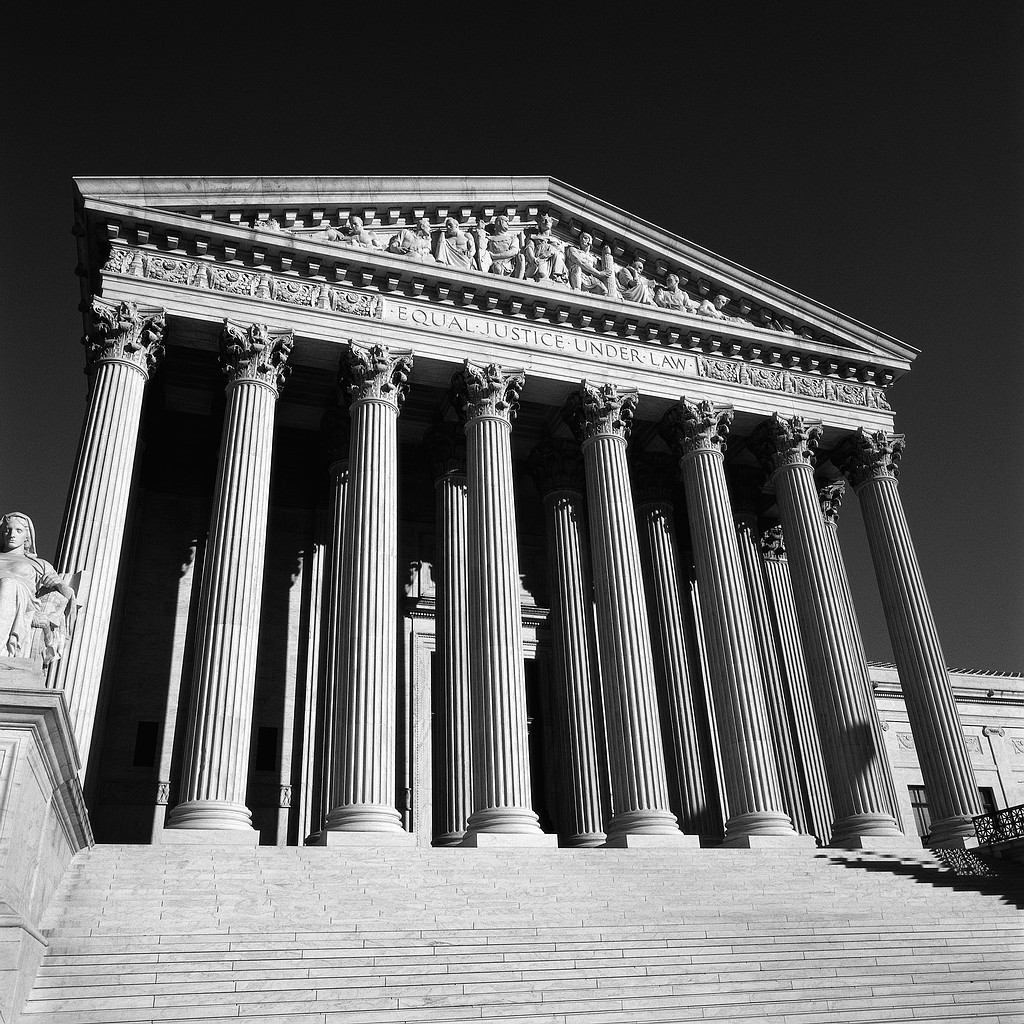 Says Courts that are in need of reform will be reformed

"Today the Majority in the United States Senate has engaged in an unprecedented power grab. In so doing, our Constitution has been abused. As a consequence, the Right has delegitimized and damaged the United States Supreme Court, the very body it so desperately seeks to control and use as an instrument of reactionary power.

Through these reckless actions, the Court and our democracy are in a new and perilous state. But this state of affairs, where the Right does what it can, and the rest of us suffer what we must, cannot be allowed to persist.

The lawyers and especially the law students who are members of the American Constitution Society are not going to sit quietly by as the Right takes away their future. I want them and the American people to know that since the Right insists on having a fight about the future of the Court, we are here, we are on your side, and we are ready for that fight.

The Right has essentially captured our courts. As many have noted, there are now as many justices on the Supreme Court who were part of the Republican Bush v. Gore litigation team in 2000 as there are justices nominated by presidents of the party that has won the popular vote in four of the five elections conducted in this century. The lower courts are just as imbalanced. As a result of the ruthless court packing scheme that involved blocking qualified nominees put forward by President Obama and ramming through ideologues nominated by President Trump, one out of every four active federal judges is a Trump nominee.

Clearly the Right has very big plans for this captive judicial system. Perhaps it will intervene in the upcoming election, as President Trump has openly requested. Perhaps it will strike down the Affordable Care Act, in a case to be argued only a week after the election. Or perhaps it will begin a careful, but ultimately thorough, hollowing out of the last 100 years of progress in American law.

What could this mean over time? Police totally unconstrained by the modest protections for individuals the courts have put in place. Regulations to protect clean air and water and roll back climate change struck down. Reproductive autonomy, and access to contraception for both women and men, taken away. LGBTQ+ people forced back into the closet. The right to vote denied to millions. Workers deprived of safety regulations and the right to organize.

But we should not despair. We must, and will, respond swiftly and forcefully to make clear to the Right that this fantasy of minority rule enforced by captured courts is just that. Courts that are in need of reform will be reformed.

Exactly how this will occur we cannot yet say. As Lincoln said, because our case is new, we must think anew. The members of the American Constitution Society are indeed thinking anew, and rigorously, about how to answer this assault. Whether by legislation, commission, or constitutional amendment, there must be a serious response. We welcome all who would participate in good faith to join this conversation."