ACS President Releases Statement on the Conviction of Derek Chauvin

"Derek Chauvin being found guilty confirms what we all have known since the world witnessed the murder of George Floyd on video last year. This verdict is important but represents a single case. During the course of this trial, police have continued to kill Black and Brown people, including the recent murder of Daunte Wright, perpetrated mere miles from the site of the trial and George Floyd’s murder.

People are right to be outraged about police violence, and they must be allowed to exercise their constitutional right to peacefully protest in pursuit of the seismic reforms needed. Police violence in this country is a generations-long epidemic. The outcome of a single case, while critical for achieving a measure of justice for George Floyd’s family and community and for holding Chauvin accountable, will do little to prevent future police violence. The answer cannot just be to wait for police to kill or brutalize the next Black or Brown person and to then seek justice in that one case.

We must finally reckon with how racism permeates and impacts our legal system and our institutions more broadly. The police violence Black and Brown people experience today is a direct result of our failure to address the racially oppressive roots of policing in this country. We will not achieve justice until we undertake the systemic changes needed to have laws and institutions that are designed to protect and achieve justice for all instead of target and oppress communities of color.

As we collectively undertake the hard work of creating the political and popular will for the necessary foundational changes to our institutions, there are reforms we can undertake immediately to increase accountability for and reduce abuses by police. We need to end qualified immunity and create a national standard for use-of-force that protects people who are not an actual threat to police. We must reduce over-policing of historically oppressed communities and empower these communities to decide how public safety is achieved. The list of reforms is long and, we reiterate, it is known. There is no excuse for delaying reforms that are generations overdue." 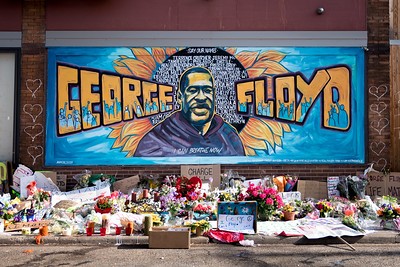