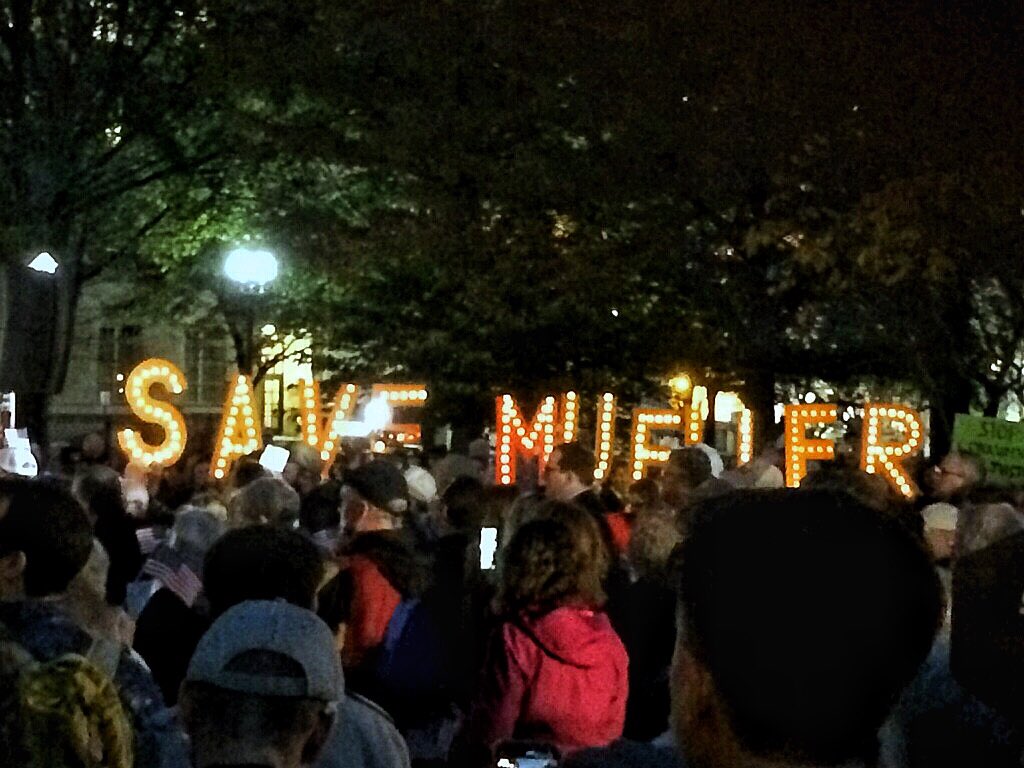 Yesterday, President Trump accelerated his long-running campaign to undermine the investigation by Special Counsel Robert Mueller by forcing the departure of Attorney General Jeff Sessions and naming as Acting Attorney General Matthew Whitaker, former Department of Justice chief of staff. With this action, the President installed as our nation’s top law enforcement official an individual who has repeatedly denigrated the Mueller investigation, prejudged substantive matters relevant to the investigation – and whom the White House chief of staff reportedly described as “the West Wing’s ‘eyes and ears’ in a department the president has long considered at war with him.”

Sessions' "requested resignation" is starkly analogous to the “Saturday Night Massacre” where then-Attorney General Elliot Richardson and others resigned after refusing to follow President Richard Nixon's request that they fire the Special Prosecutor who was investigating the Watergate scandal.

These circumstances pose direct and serious threats to the rule of law. It presents a fundamental conflict of interest for President Trump to hand-pick the supervisor of an investigation that already has identified the President as a subject – and Whitaker's specific history regarding the Mueller inquiry only heightens these conflict concerns. As detailed in today’s New York Times op-ed by Obama White House ethics czar Norm Eisen and Democracy21 President Fred Wertheimer, Whitaker should be recused from any matters involving the Mueller inquiry.

The President’s Wednesday afternoon massacre raises a host of additional legal and ethical issues, including whether the appointment of Whitaker comports with the DOJ succession statute and regulations and the Vacancies Reform Act. Georgetown Professor Marty Lederman dissects those issues in a Just Security blog post today, Neil Katyal and George Conway weighed in in The New York Times, and former federal prosecutor Renato Mariotti and former U.S. Attorney Preet Bharara each provided analysis on podcasts today.

Regardless of any recusal actions, Congress has authority to enact additional protections for the Special Counsel and should conduct vigilant oversight to ensure he continues to be able to follow the facts where they lead.