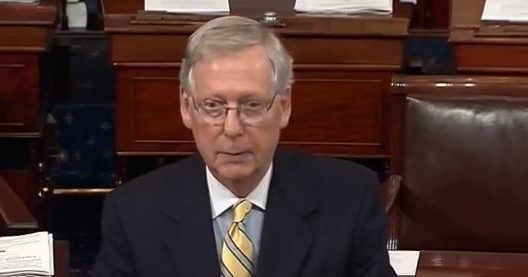 This week Senate Majority Leader Mitch McConnell (R-KY) announced that he had reversed his position from 2016 and would work to confirm President Trump’s nominee should a Supreme Court vacancy occur in 2020.

McConnell’s statement is the latest evidence that capturing the nation’s courts is the highest priority for the right-wing. As E.J. Dionne wrote Wednesday: “ McConnell will use any method available to stuff the Supreme Court with young, right-wing nominees who will do the bidding of conservative interest groups regardless of what voters say in the next election — or the one after that, or the next one, or the next.”

Last week The Washington Post, building on ACS-supported research, exposed the $250 million dark money network controlled by Leonard Leo. Columbia Law School Professor Jamal Greene, a member of ACS’s Board of Academic Advisors, wrote in Slate about the radical agenda to roll the Constitution back to before the New Deal at the heart of the court capture effort.

View ACS’s Court Capture page to learn more about the effort to install reactionary judges and what you can do to protect the courts.