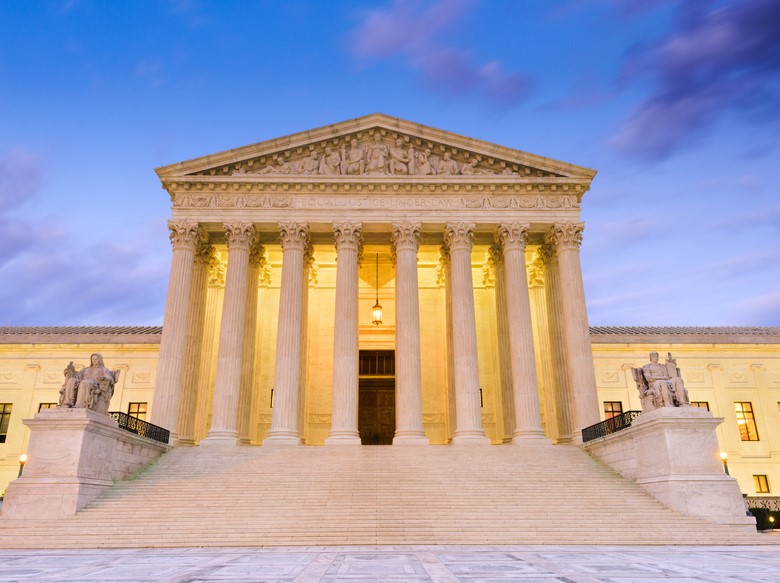 On Tuesday, ACS and other progressive groups sent a letter to CNN executives urging the network to include a question about the Supreme Court during the second round of Democratic presidential debates, which the network will host Tuesday and Wednesday night.

The letter--signed by American Constitution Society, Committee for a Fair Judiciary, Demand Justice, and Take Back the Court--emphasizes that President Donald Trump and Senate Majority Leader Mitch McConnell have been explicit about their plan to use the courts to “move America to the right.”

For more: Read ACS President Caroline Fredrickson's blog on why the courts are a defining issue of the 2020 campaign.

The full text of the letter appears below:

President Trump and Senate Majority Leader McConnell have openly declared that their goal is to move America “right of center” by systematically confirming Trump’s lifetime judges. Confronting this generational shift in our courts will be one of the most pressing issues for the next president––in fact, the viability of his or her entire agenda depends on it. At this week’s Democratic presidential primary debate, we urge you to ask presidential candidates how they will respond to the crisis in our courts.

This is a critical issue that somehow escaped any meaningful discussion in the first set of Democratic debates in June. The failure of the debate moderators to ask a single question about the Supreme Court was particularly confounding since the Court issued its highly controversial, 5-4 ruling to allow partisan gerrymandering on literally the same day as the second debate, and yet the candidates were not asked to respond at all.

Since then, the problem of our politicized Supreme Court has become even more obvious. Last Friday, the Court ruled 5-4 to allow President Trump to move forward with constructing his border wall with military funds––even though Congress had denied it. This follows similar 5-4 decisions in the last two years to uphold Trump’s Muslim ban, undermine public sector unions, and expand the use of forced arbitration. These decisions were all made possible because McConnell effectively stole a Supreme Court seat from President Obama and then changed the Senate rules so Neil Gorsuch could be confirmed with just a majority vote. Democratic presidential candidates must be asked how they will deal with such a partisan, political Supreme Court that consistently favors the interests of powerful, corporations, and the Republican party.

The takeover of our judiciary goes far beyond the Supreme Court. Senate Republicans engaged in unprecedented obstruction of Obama’s judicial nominees––leaving more than 100 vacancies for President Trump to fill. Then, they dismantled every norm, process, and guardrail imaginable to confirm a record number of Trump circuit court judges. Now, they have changed the Senate rules to rubber-stamp Trump’s district court judges, too. This week, the Senate will consider 19 Trump district nominees. By comparison, in all of 2015-16, McConnell only allowed the consideration of 18 Obama district nominees—the fewest in a two-year Congress since President Truman. Democratic presidential candidates must be asked how they will approach judicial nominations in this new environment and what kinds of judges they will appoint.

View our interactive map tracking judicial vacancies in the circuit and district courts.

The next Democratic president’s success will be determined by whether he or she is able to counter the extreme right takeover of our third branch of government. Democratic voters—and all Americans––deserve to know which candidates are prepared to meet this challenge and how they will do so. We cannot afford another debate where this critical issue is ignored.