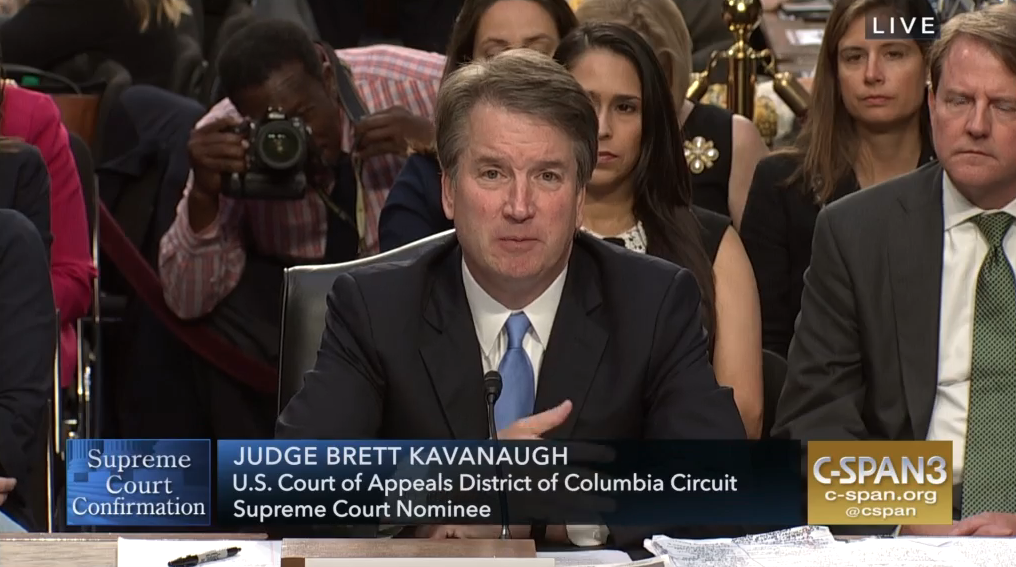 No one watching this week’s proceedings in the Senate could have been bristling with pride about the current functioning of the U.S. government. Screaming, taunting, and hypocrisy were all on full display, as were the genuine and raw emotions of fear and anger.

Dr. Blasey Ford told a detailed and compelling story that is consistent with both how victims of trauma remember their assaults and how they carry themselves when forced to relay the details of that trauma. Indeed, it was clear to the nation, from her quaking voice, trembling hands, and anguished expressions that her memories of this event are all too clear and haunt her to this day. Her description of her attack is also consistent with numerous reports of Brett Kavanaugh’s hard-partying ways in high school. It is simply not credible to assert she is a staged actor or pawn in a vast conspiracy to block Kavanaugh’s nomination.

Nor is it credible to assert that the timing of her accusations somehow renders them invalid. Whether they came out a year ago or a year from now, her charges would still be worthy of investigation, as are all accusations from victims of sexual assault.

Brett Kavanaugh’s testimony refuting Dr. Ford’s allegation was similarly intense. His raw emotion, deep anger, and clear grief over what this process has inflicted upon his family appeared genuine. His denials regarding the accusations were forceful but marred by unnecessary snark and combativeness. It often appeared as if he viewed the Senators asking him questions and the hearing itself as the obstacles in his path to confirmation rather than the questions about his character and conduct.

But at the end of the day, we were still left with one event and two opposing versions of what transpired from two different witnesses.

Except that one of those witnesses wants law enforcement officials to examine her assertions, the other refused to make that same ask. One witness was 100% comfortable with the FBI looking into her versions of events, the other was seemingly not.

Now we will apparently get that investigation, the depth and breadth of which have yet to be determined. Hopefully, having independent law enforcement personnel look into this will objectively addresses the concerns of all Senators. And if either party is not being truthful, that should surface as part of any credible investigation and we will all learn the truth once and for all.

The Supreme Court is supposed to be above politics. It is supposed to be the last hope of those seeking justice against powerful and often discriminatory special interests. But the Senate GOP has been poised to tarnish the Court’s time-honored legacy with their headlong rush to win at any cost and install Kavanaugh on the court despite serious and credible questions about his fitness.

Hopefully, on the far end of this process is a resolution that restores a measure of decency in the Senate and helps protect the reputation of the highest court in the land.