Progressive lawyers and advocates from around the country gathered in Atlanta in October for the 2019 ACS National Lawyer Convening. The Convening program centered around the belief that the law can and should be a force to improve the lives of all people and empowered ACS leaders to help lead the charge! From strengthening leadership skills to developing a creative litigation strategy to becoming a judge, attendees heard about tangible ways to further this goal as progressive attorneys and advocates.

The Convening gave attendees the opportunity to hone their leadership style, make genuine connections with other legal professionals, and share their stories about why progressive advocacy matters to them.

In the past 10 years, the civil rights legal space has seen an evolution towards movement lawyering and coalition-based work, embracing the idea that issues must be addressed and rights defended on all levels. With voting rights at the heart of civil rights work and Georgia as a hotbed state for issues of voter suppression, poor election administration, and redistricting, this panel featured Nancy Abudu, Bruce P. Brown, Jackie Colon, April England-Albright, and Bryan Sells as they took a closer look at both how the work gets done and the voting rights issues taking front and center in Georgia leading up to the 2020 election.

Conversation on Inequalities of Criminal Defense

How does inequality in defense lead to other disparities? Using Jarrett Adams’ experience as an exonerated attorney, the panel discusses how his personal account reflects serious problems in the criminal justice system. The discussion, featuring Stephen Bright and Josie Duffy Rice, examines the right to counsel, effective advocacy, and what sustainable reform should look like.

The Strengthening your Leadership Skills workshop provided attendees with skills and tools they can apply to their work as leaders of their ACS chapters, in their work, and in their communities.

Discussion on the Department of Justice and the Rule of Law

The Department of Justice, through the direction of the Attorney General, is responsible for “ensuring fair and impartial administration of justice for all Americans.” Departmental regulations, norms, and traditions ensure this impartiality and independence, including rules governing attorney hiring, norms preventing the Solicitor General’s Office from changing its representations before the Supreme Court, and traditions that insulate the Department’s prosecutorial decisions from Presidential intervention. However, the Department’s independent reputation has been sullied as of late by what critics see as the current Administration’s attempt to erode DOJ norms from within. What is the state of the Department of Justice and what are the implications for the rule of law? What reforms are necessary to the Department to ensure it remains faithful to its mission?

The Civil Rights Rollback (and What You Can Do About It)

Over the course of its first three years, the Trump Administration has seemingly made targeting vulnerable communities among its primary agenda items. The ongoing retrenchment of our civil rights and liberties has taken the form of both affirmative policies, such as the Muslim travel ban and the separation and detention of migrant families at the southern border, and the reversal of pre-existing policies, such as the decision now being litigated to terminate the DACA program and the withdrawal of protections for transgender students in public schools. Perhaps encouraged by the change in the administration’s posture on such issues in addition to the new personnel on the Supreme Court, state legislatures have gotten into the action, passing a number of highly restrictive laws regarding abortion access, which disproportionately affect the rights of poor women. What can we do to address these rollbacks, especially when they are so numerous? Can we continue to rely on the courts to protect civil rights and civil liberties? 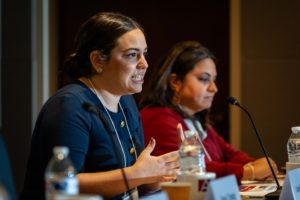 ACS delivered the following awards at the Convening:

View the schedule of events 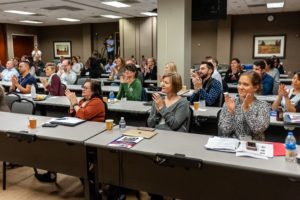 The ACS 2019 National Lawyer Convening offered CLE credit for a variety of jurisdictions, including CA and GA and reciprocal states such as AL, AZ, CT, and NY.  CLE Documentation available here.