Professor Stevenson is the founder and Executive Director of the Equal Justice Initiative and a Professor of Law at NYU School of Law. He has devoted three decades to challenging the criminal justice system’s bias against people of color, the poor, the young, the mentally ill, and other marginalized populations. Learn more about Stevenson in this recent New York Times article.

ACS’s Lifetime Achievement Award recognizes those individuals who have devoted a substantial portion of their distinguished careers to ensuring that the law is a force to improve the lives of all people. Recipients are defenders of the U.S. Constitution and its core values, such as genuine equality, liberty, justice and the rule of law, and their life’s work reflects the purposes of our Constitution, itself: to “establish Justice, insure domestic Tranquility, provide for the common defence, promote the general Welfare, and secure the Blessings of Liberty.” 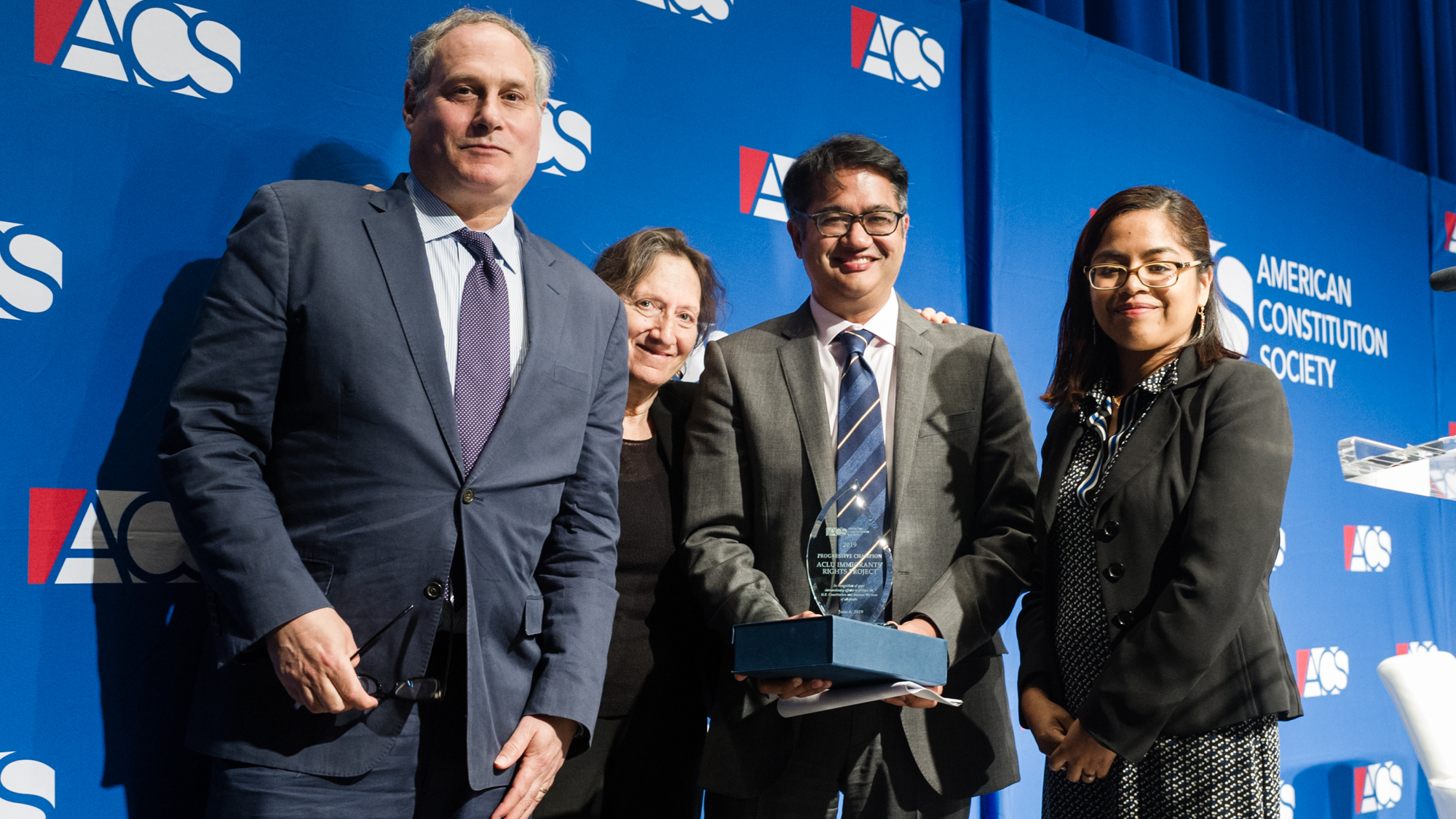 The ACS Progressive Champion Award recognizes extraordinary efforts to ensure that the law is a force to improve the lives of all people, protect our Constitution, and cultivate the next generation of legal leaders.

The work of the ACLU Immigrants’ Rights Project has exemplified the tremendous positive impact that lawyers can have on individual lives and on the public debate of a critical policy issue. For more than 25 years, the ACLU has been at the forefront of almost every major legal struggle on behalf of immigrants’ rights, focusing on challenging laws that deny immigrants access to the courts, impose indefinite and mandatory detention, and discriminate on the basis of nationality. 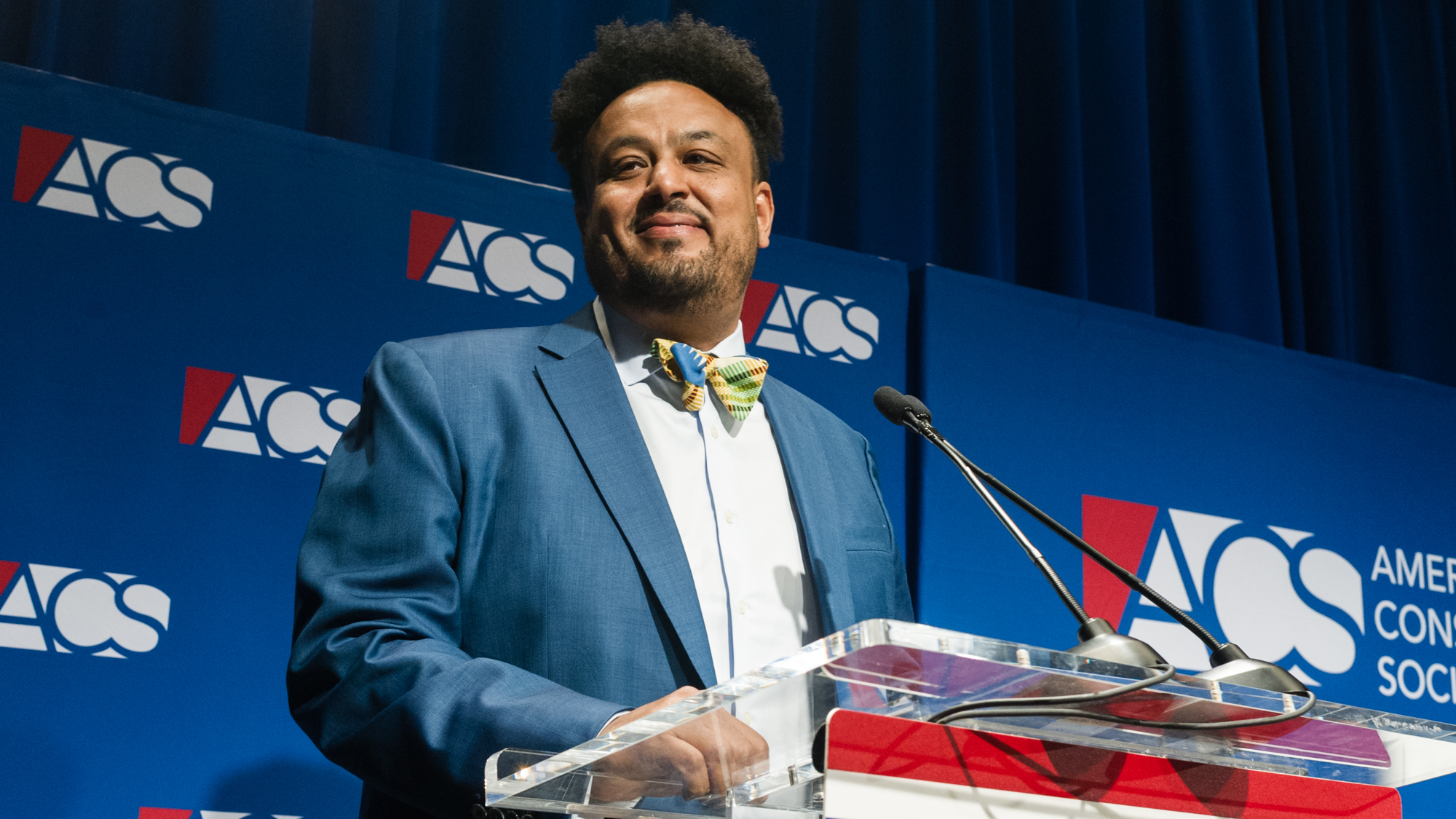 The David Carliner Public Interest Award was established in memory of one of the great public interest lawyers of the 20th Century, David Carliner (1918-2007), a champion of justice in his native Washington, D.C. and on the national stage. A tireless, innovative litigator, he also played a leading role in building institutions devoted to protecting civil and human rights and combating injustice on a systemic basis.

The award recognizes outstanding public interest lawyers whose work best exemplifies its namesake’s legacy. It is also meant to connect the winner’s work to the greater legal community and to provide financial support for both the winner and their organization.

ACS and the University of Pennsylvania Law School ACS Chapter host an annual national student writing competition in honor of Constance Baker Motley’s legacy. As a civil rights attorney, first woman elected President of the Borough of Manhattan, and the first African-American woman appointed to the federal bench, Motley’s life-long commitment to equality for all aligns with ACS’s mission to ensure that law is a force to improve the lives of all people.

2019 marks the twelfth year for the Richard D. Cudahy Writing Competition on Regulatory and Administrative Law. Judge Cudahy’s distinguished contributions to the fields of regulatory and administrative law combined a keen grasp of legal doctrine, deep insight into the institutional forces that determine how doctrine is implemented, and an appreciation of the public impact of doctrinal and institutional choices, including the consequences for fundamental values such as fairness, participation, and transparency. This competition seeks to encourage and reward these qualities in the scholarship of others.

Judge Cudahy was appointed to the United States Court of Appeals for the Seventh Circuit by President Carter in 1979, where he earned a national reputation for the depth, rigor and fair-mindedness of his opinions, academic publications and speeches. Among those who worked with and appeared before him, Judge Cudahy was known for his unfailing decency and generosity of spirit.