Will Whoever Fires Bob Mueller Please Turn Off the Lights 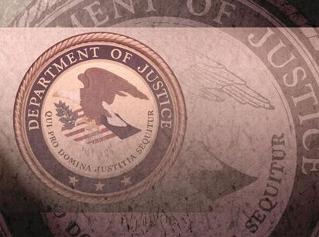 *This piece was originally posted by Brennan Center for Justice

Last Monday, she was asked: “Is the President going to rule out, once and for all, firing [Special Prosecutor] Robert Mueller.”

“There's no intention or plan to make any changes in regards to the special counsel,” she replied.

Sen. Bob Corker (R-Tenn), fresh off warning that the President might start World War III, can’t imagine he’ll do it.

Last Tuesday, a reporter cornered the president’s harshest Senate critic in a hallway and posed the following: “There are stories that the President is thinking about firing Mueller. Do you think that’s appropriate?”

*This piece was originally posted by Brennan Center for Justice

Last Monday, she was asked: “Is the President going to rule out, once and for all, firing [Special Prosecutor] Robert Mueller.”

“There's no intention or plan to make any changes in regards to the special counsel,” she replied.

Sen. Bob Corker (R-Tenn), fresh off warning that the President might start World War III, can’t imagine he’ll do it.

Last Tuesday, a reporter cornered the president’s harshest Senate critic in a hallway and posed the following: “There are stories that the President is thinking about firing Mueller. Do you think that’s appropriate?”

The tired-looking Corker replied: “I can't imagine there’s any truth or veracity to the president thinking that he would consider firing Mueller. ... Hopefully the question being asked is a question about something that cannot possibly be reality.”

Yet, all last week the President reportedly “seethed” in his third-floor private residence as he watched cable television reports of Special Counsel Robert Mueller’s first indictments. Firing Mueller, the AP reported, is “a possibility that has weighed on him in recent weeks.”

Indeed, as far back as July, Trump mused about firing Mueller. In a New York Times interview, Trump was asked if he would fire the special counsel if he started looking at subjects unrelated to the Russia probe, such as his finances.

But suppose the president decided to ignore the advice of Ty Cobb, the White House lawyer in charge of the Russia probe, and John Kelly, his chief of staff, and decided to fire Mueller?

Just for fun, let’s see how a Trump move to fire Mueller could play out.

His first call would be to Attorney General Jeff Sessions. “Sorry, Mr.President,” Session might begin. “No can do. I recused myself from this investigation, remember? Surely you recall saying you never would have hired me as attorney general if you had known I would recuse myself. Why don’t you try Rod Rosenstein, the deputy attorney general? He’s the one in charge of Mueller. Hold on while I find his number.”

“Mr. President, as I explained in Senate testimony in June, ‘I am not going to follow any orders unless I believe those are lawful and appropriate orders.’ The special counsel can only be fired for good cause. With all due respect sir, you’ve put nothing in writing that proves good cause exists to dismiss the special counsel.

“Moreover, as I’m sure your lawyer can tell you, I have been interviewed as part of the investigation into the firing of former FBI Director James Comey. So I feel like I need to decline your order. I’m sure you understand.”

At this point, the call likely ends in one of two ways: either Rosenstein is fired or he quits.

“Mr. President, as I’m sure you know, I can only fire Bob Mueller for ‘misconduct, dereliction of duty, incapacity, conflict of interest, or for other good cause, including violation of Departmental policies.’ And the law also says that the Special Counsel must be informed ‘in writing of the specific reason for his or her removal.’

‘Sir, if I may speak freely, why don’t you have your lawyers draw something up, and I’ll take a look at it?”

At this point, Brand would probably be fishing in her purse for her office keys to hand to Justice Department security on her way out.

Trump, increasingly anxious because he might miss the opening of Sean Hannity, would then reach out to Solicitor General Noel Francisco, a former Justice Antonin Scalia clerk and University of Chicago Law School graduate.

“Well, you see Mr. President, I’ve got a problem here,” Francisco might say. “Before you brought me into the Solicitor General’s office, (thanks for that, by the way), I worked for Jones Day in D.C. where I was a partner with . And sir, you know how hard it is to unwind all these partnership things – I have money tied-up in the firm. And your 2020 campaign paid Jones Day $800,000 in the third quarter alone. I need to call the department’s ethics director, Cynthia Shaw. Can I get back to you in a few days? Oh also, do you have anything in writing why there’s good cause to fire him?”

So the president’s next call is to Dana Boente, U.S. Attorney for the Eastern District of Virginia. Boente has had a wild ride in the Trump administration. He was appointed to his current post by President Obama. But when Acting Attorney General Sally Yates was fired in February for refusing to defend the President’s travel ban, Boente was named to replace her. He served as Acting Attorney General for ten days before Jeff Sessions was sworn in.

Boente then served as Acting Deputy Attorney General, the no. 2 post, for 75 days until Rod Rosenstein took over. Then Boente was one of 46 U.S. Attorneys in March who Sessions ordered to resign. Yet, Trump rejected his resignation. Now, Boente is serving as acting head of the Department’s National Security Division until Trump’s nominee is confirmed. A 33-year Department veteran, Boente is known for his mild manner and intense devotion to work.

“Dude, don’t you read the papers? I announced my resignation Friday before last. I’m sticking around until you guys name a successor. Anyway, permit me to remind you that I was the guy who worked with Jim Comey investigating former National Security Adviser Michael Flynn’s lobbying deals. I empaneled grand juries that subpoenaed his business records. Those grand juries are now being run by Mueller. And you want me to fire the guy?”

It is now 8:54 p.m. Only six minutes left before Hannity.

On to Robert “Bobby” Higdon, Jr., the Trump-appointed U.S. Attorney for the Eastern District of North Carolina. Higdon spent nearly 25 years as a federal prosecutor, working in both North Carolina’s Eastern and Western districts. Yet, his record is hardly unblemished. He led the campaign finance fraud prosecution of former North Carolina Sen. and presidential candidate John Edwards, which resulted in an acquittal on one charge and the dismissal of the remaining five after a hung jury. (Full disclosure: I worked as Edwards’ Senate legislative director.)

In 2013, Higdon was removed as head of the Eastern District’s criminal division after two federal appellate judges delivered a blistering critique of the section, saying that it had frequently withheld evidence and failed to correct false trial testimony.

People behave unpredictably in unprecedented circumstances. It’s entirely possible Higdon may prove no more malleable than the other recipients of the president’s calls. As Trump himself likes to say: Stay tuned.