Private: When the Prosecutor Becomes the Judge 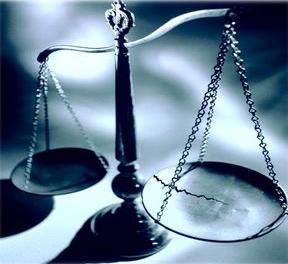 by Bruce A. Green, Louis Stein Chair, Fordham Law School; director of the Louis Stein Center for Law and Ethics

Whatever the merits of his statement that a judge does no more than “call balls and strikes,” Chief Justice John Roberts' famous confirmation-hearing declaration spoke to a fundamental truth about the need for impartiality in our justice system. And just as no baseball player, or fan of America’s national pastime, would consider it fair for the opposing manager to come off the bench in the middle of the game to become the home-plate umpire, no criminal defendant, or member of the public, would believe that the man who initiated and managed a prosecution could later be a fair judge in the very same case.

Fairness and impartiality are longstanding, bedrock principles of our courts. A judge who is prejudiced or biased cannot fulfill his or her responsibilities, or the expectations of the public, without violating these principles. Even the appearance that the judge is biased erodes the public’s confidence that court proceedings are fair.

On Monday, the U.S. Supreme Court will hear arguments about judicial bias in Williams v. Pennsylvania. The question is whether the chief prosecutor in a death penalty case may later serve in the same case as the chief judge of the court responsible for deciding an appeal in the case and, in the process, reviewing the conduct of the lawyers whom he previously supervised.

In this case, while serving as the elected Philadelphia District Attorney, Ronald Castille authorized his office to seek the death penalty against Terrance Williams and oversaw the assistant prosecutor who tried the case. Following his conviction, Mr. Williams argued that the trial had been tainted by the prosecutor’s serious misconduct. A lower court judge, herself a former a prosecutor, agreed. She found that the Philadelphia District Attorney’s Office hid evidence that would have been crucial to the jurors’ life or death decision. (In a nutshell, the hidden evidence was that the murder victim had sexually abused Mr. Williams as a minor.)

By the time the case arrived at the Pennsylvania Supreme Court, Ronald Castille had left the prosecutors’ office to become the state’s Chief Justice. The state’s high court, over which he now presided, was asked to review the fairness of the very death penalty prosecution that he had authorized and overseen. In particular, the Court was asked to decide whether, as the lower court judge found, District Attorney Castille’s assistant had engaged in serious prosecutorial wrongdoing on his watch.

Chief Justice Castille not only judged the case of Mr. Williams, a man for whom he had personally sought the death sentence, but he also passed judgment on the ethical conduct of a prosecutor who had been acting under his leadership. This was an obvious violation of state codes of judicial conduct, including that of his own state, which require judges to perform their duties impartially, without bias and prejudice, and to disqualify themselves when their “impartiality might reasonably be questioned.” In particular, judicial ethics codes say that judges may not preside over a case when, as here, they were previously a lawyer in the case or were associated with the lawyers in the case, or when they have personal knowledge of the facts of the case from a source outside the court proceedings.

Even more seriously, Chief Justice Castille’s role as a judge in a death penalty case his office prosecuted violated any reasonable notion of constitutionally fair process.

Judges are entrusted with enormous power. Their role is critical to our justice system and the rule of law. They must encourage rather than undermine the public’s faith in the courts. In this instance, Chief Justice Castille failed on all counts. As I and 19 other legal experts have urged in a friend-of-the-court brief, the U.S. Supreme Court should send a clear message of disapproval and order that Mr. Williams receive the fair and impartial hearing in the state high court that he deserves. Chief Justice Castille should not be allowed to call the third and final strike.