What the Law of Military Obedience Can (and Can’t) Do—What Happens if a President’s Orders are Unlawful? 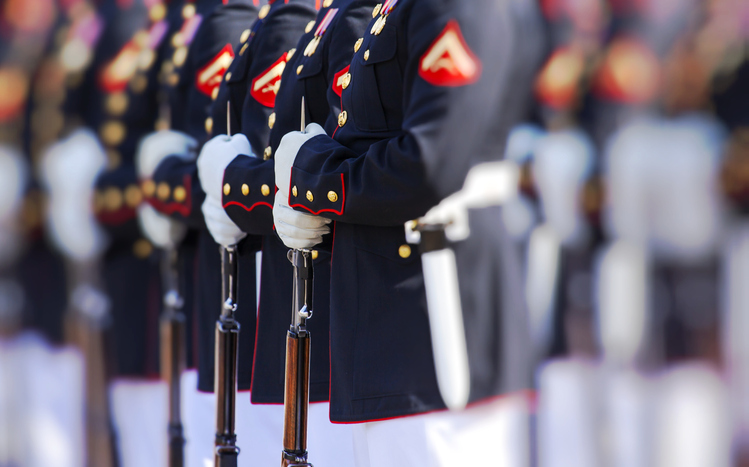 *This piece was cross-published at Just Security.

A proposal to bring back waterboarding and a “hell of a lot worse.”  The possible suggestion that members of the military should intentionally target terrorists’ civilian family members. A threat to rain “fire and fury” on North Korea. With comments like these, President Trump has turned the responsibility of members of the military to obey superior orders – long an object of study for scholars of military law – into the subject of popular headlines and editorials. What happens, commentators have asked, “if President Trump orders Secretary of Defense Mattis to do something deeply unwise?” Would the military actually carry out such orders?

Much has been written, of course, on these important questions, which almost inevitably arise in extremely difficult situations. In order to provide those interested with the basics of what the law requires in such situations, I recently wrote an American Constitution Society Issue Brief entitled What the Military Law of Obedience Does (and Doesn’t) Do. This body of law, which has roots that date back to antiquity, makes clear that members of the military have a dual obligation to both obey “lawful” orders and disobey “manifestly” or “patently” illegal ones. As I argue in the Issue Brief, this means, in practice, that service members must refuse to transgress clear and well-known legal rules, but that commentators should not expect military disobedience to save the Nation from simply unwise or legally contested orders.

To understand why this is the case, it is important to recognize that the law of obedience sits at the intersection of two fundamental interests – the need for good order and discipline in the military, which requires service members to obey superior orders; and the supremacy of the law, which requires service members to be responsible for their illegal acts.  Because these interests can conflict – a superior can issue an unlawful order – the law must mediate between them.

To that end, it is clear that neither extreme can work. On the one hand, the Nuremberg Tribunals and a large body of military jurisprudence rejects the notion that members of the military should be insulated from liability for following orders.  On the other hand, there is broad recognition that holding subordinates liable for all infractions, whether they were conducted pursuant to superior orders or not, would threaten good order and discipline by encouraging legal debate at every stage of the chain of command.

So how does the law of obedience resolve this tension? In short, by narrowing the set of orders members of the military are required to disobey to those that are “manifestly” or “patently” illegal. Scholars of military law are clear that such orders are not difficult to discern; as one military justice scholar put it, manifestly illegal orders are precisely those orders that do not prompt a service member to “reason why” the order is unlawful. Rather, they are orders that any soldier would immediately recognize as problematic.

Which brings us back to President Trump’s comments. Then-candidate Trump’s comments about waterboarding or the targeting of civilians prompted immediate and strong criticism from numerous former Government officials – most prominently, former Director of the Central Intelligence Agency Michael Hayden, but also many former senior Government lawyers – who all made clear that they would expect the military to disobey such orders.  Indeed, the intentional targeting of civilians (who are not participating directly in hostilities) is the paradigmatic example of an illegal order and recent changes to the law have also made clear that waterboarding is prohibited. It thus seems likely that service members would refuse to carry out such orders.

President Trump’s comments about North Korea, however, are a different story. The vast majority, if not all, of the members of the military are in no position to exercise any degree of control over the jus ad bellum question of whether the United States goes to war, and the law therefore does not generally hold these members liable for such a decision. It is thus unclear whether such service members would even have an obligation to disobey manifestly illegal orders to use force, as they would face no punishment if they carried them out.

But even if they did have such an obligation, there are few questions of constitutional law more contested than the circumstances in which the President can use force without prior congressional authorization. Similarly, international law does not precisely define the circumstances in which a State may use force in the territory of another State.  Thus, although one could, of course, imagine a manifestly illegal order to use force, it seems likely that such an order would present a question of contested legality that does not trigger an obligation to disobey.

It is important to note here that the obligation of members of the military to follow superior orders is distinct from the responsibilities of individuals, including lawyers, who advise decision-makers, such as the President, the Secretary of Defense, and other military officers, in the first instance. Those individuals should argue for the legal and policy positions they think are right. And, as Department of Defense doctrine contemplates, individuals in the chain of command may ask legal questions through appropriate channels or seek clarification of questionable orders.

But once an individual with appropriate authority has made a decision and any questions have been clarified, the strong presumption is that subordinates will carry out that order. This may seem unsatisfying, particularly given the rise in Presidential war-making since World War II. But it is the way it should be. Expanding the circumstances in which members of the military could disobey superior orders would not only threaten good order and discipline, but it would also reduce the incentives for senior leadership to pay careful attention to the legality of their actions and potentially have a deleterious impact on civil-military relations. An elected president, Senate-confirmed military leadership, and strict adherence to the chain-of-command are the foundation of civilian control of the military, and being too quick to refuse orders from the President or the Secretary of Defense threatens this bedrock tenant of American democracy. For, in the end, it is not individual members of the armed forces who bear the primary responsibility for stopping unwise military actions. Rather, it is the responsibility of other actors in our political system – Congress, through the exercise of its war powers; civil society; and, ultimately, all of us working to make our political vision a reality.

Christopher Fonzone is a partner in Sidley Austin’s Privacy and Cybersecurity group. Before joining Sidley, Christopher was Deputy Assistant and Deputy Counsel to President Obama and the Legal Adviser to the National Security Council.  Before his time in the White House, he was Senior Counsel to the General Counsel at the Department of Defense and also served in the Department of Justice, both in the Office of Legal Counsel and on the Civil Division’s Appellate Staff. The views expressed in this article are exclusively those of the author and do not necessarily reflect those of Sidley Austin LLP and its partners.This article has been prepared for informational purposes only and does not constitute legal advice. This information is not intended to create, and receipt of it does not constitute, a lawyer-client relationship. Readers should not act upon this without seeking advice from professional advisers.