We Need a National Debate on a Federal Tax on Wealth 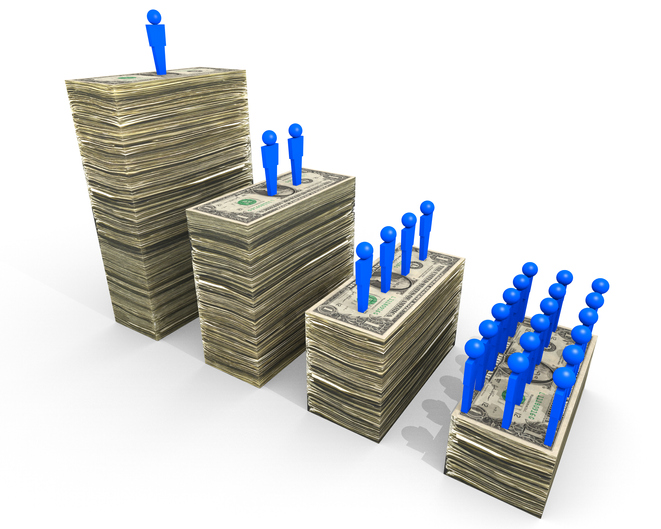 This article was originally published in April 2017.

America’s increasing economic inequality threatens our liberal democracy. Economic inequality translates into political inequality and corrodes our democratic institutions and the viability of our Constitution. Ganesh Sitaraman describes these threats in his excellent new book, The Crisis of the Middle Class Constitution: Why Economic Inequality Threatens Our Republic. We need urgently to find innovative tools to counter the erosion of our foundational, shared belief in opportunity and fairness, the American Dream.

It is time to begin a serious national debate about the wisdom and constitutionality of a federal tax on wealth – an annual tax of a small percentage of an individual taxpayer’s net worth in excess of some large minimum. Just for example:  a 1 percent annual tax on wealth in excess of 10 million dollars, which would affect less than 1 percent of Americans. We leave the details to those skilled in economic and tax policy. Nor do we have in mind the short-term political viability of such a tax in the current Congress – though we will note that in 1999 Donald Trump suggested a one-time 14.25 percent tax on net worth in excess of 10 million dollars.

What we wish to do now is to spark the debate by arguing against the common (and in our view, unwarranted) assumption that a U.S. tax on wealth would be unconstitutional.

The Constitution grants Congress broad power to “lay and collect Taxes,” which clearly includes the authority to tax wealth. No problem there. A serious question is raised by a second requirement for how certain taxes must be apportioned: “No Capitation, or other direct, Tax shall be laid, unless in Proportion to the Census or Enumeration herein before directed to be taken.”

Translating 18th century language, this means Congress must apportion any capitation (per person, without regard to income or wealth) or other direct tax among the states relative to their population. This makes sense for a per capita “head” or “poll” tax, but it clearly would be unworkable, indeed nonsensical, for a tax on wealth. Some states have far more wealthy individuals and wealth per capita than others. Compare Connecticut and Mississippi, or California and Montana.

The requirement that "direct" taxes be apportioned was an expedient to foster compromise between northern and southern states at the constitutional convention, rather than any thoughtful or principled decision to limit the federal government’s authority to tax wealth. James Madison recounted in his notes of the debate of Aug. 20, 1787: "Mr [Rufus] King asked what was the precise meaning of direct taxation? No one answd." The Constitution’s other reference to direct taxes occurs in the infamous “Three-Fifths” compromise clause, which (prior to its abrogation by the Fourteenth Amendment) directed how persons who were enslaved were to be counted for purposes of calculating “Representatives and direct Taxes.”

Constitutional text of course may not be ignored simply because it was based on compromise rather than thoughtful policy, even compromise deeply infected by the evils of slavery. So what, if anything, beyond a per capita “head” tax is a “direct” tax?

The Supreme Court addressed this question early, in a 1796 decision upholding an unapportioned federal tax on carriages. The unanimous Court in Hylton v. United States agreed on the principle that “direct” should be narrowly and sensibly construed to apply only where apportionment would work in practice for that type of tax. The Court identified two categories of “direct” taxes: “capitation” taxes (those imposed equally on every individual, at a uniform, fixed rate without regard to circumstance) and taxes on land.

Writing individually, as was customary at the time, Justice Chase emphasized that because “[t[he great object of the Constitution was, to give Congress a power to lay taxes, adequate to the exigencies of government,” this limitation on that power “is only to be adopted in such cases where it can reasonably apply.” Justice Paterson explained that the apportionment limit on a per acre land tax was intended to help the Southern states, which “had extensive tracts of territory, thinly settled, and not very productive.” He observed that the apportionment requirement itself “was the work of compromise” and “cannot be supported by any solid reasoning” and “therefore, ought not to be extended by construction.” These Justices’ contemporaneous understanding was consistently applied for more than a century, most notably in 1881 in Springer v. United States to uphold a tax on income, where the Court wrote “direct taxes, within the meaning of the Constitution, are only capitation taxes, as expressed in that instrument, and taxes on real estate.”

In 1895 the Court took a wrong turn in its deeply flawed decision in Pollock v. Farmers’ Loan & Trust Company striking down a federal income tax as an unapportioned “direct” tax. Decided at the dawn of the now-discredited era of extreme activism that struck down minimum wage, maximum hour and child labor laws, Pollock expanded the definition of “direct” taxes beyond capitation and land taxes to encompass taxes on real and personal property and even income from real or personal property. Four Justices, including John Marshall Harlan, vigorously dissented.

Pollock was and is widely recognized as wrongly decided. The ratification in 1913 of the Sixteenth Amendment abrogated Pollock’s holding that a tax on income derived from real or personal property was a "direct" tax and explicitly granted Congress the power to tax income without apportionment – which Congress did, as we are reminded every April 15. But the Amendment did not expressly reject Pollock’s rationale under which a wealth tax almost certainly would be considered a “direct” tax that the apportionment requirement would effectively preclude. That the Sixteenth Amendment did not expressly address this rationale one way or the other is not surprising, given the nature of constitutional text.

The Court has not reexamined Pollock’s reasoning and departure from Hylton and its progeny in a way that squarely addresses a wealth tax. Instead, the Court generally has distinguished Pollock and upheld many federal taxes without addressing the issues that a wealth tax squarely would present. One important exception is Eisner v. Macomber, which struck down a tax on stock dividends, also decided in the “Lochner Court” era when an inappropriately activist Court struck down a range of progressive state and federal social and economic legislation. Four Justices, including Holmes and Brandeis, strongly dissented.

Once we set aside the errors that Pollock set in motion, a wealth tax does not seem to us to be a “direct” tax, either as a functional or a categorical matter, the two criteria the Court set forth in Hylton. Under Hylton’s functional principle (which we think reflects the correct understanding of “direct” tax), because “the rule of apportionment” cannot “reasonably apply” to a wealth tax, it would not be a “direct” tax. Apportionment of a tax on net worth among the states according to population, like the Court said of an apportionment of a tax on carriages, “would evidently create great inequality and injustice.”

On its face, Hylton’s recognition of land taxes as “direct” taxes that must be apportioned might seem a difficulty, given that a general wealth tax must include real property as an element in the calculation of net worth. But we think that a tax on wealth would be a categorically different because it would not be based on the value of real property viewed in the abstract. This is illustrated by the many Americans with almost all of their savings in heavily mortgaged homes on which they pay real estate taxes – some even with negative net worth thanks to “under water” mortgages that exceed the home’s value.

Ultimately, we see no sound constitutional justification for interpreting “Capitation, or other direct, Tax” to deny the federal government the authority to tax wealth. Hylton was correct in its central premise: the apportionment requirement was intended by the Founders, and is properly read now, to limit only narrowly the broad taxing power that actually was a principal motivation for adopting the Constitution to replace the Articles of Confederation. Pollock was rooted in discredited Lochner-era restrictions on the government’s power to affect private property interests. The remnants of Pollock that may have survived the Sixteenth Amendment and that the Court has not yet formally rejected should not stand in the way of the federal government’s ability to address the pressing national problem of economic inequality.

Just as the New Deal Court rejected the Lochner-era freedom of contract and Commerce Clause decisions – just as the Darby Court in 1941 repudiated Hammer’s invalidation of federal protections against child labor – so should our generation restore the original and nineteenth century view of “direct” tax and reject misguided limitations on congressional power. We welcome the constitutional debate that the proposal would engender, just as FDR welcomed and ultimately prevailed in the constitutional debate over the New Deal.