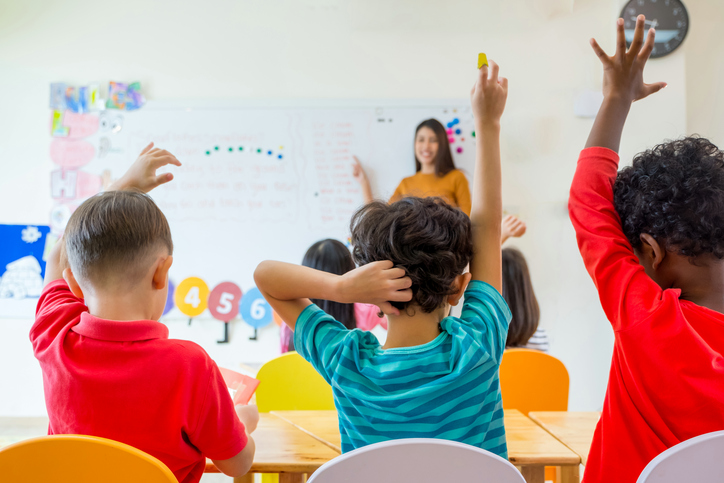 Latino and Black students and their families and local community groups reached a settlement with the Kern High School District (KHSD) about their disproportionate discipline and transfer policies. However, the plaintiffs are appealing the dismissal of the California Department of Education from the lawsuit, arguing that the CDE failed in its independent oversight responsibilities by not acting to remedy the disproportionate discipline.

The CDE wants to evade its responsibility to provide a high-quality education to these students by asserting that it had no intention to discriminate and no oversight responsibility for this disproportionate discipline. This fig leaf is justified by outmoded Supreme Court law first articulated in the case Washington v. Davis that only intentional bias motivated by racial animus can be considered an equal protection violation. Social scientists and neuroscientists have shown that implicit bias, racial anxiety, and stereotypes are more likely to influence judgment and decision-making when there is discretion.

In October 2017, the plaintiffs filed their opening brief in an appeal against the California Department of Education, which was dismissed as a defendant by the trial court, arguing that the Department must fulfill its independent constitutional and statutory responsibility to ensure that California schools do not discriminate against children of color.

This week, Bakersfield attorney Christie Norris and Berkeley Law dean Erwin Chemerinsky filed an amicus brief in the appeal on behalf of 20 social scientists, academics, and advocates arguing that the California Department of Education should be held accountable for their failure to act.

The state and other entities “allowed the existence of an environment in which implicit bias and staff discretion combined to produce harsher disciplinary outcomes for students of color across the district in violation of their rights,” stated the brief, citing evidence of racial disparities in student discipline and inadequate institutional response. “Disparate impact as a way of proving discrimination is essential because of the evidentiary problems inherent in requiring proof of an expressed purpose to discriminate.”

Erwin Chemerinsky, Dean of Berkeley Law: “Challenging the outdated intent standard articulated in Washington v. Davis is essential if courts are to remain the protectors of rights in our society. Social science has proven that much discrimination is the result of unexamined stereotypes and unacknowledged bias. Having to prove that discrimination is the result of racial animus or is intentional will allow much discrimination to evade judicial scrutiny. That is why I co-authored this amicus brief.”

Dr. Victoria C. Plaut, Professor of Law and Social Science at UC Berkeley: "Social science research over the last several decades has recognized the impact that implicit bias, stereotyping, and racial anxiety can have on children of color in discretionary discipline settings."

Caroline Fredrickson, President of American Constitution Society for Law & Policy: “The amicus brief is a valuable contribution to expanding efforts to reclaim our 14th Amendment protections. It’s clear that the ‘intent standard’ is outdated and the brief illustrates that point with examples of implicit bias and other mind science concepts. Litigators, judges, law professors, and academics will find the brief useful and worth citing.”

Public schools continue to be plagued by disparities in how students are disciplined by teachers and administrators. These problems are often caused by implicit biases that are unconscious yet no less offensive to Equal Protection norms than explicit or intentional forms of discrimination.

Building on established social science research, the amicus brief summarizes empirical findings on administrative discretion and implicit bias to demonstrate that the racial disparities in school discipline in Kern County violate the Constitutional rights of students of color.

The amicus brief cites scientific research highlighting the extent to which such unintentional disparate outcomes harm children, thus limiting their educational opportunities, in violation of the Equal Protection Clause. The California Department of Education’s failure to properly oversee and remedy this situation should give rise to a judicial intervention.

The 2017 settlement with the Kern High School District (KHSD) Board of Trustees was the result of a three-year court battle to stop years of discriminatory discipline practices that deprived African American and Latino students of their right to an education.

The settlement, the first of its kind in California, included an immediate change to discipline practices and an acknowledgment by the school district that students of color face higher rates of discipline than white students. KHSD agreed to implement major policy changes to reduce the disproportionate suspensions, expulsions and involuntary school transfers of African American and Latino students.

About the Discriminatory School Discipline Practices

The Kern High School District, located in California’s Central Valley, has a student population that is 62 percent Latino and 6.3 percent African American. Over the last five years, discriminatory school assignment policies have made it far more likely for Latino and African American students to be suspended, expelled, and assigned to alternative schools operated by the Kern High School District or Kern County Office of Education.

At the time of the lawsuit, the enrollment of African Americans and Latinos in these alternative schools was much higher than their enrollment in the general school population. These students of color are receiving unequal and inadequate education, and the CDE had the power and responsibility to intervene, but did nothing.