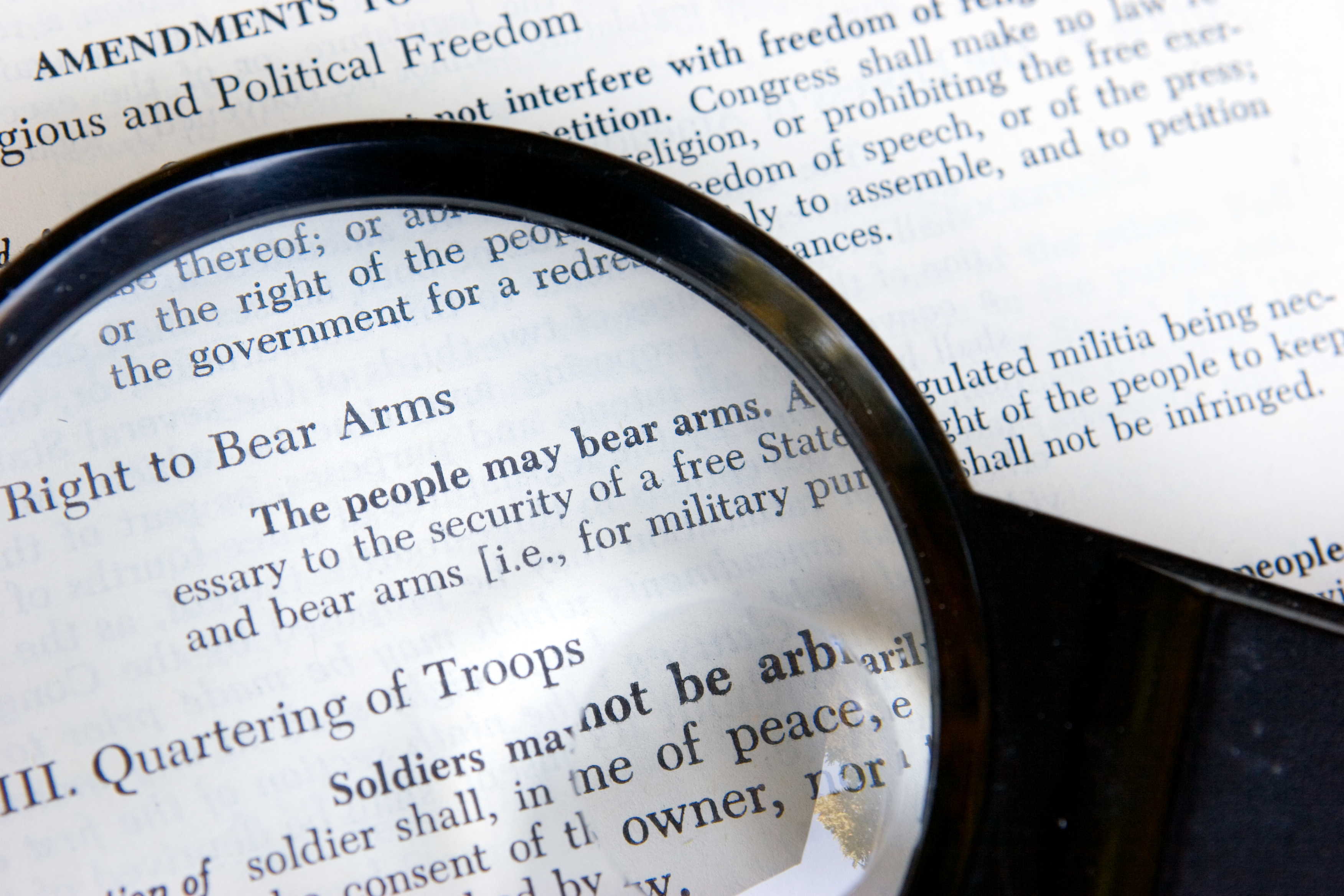 (This post originally appears on Second Thoughts: A Blog from the Center for Firearms Law at Duke University)

The closure of “non-essential” businesses in response to the spread of Covid-19 raises a host of difficult legal questions. Among those questions, of course, are some involving the right to keep and bear arms. Put simply: Does the Second Amendment permit gun stores to be temporarily closed?

Some advocates and commentators have suggested that this is an easy question with a straightforward answer—temporarily closing gun stores is a per se unconstitutional infringement of the right to keep and bear arms, tantamount to a “suspension” of the Second Amendment (or perhaps a “ban”). But that kind of categorical conclusion belies the genuinely complex and interesting constitutional questions that such closures raise. Consider at least three.

Part of the opposition to gun store closures seems to be rooted in a sense that gun stores are being unfairly targeted—a view consistent with the broader assertion that the Second Amendment is being treated as a “second-class right.”

Without more, it is hard to see how this argument gets very far. The response to the Covid-19 pandemic—a challenge unlike anything the nation has faced in at least a century—has led to the closure of many businesses and institutions important and even necessary to the exercise of constitutional rights. If anything, gun stores seem to be receiving special solicitude, as in the recent Department of Homeland Security (DHS) memo suggesting (albeit in purely advisory fashion) that “essential” workers should include those “supporting the operation of firearm or ammunition product manufacturers, retailers, importers, distributors, and shooting ranges.”

Whatever the policy reasons for this decision, the constitution does not seem to require it, any more than it requires carve-outs for other institutions whose closure impacts the exercise of constitutional rights. Members of congregational religions cannot engage in free exercise. Public school students cannot receive the free educations guaranteed to them by the vast majority of state constitutions. Closing bookstores obviously impacts the freedom of speech, prohibitions on public gatherings essentially forbids peaceable assemblies … the list goes on.

The fact that those rights are temporarily burdened is cause for concern, and civil libertarians are not wrong to keep a close watch on powers the government claims in a time of crisis. But those burdens are not categorically unconstitutional, and it is hard to see why gun stores should be entitled to some kind of special exemption above and beyond those claimed by houses of worship, schools, bookstores, and the like.

To be sure, some gun rights advocates have argued that in fact the Second Amendment is first among equals—“America’s First Freedom”—and so should receive protection above and beyond that of other rights. (Indeed, in some cases this seems to be the actual thrust of the “second-class right” argument.) But unless and until that proposition gains acceptance, courts’ response should probably be the doctrinal equivalent of, “Don’t make this about you.”

That of course does not mean that the government should or must close gun stores—only that the question is one of policy and politics and is not dictated by the constitution.

The fact that gun store closures are not uniquely problematic or per se unconstitutional does not mean that they’re categorically constitutional, either. As with the closure of other constitutionally-relevant institutions mentioned above—houses of worship, schools, bookstores, and the like—there are colorable constitutional questions about the scope of the government’s authority in these extraordinary circumstances. Getting traction on those questions means getting some clarity on some basic elements in the calculus. Assuming that the doctrinal analysis will involve (whether explicitly or not) some kind of scrutiny, that means—at the very least—being precise about the constitutional interests at issue and the governmental interests being asserted.

As to the former, some arguments against gun store closures have misapprehended the private rights at stake. Suspending retail gun sales is not a direct prohibition on self-defense, as some have suggested, nor even a prohibition on armed self-defense. Anyone who possesses one of the roughly 400 million guns in circulation in the United States can still use it for self-defense (subject to the still-applicable legal rules) whether or not gun stores are open. Likewise, closing gun stores does not amount to a prohibition on gun possession. If you have a gun, you can keep it. Nor do these orders affect the right to carry a gun for protection consistent with existing state law.

The burden, of course, falls on those who don’t have guns or—and this matters, too—don’t have the guns that they’d like to have for the constitutionally guaranteed purpose of armed self-defense, which Heller tells us is at its apex in the home. For these people, closing gun stores is undoubtedly a significant burden. Some might seek to purchase from a non-licensed dealer—i.e., from a source other than a store. For obvious reasons, it is hard to know how many guns are sold every year by non-licensed dealers, but even conservative estimates put it at an appreciable percentage (i.e., many millions) of guns.

Even that avenue might not be legally available in some states, though. If a state requires background checks for all sales—rather than just those from licensed dealers, which is the federal rule—then rules shutting down the state background check system (or, for that matter, licensing system) amount to a total (albeit temporary) prohibition on legal purchase.

As noted above, that’s not necessarily any different from the burdens being imposed on other constitutional rights, from free exercise of religion to freedom of speech. But that doesn’t mean it’s not a burden. One factor in assessing that burden is the length of time—and that, of course, is one of the many, many unknowns. A temporary, short-term prohibition on purchase is, after all, simply a waiting period. Courts have upheld waiting periods, licensing requirements, background checks, training requirements, and other delays, and there’s no reason to think that they’re categorically unconstitutional. In short, a temporary suspension of the ability to buy a gun from a licensed dealer does not necessarily amount to a prohibition on the right to keep and bear arms. But the broader and deeper that the suspension lasts, the more significant the burden becomes.

A separate question here is whether the gun stores themselves might assert a Second Amendment right to sell guns. Heller noted that the Second Amendment is consistent with “laws imposing conditions and qualifications on  the  commercial  sale  of  arms,” but there has been some important litigation on the question. Perhaps the most prominent case is the Ninth Circuit’s decision in Teixeira v. County of Alameda. The court there concluded, inter alia, that the Amendment “does not confer a freestanding right on commercial proprietors to sell firearms.”

Finally, it is important to be clear on what governmental interests are being asserted—that is, what the government is seeking to accomplish by shutting down gun stores. I can think of at least two possible reasons.

The most obvious is that gun stores, like all businesses, are potential sites for transmission of Covid-19. Shutting them down temporarily is, like shutting down bookstores or clothing stores or any other retail establishment, part and parcel of the larger effort to slow the virus’ spread. The broader the orders, the easier it is to see this rationale at work—it is not as if gun stores are being singled out, after all.

That said, it is also worth noting which establishments are being labeled “essential” and allowed to stay open—liquor stores have often been singled out in this regard. If disease-prevention is the reason for the closures, then the argument becomes stronger that whatever works for those businesses (online payments, curbside transfers of merchandise, etc.) might be made to work for gun stores as well. At the very least, as Josh Blackman suggested here, it is worth asking whether gun stores might be able to sell guns in a sufficiently safe (vis-à-vis the virus) manner, roughly akin to how restaurants and other businesses are doing.

But perhaps virus-transmission is not the only motivation behind the restrictions. After all, as gun rights advocates have strenuously argued in recent weeks, the unrest and fear brought on by the pandemic might change benefits and costs of gun ownership itself. For evidence of the asserted benefits, one need look only to statements touting the current moment as a reminder of what the Second Amendment is for, and to the market itself, which has seen a huge spike in sales of arms and ammunition in recent weeks. Many people seemingly feel that armed self-defense is more important now than ever before.

But, of course, the same factors that motivate some people to buy guns as a means of safety will lead others to be and feel less safe. How to accommodate these competing interests is a standard, and difficult, question for Second Amendment analysis. It is not hard to imagine the potentially heightened dangers of various kinds of gun misuse in the current situation: increased gun-related domestic violence, deaths by suicide, accidental shootings (especially of children, who are home from school with distracted or remotely working parents), “false positive” defensive gun uses, and the like.

If the “real” reason behind temporarily closing gun shops is to mitigate these kinds of gun-related risks and harms, then the store closures present standard Second Amendment questions (roughly akin to those in the zoning cases like Teixeira) and should be analyzed as such. In resolving those challenges, courts should presumably give due weight to historical practice during times of emergency and the private and public interests at stake.

In practice, it seems that advocates have little to fear in most places—most shutdown orders have exempted gun stores from closure, and the DHS order this weekend may well give them further support. (Even as I’m writing this, New Jersey has announced that gun stores will now be considered “essential” businesses.) That suggests that there’s no widespread political process failure here, and that the question of whether gun stores can or should be closed can continue to be worked out by the political branches without unnecessary reliance on courts and the Second Amendment.

The Narrowness of the Supreme Court’s Decision in NYSRPA