The Narrowness of the Supreme Court’s Decision in NYSRPA 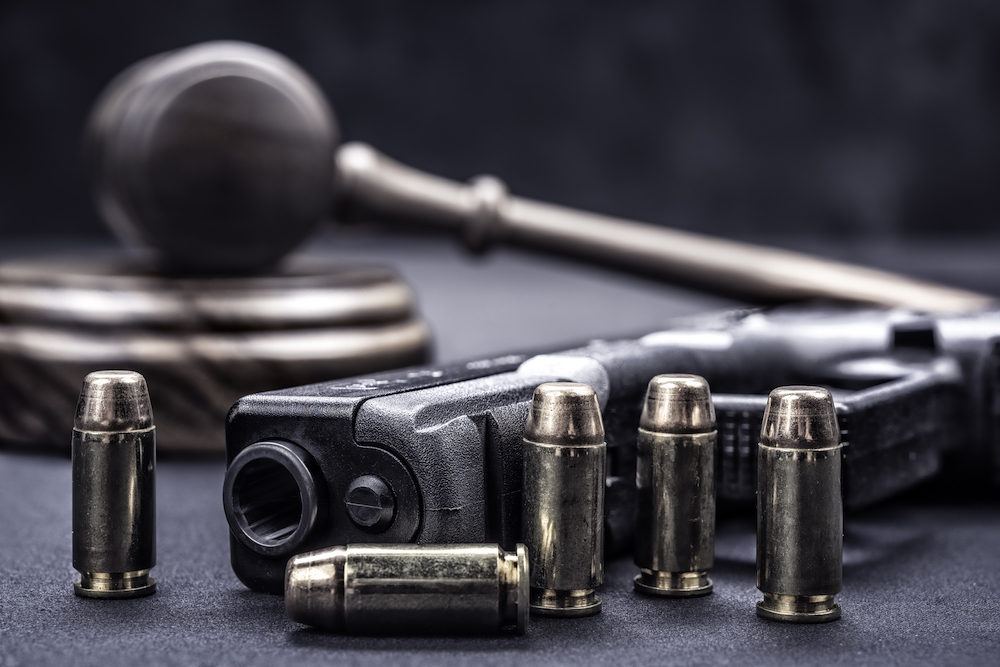 New York State Rifle & Pistol Association Inc. v. City of New York, the first Second Amendment case to receive a Supreme Court hearing in a decade, was supposed to be the Second Amendment decision of this generation.

In the briefing in that case (of which I participated as amicus on behalf of neither party) all the hopes and fears of ten years of waiting appear on full display. What methodological tools should courts use to decide a Second Amendment case? Should they use the two-part framework adopted by all the circuits, with historical/categorical reasoning in step one, and tailoring through strict or intermediate scrutiny in step two? Or should they abandon this framework as illegitimate “balancing” and apply something perhaps more originalist: a test focused solely on the text, history and tradition of the Second Amendment? Is the Second Amendment confined to the home – as some readings of District of Columbia v. Heller would suggest – or does the right extend to bearing firearms for personal protection outside of the home as well?

But the shoulders of NYSRPA were always too narrow to support the weight placed on them. First, the regulation was a strange outlier. New York City prohibited persons from transporting firearms locked and unloaded from a home in the city to most other places, including to another home in New York, or to firing ranges or pistol competitions outside city limits. It was the only regulation of its kind in the nation. Further, the major undecided issue after Heller – whether and to what extent a person can carry arms outside the home for self-defense – was governed by a different New York regulation, not at issue in NYSRPA.

Then came the procedural problems. While the case was pending in the Supreme Court, the city repealed the regulation. And for good measure, the State of New York preempted it. So any ruling on the merits would be on a regulation that no longer existed. Notwithstanding, the Court refused to dismiss the case as moot prior to oral argument. But the questions at oral argument signaled where the Court – and especially Chief Justice John Roberts’s – concerns lay, and they weren’t with the merits. Three quarters of oral argument focused on whether the Court should even decide the case; only one quarter addressed the substance.

So when the per curiam decision in NYSRPA came down Monday, holding the suit to be moot on appeal, few were surprised. Justice Brett Kavanaugh concurred in the mootness ruling but signaled (quite rightly) that there were several more vehicles for a Second Amendment case waiting in the cert pool. Justice Samuel Alito wrote an impassioned dissent, joined by Justice Neil Gorsuch, and Justice Clarence Thomas (in part). Alito disputed the majority’s reasoning on mootness, castigated the city and state for their actions, and took a swipe at five Democratic senators’ amicus brief for warning the Court away from ruling on the merits.

Given all the fireworks on mootness, you’d think the merits portion of Alito’s dissent would have been equally feisty. After all, gun rights advocates had leveraged then-Judge Kavanaugh’s opinion in the D.C. Circuit case District of Columbia v. Heller (Heller II) to push a text, history, and tradition-only approach to gun litigation, and Kavanaugh’s opinion in Heller II was a dissent. To be honest, I fully expected the NYSRPA dissent to be equally combative and to serve as grist for hundreds of legal briefs by movement conservatives and judicial opinions by Federalist Society-endorsed judges. Instead, the merits portion was strangely muted.

First, Alito’s dissent doesn’t reject tiers of scrutiny as part of the conventional two-step process. In fact, it uses some form of it as an alternative justification to hold New York City’s regulation unconstitutional. (Justice Thomas notably did not join this portion of the decision.) Second, and more significantly, the great prize of NYSRPA for gun rights advocates – a broad statement on the constitutionality of public carry – is nowhere to be found in the dissent.

We deal here with [a]  . . . core Second Amendment right, the right to keep a handgun in the home for self-defense. As the Second Circuit “assume[d],” a necessary concomitant of this right is the right to take a gun outside the home for certain purposes.

It is true that a lawful gun owner can sometimes practice at a range using a gun that is owned by and rented at the range. But the same model gun that the person owns may not be available at a range, and in any event each individual gun may have its own characteristics. . . . . Once it is recognized that the right at issue is a concomitant of the same right recognized in Heller, it became incumbent on the City to justify the restrictions its rule imposes, but the City has not done so. (Second alteration in original.)

At best, what the dissent does here is articulate a theory of incidental rights appurtenant to keeping arms, including some kind of transport. The NYSRPA dissent treats this litigation as a right to keep case, not a right to bear case.

In doing so, Justice Alito’s dissent echoed the initial position of one of the earliest academic champions of gun rights in America, the late Don Kates, who wrote in the Michigan Law Review:

Largely as a result of gun-owner organizations’ own legislative proposals, the laws of every state but Vermont prohibit at least the carrying of a concealed handgun off one’s own premises. A common proposal, already the law in many jurisdictions, is to prohibit even the open carrying of handguns (or all firearms), with limited exceptions for target shooting and the like, without a permit. . . . .

Kates wrote those words in 1983 (and slightly modified them shortly thereafter). Since that time things have changed dramatically. Today, every state in the United States permits some type of public carry. Some states allow individuals to carry firearms with no license and no training whatsoever.

The Court has distributed several Second Amendment cases for this Friday’s conference. Very soon, the Court may decide the extent to which the Second Amendment protects a right to bear arms unrelated to a right to keep them. That in forty years the debate has gone from rights incidental to keeping, to rights to nationwide public carry, shows just how far the gun rights movement has broadened its ambitions, and how successfully it has moved the center of the conversation.