The Whistleblower vs. Trump's "Deep State": A Q&A with Jon Michaels 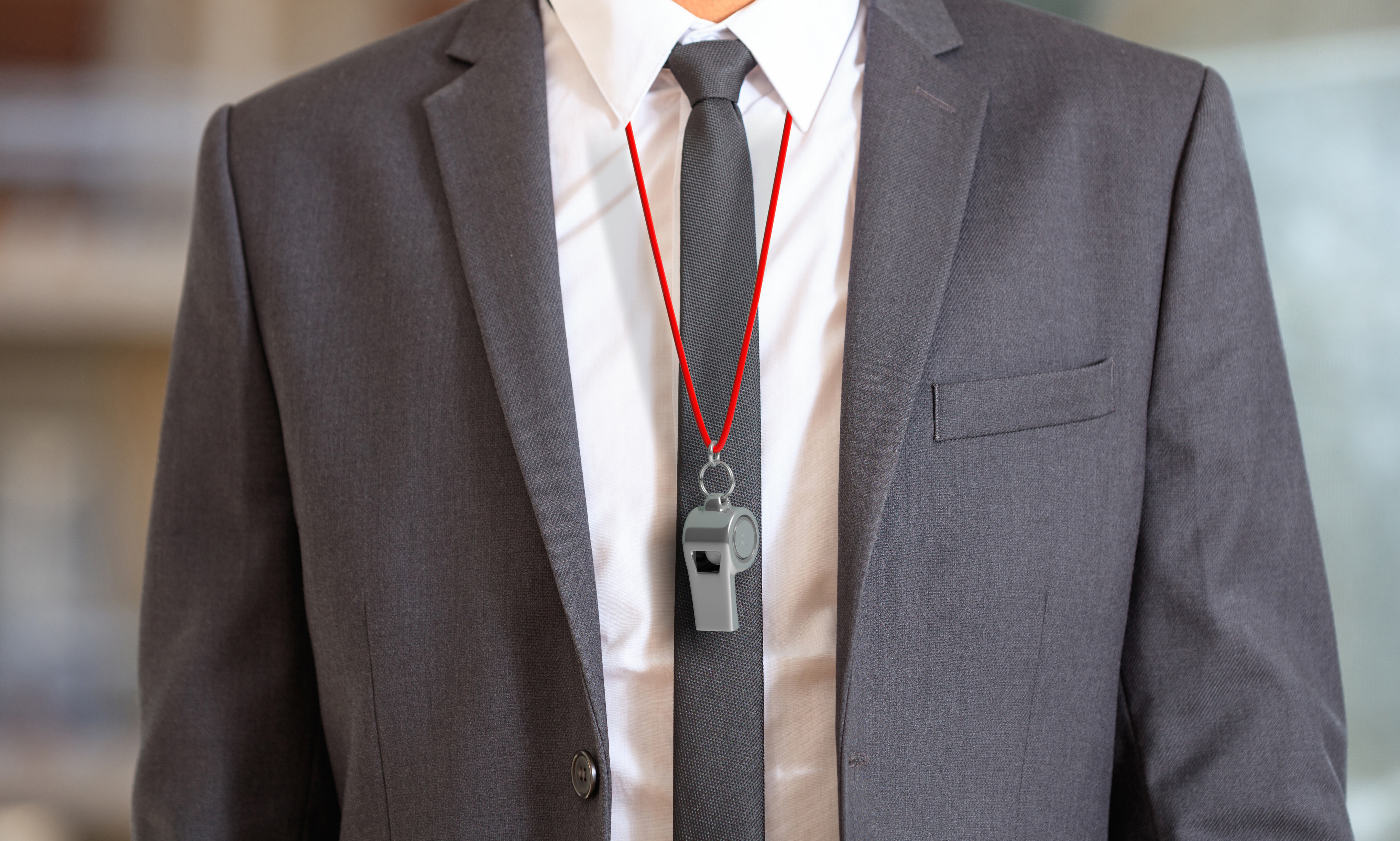 This interview with Professor Jon Michaels was conducted by Zachary Wolf and originally appeared on CNN.com.

President Donald Trump has long complained of a deep state of bureaucrats out to get him. He's argued that investigations into his unsettling activity are nothing more than witch hunts.

A top White House aide, Stephen Miller, on Sunday said that the whistleblower who raised concerns about Trump's pressure on Ukraine to investigate the Biden family was a "deep state operative."

Miller argued it's actually Trump who is the whistleblower because he has uncovered a government run amok and as a result his presidency has suffered from three years of "deep state sabotage."

Trump's entire presidency has been about taking a hammer to a layer of government we have built around ourselves. In his paranoid world view, he must do battle with a deep state. For much of the rest of the country, it is committed civil servants who help make society work.

So how will a whistleblower working through the bureaucracy affect Trump? We went to Jon Michaels, a law professor at UCLA and author of Constitutional Coup: Privatization's Threat to the American Republic, to ask about Trump's theory of a "deep state" and the health of the American bureaucracy under Trump.

The conversation below has been edited slightly. And it should be noted that Michaels is no fan of Trump and is a fan of federal workers, so he brings that perspective to his answers.

ZW: Early in the Trump administration you wrote a piece debunking the conspiracy theory that there's a "deep state" of entrenched bureaucrats bent on destroying Trump. What is your first reaction to a government worker utilizing a whistleblower law to raise the alarm about the President's behavior?

JM: My first reaction is this isn't the work of an insidious "deep state." It is, rather, the work of a functional, credible "state." This White House has done amazing work flipping narratives, demonizing patriots, and generally gaslighting the public. The people who contributed to the whistleblower report are no doubt longstanding, competent civil servants, who've worked for Democratic and Republican presidents alike. Some may have started in the Clinton or Bush years and thus have clearly spent at least long stretches of time subordinating their political preferences in service to the United States.

My second reaction is, if anything, the state isn't deep enough. Decades of marginalizing civil servants through privatization initiatives and now several years of President Trump attacking, pressuring, and reassigning highly competent officials in such offices as the State Department, the Department of Interior, and the EPA have created a bit of a brain drain and certainly a morale problem. Recall how the White House pressured NOAA to back the President's inaccurate claim that Alabama was indeed in the hurricane Dorian danger zone. That's nothing compared to the systematic efforts to, among other things, quash work on climate change.

ZW: We have seen multiple examples of government workers dealing with Trump in different ways. They have refused to follow his orders, as Sally Yates did before she was fired. They have resigned from his administration, as James Mattis did, over military policy. They have argued that influencing him from within is better, as anonymous did. Now we have a whistleblower. What is the proper course of action for a worker who disagrees with his or her President?

JM: I actually ask a version of this question to my law students (and hasten to add that I began asking that question years ago under President Obama!). There is no single answer to that question, and the diversity of options is a strength of our constitutional system -- and a testament to lawmakers who recognized there are many ways to speak truth to power.

Imagine if this whistleblower quit. I think it is fair to presume few would have ever noticed -- and none of us would be in any position to guess what alleged wrongdoing drove him or her to leave government. Imagine if this whistleblower penned an anonymous op-ed. There would be no one to the Intelligence Community Inspector General to affirm the grievance as credible. There is furthermore no reason to consider the disobediance option.The whistleblower had no statutory or constitutional authority over the conduct of American foreign policy. Accordingly, based on what we know at this date, I think the whistleblower used the most direct and most appropriate avenue available.

ZW: We all learn about the three equal branches of government in the Constitution (executive, legislative and judicial) and how they are, to varying degrees, responsive to voters. The Constitution doesn't say anything about the bureaucracy, but that's the front line of government most people interact with. And the bureaucracy is somewhat insulated from the people because most government workers will report for duty no matter who the President is or what Congress does. How does the modern bureaucracy square with the original vision of a federal government?

JM: If anything, the rise of the bureaucracy is a necessary and rule-of-law-protecting corollary to the rise of the powerful modern President, who has truly awesome sway over economic, social, diplomatic, and military affairs not only in the US but also around the world. (Remember the federal government of Washington, Hamilton, and Jefferson was very much a bit player at home and abroad -- and it was Congress, not the President, they feared might overreach.)

For those worried about bureaucracy, I would encourage them to think of the bureaucracy as an integral part of the new, modern separation of powers, reflective of a reality where Congress has marginalized itself (not just because of dysfunction and partisan gridlock but also because they've spent the better part of a century delegating more and more power to the president). And it is precisely these bureaucrats' distance from politics that gives them the clarity and independence to cry foul if something is deeply awry.

For those who worry about individual bureaucrats, my short answer is that they're more likely to be like you or me than they are to be economic "elites" that populate Congress and, often, occupy the White House.

And for those who worry about the power of groups of bureaucrats, it is important to recognize that the design of our bureaucracy actually makes it hard for employees across agencies to subvert popular will. Most bureaucratic work is siloed (with each agency, or even bureau within an agency, constituting its own silo). Again, something has to be deeply awry before multiple red flags are raised such that there could be even the semblance of coordinated resistance.

ZW: Do you feel like the bureaucracy has generally stood up to Trump? Is there evidence of an actual resistance?

JM: I'm clearly a pretty big believer in bureaucracy but when the history of the Trump presidency is written, the bureaucracy will be shown to have a mixed record. One story is surely about resiliency, professionalism, and restraint. But another story is about enabling. Donald Trump, Mick Mulvaney and Stephen Miller are not policing the detention centers. They're not riding shotgun on immigration raids. For all I know, those government workers who are doing such things are doing everything possible to act justly and humanely. But there's a lot of evidence to at least suggest otherwise. We haven't seen anything like mass resignations or even concerted work slowdowns. This apparent lack of grass-roots bureaucratic resistance does support my claim that the bureaucracy is indeed hard to mobilize in a concerted fashion, but what we're experiencing with respect to family separations, near-across the board denials of asylum, and inhuman conditions of detention strikes me as nothing short of an existential crisis, if not for the soul of our nation then at the very least for the legitimacy and credibility of a prominent federal agency and all who enable it.

ZW: We would not know about Trump's questionable behavior -- trying to use a foreign government against a domestic political rival -- if it weren't for the whistleblower. If Trump faces no consequences, what will that mean for the way the US government functions?

JM: First, I think there is already despair and disillusionment because neither legal nor political checks have done much to restrain or even embarrass a very dangerous presidency. As many have observed, the timing of the Ukraine call -- right after the apparent "end" of the Mueller investigation -- is especially disconcerting.

Second, I do think -- or at least hope -- we'll muddle through and that responsible actors will here and there step up to check the President's worst or most dangerous impulses.

Obviously all bets are off were the President to win reelection, as that would further embolden him to run roughshod over the rule of law (and send many a frustrated civil servant into early retirement).

How Trump has changed the government

ZW: Finally, we're almost three-quarters of the way through a four-year Trump term. Has he permanently changed the US government?

JM: Nothing's permanent, but I think President Trump has said and done many things that damage our commitment to the rule of law, diminish our international standing and security, and hamper our efforts to overcome our vile history of racism, misogyny, and lgbt discrimination. But to stay on topic, I think I would say that Trump has changed the public's relationship with truth and expertise. There have always been conspiracy theories. But he's indulged and endorsed people, organizations, and publications that traffic in flat-out lies and deny scientific facts. And by making government officials party to this mindset -- think about the Justice Department and Attorney General Barr's dismissiveness over the Mueller report and the whistleblower report -- he has now given the rest of us real reason to question the objectivity and authority of government. It's disastrous. Again, nothing's permanent -- but it may well take decades to repair the damage.

National Security and Civil Liberties, Regulation and the Administrative State