The Vacancies Act: A Precedented Tool for Managing Unprecedented Obstruction 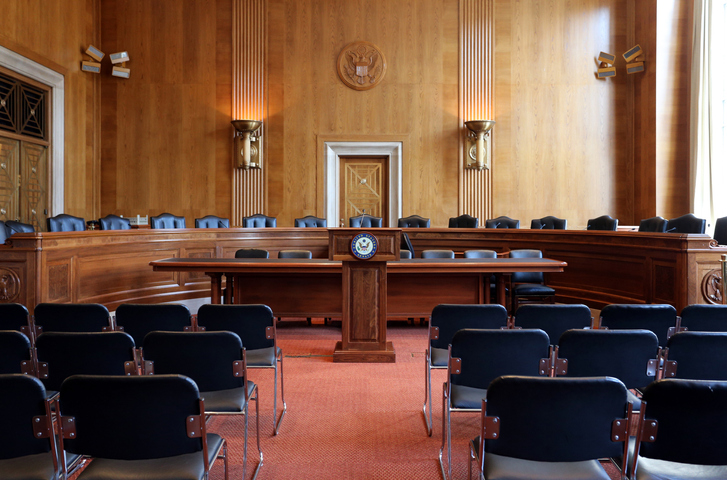 Over the past several weeks, President-elect Joe Biden has begun to name his choices for his Cabinet. Alongside the usual debate over the selections’ merits looms another question: will any of them actually be confirmed? In the past, this was hardly much of a consideration. Barring legal flags like a failure to pay taxes, a presidents’ first batches of cabinet nominees were generally all but assured confirmation. It would seem that that reality is no more.

Republican lawmakers have already expressed an unusual willingness to slow-walk or block the confirmation process for Biden’s Cabinet nominees. If they’re ready to obstruct even high-profile figures, common sense and history suggests that lower level appointees will get even harsher treatment. In light of this reality, Joe Biden will need to be prepared to work around Senate obstruction in order to deliver on his mandate and address our country’s multiple crises. The Federal Vacancies Reform Act, which governs acting appointments to Senate-confirmed positions, will be key to this project.

Executive branch vacancies are nothing new. While seamless handoffs from one Senate-confirmed official to the next would be ideal, the reality is that sometimes officials leave their seats unexpectedly. In those cases, a temporary solution to ensure continuity of operations is required. There have long been laws on the books governing who could fill vacant, Senate-confirmed roles and for how long. The statute has undergone several overhauls but the basic purpose remains the same.

The most recent iteration, the Federal Vacancies Reform Act (FVRA) of 1998, lays out three acceptable avenues to fill a vacant position that is subject to advice and consent. When a position is vacated, the “first assistant” to the office automatically assumes the role. The FVRA  does not define “first assistant,” but some agency statutes and regulations do. In the absence of such designations, the question of who is a position’s first assistant may be the subject of debate. Alternatively, the President can also designate any other person “who has been confirmed to a different advice-and-consent position” or any “senior ‘officer or employee’ of the same executive agency, if that employee served in that agency for at least 90 days during the year preceding the vacancy and is paid at a rate equivalent to at least a GS-15 on the federal pay scale.” In other words, the President has options in the face of vacancies and confirmation delays.

Thus, through careful planning, the President can ensure that an acting official is in office for over 720 days, or two years. Depending on how long the Senate holds the nomination, an acting official could be in the role for even longer.

Officials who are appointed in line with the Vacancies Act’s parameters are empowered to perform all of a position’s functions. This is not to say that a Senate-confirmed official is not ultimately preferable. Acting appointees face several practical barriers such as limited time to build relationships and implement major policy initiatives (although reliance on senior civil servants to serve in an acting capacity avoids some of these pitfalls). Still, it is clearly preferable to have these roles filled than to have governing functions grind to a halt.

It is, therefore, unsurprising that presidents from both parties have relied on the Vacancies Act to govern. And while many have questioned the merits of the current system in terms of good governance, its legal legitimacy is relatively uncontroversial.

As with many things, the Trump administration has put this to the test with slipshod legal work that invites challenge. But the trouble it has faced with the statute should be viewed as an exception, not the rule. So long as the Biden administration shows appropriate attention to detail, the Vacancies Act will serve as a powerful means to act in the face of Senate intransigence.

With control of the Senate still up in the air, we do not yet know how much power Senate Republicans will have to slow and stop nominations. But those lawmakers are leaving little doubt that, if empowered, their obstruction will be severe. Some have committed to confirming nominees who are in the “mainstream,” a rather imprecise category that may turn out to be more exclusive than some might imagine. Others have laid out an even more unattainable standard, suggesting that Biden’s nominees should not be too “partisan.” Still others are not being so coy; John Cornyn indicated that he would not support Biden’s nominee for the Office of Management and Budget, Neera Tanden, because of tweets that have been critical of Republican lawmakers.

Thanks to the Vacancies Act, this unprecedented, bad faith opposition need not mean that Biden does not have an OMB Director or, indeed, a Cabinet. To have any hope of fulfilling his mandate and thus earning voters’ trust in future elections (for his own bid or others’), Biden should not hesitate to use this well-trod legal pathway expansively.

Over 230 years’ worth of statutes -- from the Sherman Antitrust Act of 1890 and the 1964 Civil Rights Act to 2010’s Dodd Frank and many more -- will give Biden and his eventual appointees many tools to respond to the present crises. With these tools Biden’s team can even begin the long project of more fundamentally restructuring institutions to serve the public interest. And by acting now, Biden can give voters a reason to go to the polls in 2022 to expand his congressional mandate and, thus, the breadth of possible action.

The volume, scope, and vision of the Biden administration’s actions will depend on the people Biden picks to carry them out. Most immediately, the country cannot tolerate delays getting people in place at -- to name just a few -- the Department of Defense, Health and Human Services, and Labor to invoke the Defense Production Act, oversee the finalization and distribution of the vaccine, and finally put in place and enforce workplace protections for frontline workers. Biden ran on a promise to lift the country out of this public health crisis. With Senate delays for Cabinet appointees all but certain, he’ll need the Vacancies Act (in conjunction with other legal tools) to make it happen.