The U.S. Rejoins the Paris Agreement: Symbolism or Success? 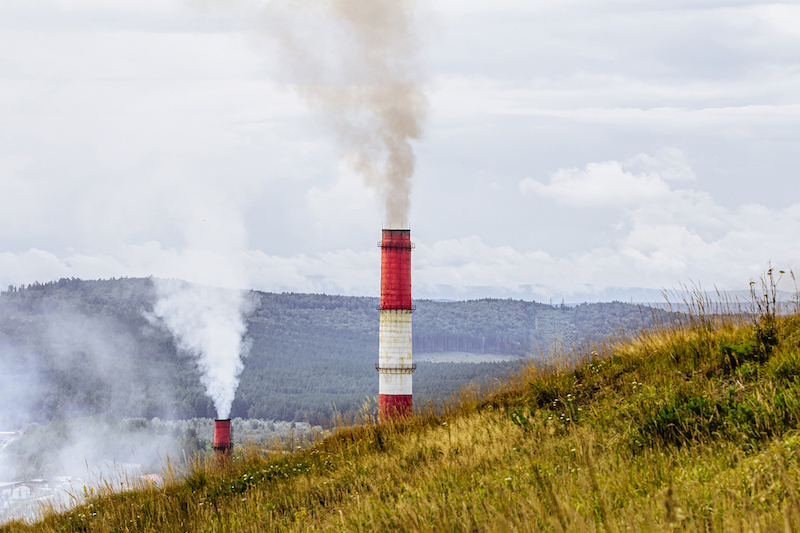 On Inauguration Day, one of President Biden’s first acts was signing an order enabling the United States to re-join the Paris Agreement on climate change. With the stroke of a pen, President Biden signaled to the international community that after four years of isolationism under former President Trump, the U.S. was ready to reassume its global leadership role.

The United States’ re-entry into the Paris Agreement is not just symbolically important. In fact, it is critical to the treaty’s success and to the global community’s ability to mitigate the disastrous effects of climate change. Turn on the news on any given day and you can see the catastrophic consequences of extreme weather, such as floods, droughts, severe heat, or most recently, Arctic temperatures in southern states. Climate change also has disproportionate impacts on vulnerable and marginalized communities, raising environmental justice concerns.

U.S. leadership on global climate change is crucial because the Paris Agreement is structured around voluntary targets and peer pressure.  Each country sets its own goals, which are called “Nationally Determined Contributions” (NDCs). Thus, when President Trump railed against the “unfair economic burden” of the Paris Agreement, he was actually criticizing the targets set by the Obama administration. When he complained that the Agreement unfairly gave China an advantage, what he really meant was that China’s voluntary targets were less ambitious than those of the U.S.  In fact, President Trump arguably could have kept the U.S. in the Paris Agreement but submitted a less stringent NDC that was more in line with the goals of China.

The Paris Agreement operates on peer pressure because the only internationally mandated rules relate to the disclosure and monitoring of the voluntary national targets. The parties hoped that a transparent system for accountability would motivate nations to “ratchet up” the ambition of their goals. By withdrawing, Trump dis-incentivized ambitious climate targets and created a leadership vacuum that other nations tried to fill.

For those familiar with the history of international climate policy, the U.S. withdrawal from the Paris Agreement felt like déjà-vu. Two decades earlier, the failure of the U.S. to join the Kyoto Protocol to the U.N. Framework Convention on Climate Change, an international treaty intended to reduce global greenhouse gas emissions, had disastrous consequences. Without U.S. leadership, it took much longer for the treaty to enter into force. The absence of U.S. participation also encouraged defection from the Kyoto Protocol’s targets.

President Biden has sought to turn the tide by making climate change a priority for his administration. He issued several important executive orders, including on Tackling the Climate Crisis at Home and Abroad and on Protecting Public Health and the Environment and Restoring Science to Tackle the Climate Crisis. These orders highlight that climate change is a multi-faceted issue with national security, economic, public health, ecological, and environmental justice dimensions. In addition, President Biden has appointed former U.S. Secretary of State and U.S. Senator, John Kerry, as the Special Presidential Envoy on Climate, making it a cabinet-level position on the National Security Council.  On Earth Day this year, April 22, President Biden will also host a Leader’s Climate Summit.

The U.S. must now lead by example and submit an ambitious new Nationally Determined Contribution under the Paris Agreement.  Unfortunately, the widespread rollback of environmental policies by the Trump administration means that this will not be easy. President Trump undermined just about every initiative that the Obama administration relied upon in its initial Nationally Determined Contribution. These included rollbacks on clean power, vehicle fuel efficiency, energy efficiency for appliances and buildings, and on methane emissions. The Obama administration also hoped to curb highly potent greenhouse gases known as hydrofluorocarbons (HFCs), but the D.C. Circuit, in an opinion written by now-Justice Kavanaugh, limited the EPA’s ability to do that. In rare good news, however, Congress adopted a phase-down of HFCs as part of its 2020 year-end omnibus bill.

The Biden administration can also build on the efforts of states and cities that sought to fill the global leadership void on climate change in the Trump-era. Many blue states played a key role in slowing down Trump’s deregulatory bonanza through litigation filed by state Attorneys General, which often pointed out procedural and administrative law missteps. In addition, many states and cities pledged to uphold the Paris Agreement, thereby acting as subnational “norm sustainers” of international environmental law. For example, when a bi-partisan coalition of states called the U.S. Climate Alliance pledged to benchmark their own progress on the U.S. targets under the Paris Agreement, they signaled to other nations that a significant portion of the United States was still committed to the climate treaty’s goals.

The Trump administration sought to stifle these state-led global efforts. For example, in the fall of 2019, the Trump administration sued California over its linked cap-and-trade program with Quebec. The federal government alleged that the cross-border agreement was an unconstitutional treaty or compact, and that it was preempted by federal action, including by Trump’s withdrawal from the Paris Agreement. In its pleadings and briefs, the Trump administration also raised concerns about a host of other state activities on global climate change, including the creation of the U.S. Climate Alliance and statements by state leaders pledging to uphold the Paris Agreement.  Nonetheless, the district court ultimately upheld the constitutionality of California’s cap-and-trade program with Quebec. This litigation underscored Trump’s desire to squelch any and all state efforts on global climate change.

But, what goes around, comes around. As the Biden administration looks to implement its own ambitious environmental goals, it will no doubt face challenges from red states. Indeed, Obama’s signature Clean Power Plan was immediately challenged in court. It was left in legal limbo until it was eventually repealed and replaced by Trump’s Affordable Clean Energy rule. That rule, however, did not stand up in court. On January 19, 2021, the U.S. Court of Appeals for the D.C. Circuit vacated the Affordable Clean Energy rule on the grounds that it “hinged on a fundamental misconstruction” of the Clean Air Act. The court did not expressly re-instate the Clean Power Plan but instead remanded to the Environmental Protection Agency for further proceedings.

If there is one lesson that we can learn from the past two decades, it is that the executive branch cannot go it alone on climate change. President Biden needs to prioritize working with Congress to pass comprehensive climate legislation. Agency action premised on existing statutory authority, like the Clean Air Act, will almost certainly be subject to greater legal challenge. Moreover, as the federal courts have become increasingly conservative, judges may be more skeptical of agency deference on environmental issues. The last serious effort at passing comprehensive climate legislation in 2010 failed. Special Presidential Envoy for Climate John Kerry was a key member of that Senate coalition and should understand this first-hand.  The time to act on climate legislation is now.

It is not yet clear whether the United States’ re-entry into the Paris Agreement on climate change on February 19, 2021 will be remembered as a mere symbol of our country’s renewed aspirations of global leadership or as a moment when we began to make real progress in addressing the climate crisis. As Robert Putnam’s famous two-level game theory posits, domestic politics and international relations are often inextricably entangled, such that leaders must “strive to reconcile domestic and international imperatives simultaneously.” In other words, the U.S. will only be able to catalyze meaningful global action on climate change if it leads by example and reduces domestic greenhouse gas emissions here at home. If the climate crisis has taught us anything, it is that we are all connected.