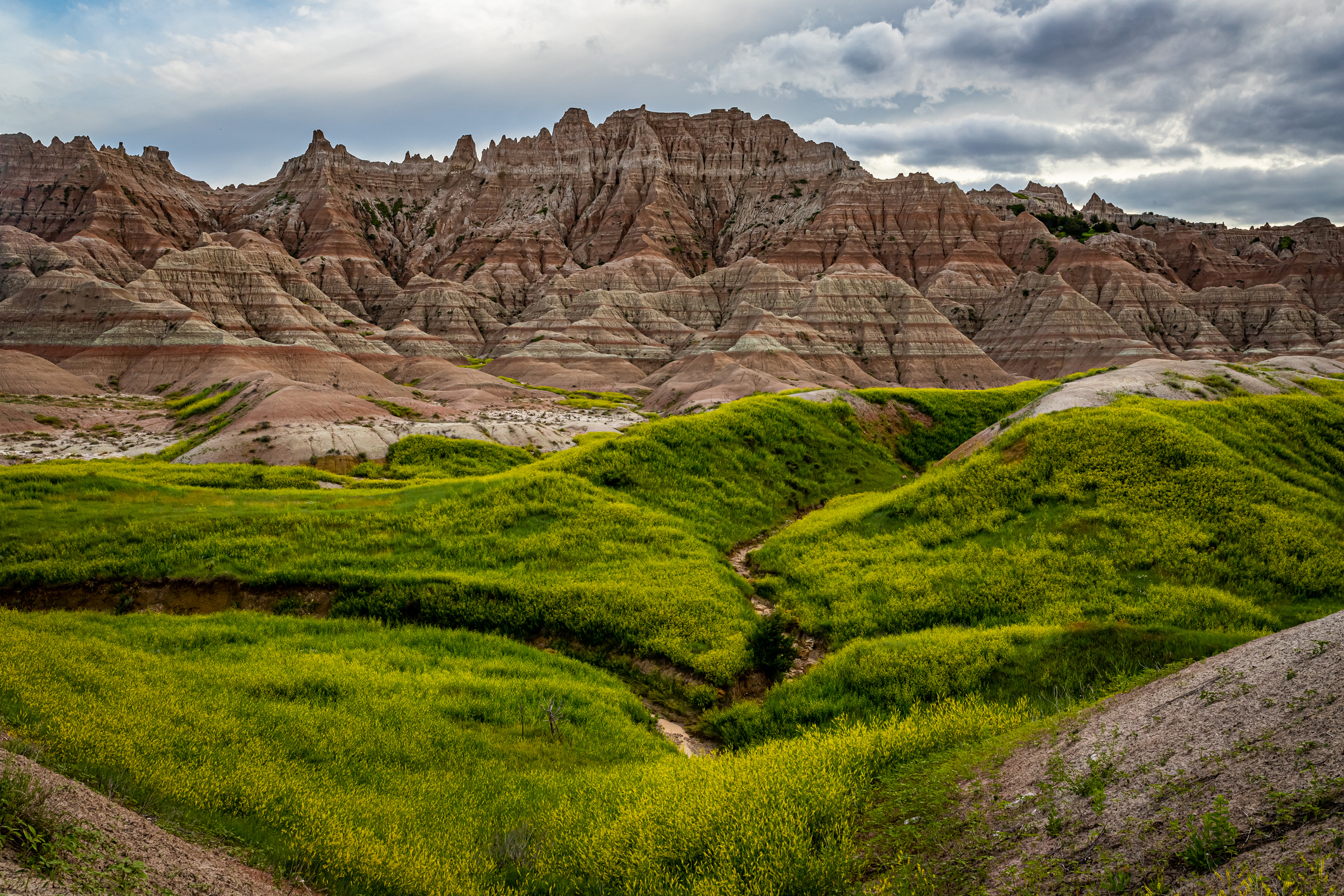 The story of COVID19-induced roadblocks and an ensuing spat between South Dakota Governor Kristi Noem and Cheyenne River Sioux Tribe (CRST) Chairman Harold Frazier illustrates the full arc of America’s story of immigrant settlement, colonization, and conquest of America’s indigenous peoples by all those not indigenous to America.

When you look up the word ‘sovereignty’ in the dictionary, it doesn’t have a separate entry for tribes.  Like any, the starting point for tribal sovereignty must be the three generally accepted international precepts of sovereignty: territorial integrity, distinct peoples, and recognition of that sovereignty by other sovereigns that actually matter.  Originally with all tribes, and continuing today with a few tribes, the territory and peoples were so distinct and intact that together we could discern a recognized indigenous polity and refer to their peoples as “tribe citizens”.

From there, the easy thing to say is – like any fly by night payday lending business worth its weight in snake oil would say to a tribe today – “you tribes are sovereign and can do whatever you want.”  Alas, would that be true.

Of course, my message to non-Natives about how things should be would sound like eerily similar snake oil.  But as a tribal member and sometimes tribal citizen, as a descendant of a bloodline of hereditary leaders, and especially as a twice-elected former chief executive of a federally recognized Native Nation, my messages are always conflicted, torn between indigenous and non-indigenous audiences, with divergent messaging.  So too this blog post.

While early SCOTUS opinions recognized tribes’ territorial integrity, bilateral treaties with tribes quickly began the slippery slope of territorial permutations, usually in the form of a promise by the US to prosecute “bad men among the whites.”  Incidentally, those treaties generally do not say a tribe cannot also bring bad whites to justice; they simply promised the US would do so if asked.  However, due to then Justice Rehnquist’s belief in (place tongue firmly in cheek) a restricted federal government, judicial restraint, and strict textual construction, that old treaty provision has come to play an outsized role today.

When you look for the word treaty in the constitution, you won’t find a separate provision applicable only to the Indian tribes.  Treaties – all treaties to which the US is a party – are the Supreme Law of the Land.  After the treaty-making period with Native Nations ended in 1871, Congress made two deep unilateral incursions into both the territorial and popular sovereignty of tribes.  First, Congress enacted the Indian Major Crimes Act, asserting federal jurisdiction over certain major crimes committed by tribe citizens.  Second, Congress enacted the Dawes Act or General Allotment Act, dividing many tribes’ territories, including the CRST, in severalty, separate parcels of private real property, and declaring any remainder as “surplus” open for homesteading.  Of course, every American State is also subdivided in severalty, and yet their respective territorial boundaries remain intact.  Not so with Indian tribes.

Fast forward, and we have people who are not citizens of the CRST who either reside inside the tribe’s reservation territory or who simply pass through, raising thorny and faux-thorny jurisdictional issues.  In 1978, SCOTUS, speaking through then Justice Rehnquist, issued Oliphant v Suquamish Tribe, holding that tribes, by virtue of their “dependent status” – not due to a treaty, not even attributable to some conquistadorish federal statute – somehow lost sovereignty by virtue of their “dependent status”, whatever that is, and no longer possess criminal jurisdiction over persons who are not “members” of a tribe (at least those non-Natives who reside within their territories but who cannot participate in their government – but that’s another blog post).  Rather, the federal government, or perhaps even the surrounding State in cases of ‘victimless” crimes, would have criminal jurisdiction within a tribe’s territory.

Then, in 1981, in Montana v U.S., SCOTUS extended Oliphant to the regulatory context, but this time with two broad exceptions: while tribes do not have full sovereignty, a tribe may assert regulatory jurisdiction over 1) any person in a consensual relationship with the tribe or its citizens; and 2) any activity that affected the health, safety, and political integrity of the tribe (if those two exceptions sound familiar, that’s because they are shorthand for the two shields of sovereignty and jurisdiction that protect States in our federal system (but that too is another blog post).  At least the divergent approaches between criminal and regulatory jurisdiction makes some sense because of the different levels of substantive rights and due process at issue: life and liberty in the criminal context, less so in the regulatory context.  Then, in 1997, in Strate v. A-1 Contractors, SCOTUS, speaking through Justice Ginsburg, confirmed that tribes possess inherent regulatory powers over all persons or conduct that threatens or has some direct effect on the health or welfare of the tribe, including upon the state highway at issue in that case – mirroring the issue in the current standoff between South Dakota and CRST.

So, yes, despite impending death by a thousand cuts, some measure of tribal sovereignty and jurisdiction withstands the threat by South Dakota’s governor.  The Cheyenne River Sioux Tribe can place regulatory roadblocks to the entrances of its territory to protect the health and welfare of its people.  But what if a roadblock causes an accident or if the coronavirus is negligently transmitted … which sovereign will have jurisdiction?  Whose law will apply?  Would enforcement of a judicial order be an issue?  Unfortunately, in Strate, Justice Ginsburg also made one of the biggest juridical gaffes of her career, reasoning that the tribe lacked jurisdiction over civil causes of action – the car accident at issue – because the tribe or the federal government failed expressly to reserve civil jurisdiction in the instrument granting an easement to the State for the State highway.  Now, perhaps public sovereigns like states and tribes shouldn’t be interacting with tools of private property, such as easements.  But did she really think granting an easement is tantamount to granting territory and jurisdiction?  Wouldn’t it be fun for us to research our own property’s chain of title to see if our respective State expressly reserved jurisdiction over it….

And then there’s the separate question – why is it always the tribe’s sovereignty and jurisdiction in question?  From whence comes the South Dakota Governor’s authority?  I’m thinking South Dakota’s Constitution does not say “The Governor shall have the authority to govern outside the State’s territory as long as the governed are Indians.”  Or “The Governor shall have the authority keep any Indian tribe from protecting the health and safety of its members.”  If it did have some such a silly provision, how would that square with the revolutionary idea of “government by the governed”?  Perhaps I shouldn’t use the word “authority” at all; perhaps I should just say said good old-fashioned “power”.

Well, well, well.  A quick perusal of the South Dakota Constitution turns up this provision: “Second. That we, the people inhabiting the state of South Dakota, do agree and declare that we forever disclaim all right and title to the unappropriated public lands lying within the boundary of South Dakota, and to all lands lying within said limits owned or held by any Indian or Indian tribes;” (emphasis unnecessarily added)  In my adopted state of Wisconsin, the Legislature  challenged the Governor’s power to issue emergency orders to protect the health and safety of its citizens; I have a sneaking suspicion the South Dakota legislature won’t be challenging South Dakota’s governor for this particular infringement of the rights of CRST.

So, why do State governors like Noems, blithely assume they govern Indian Country and all its occupants?  First, because the General Allotment Act has resulted in her non-Native citizens residing and owning substantial amounts of property in that territory.  More complexly, that Act has resulted in States governing private property owned by Natives themselves – even within Native reservations.  Second, Governor Noem assumes governance over Indian Country because 1) Native Nations (with rare exception) simply refuse to govern private property in their territories, even property belonging to their own citizens, and 2) because citizens of Native Nations, often with the support of Native leaders, file lawsuits arguing that they are citizens of her state and can vote in her state’s elections!

So, of course she thinks she governs them and their territory; they are her citizens, after all.  Their reservation is surrounded by the State and its private property is governed by the State.  Applying the Ginsburg test, the tribe and Bureau of Indian Affairs likely failed to reserve jurisdiction over such property.  And if she governs the two cornerstone prongs of sovereignty, with the tribe’s acquiescence or even consent, who is the real sovereignty there – South Dakota or the Cheyenne River Sioux Tribe?  So, the more important question might be not why state governors assume they govern, but why do tribes themselves abide State governance – seemingly condoning it?  Is it self-victimization borne of conquest and colonization and settlement?  Is it a failure to act and react positively with their own cultural worldviews?  A measure of both?

A Message for My Fellow Natives

Now for a message directed to Indigenous peoples and their leaders:  Claiming to have sovereign territory while allowing another sovereign to govern property in that territory hardly meets the ‘territorial integrity’ prong of sovereignty.   Claiming to be distinct peoples while facilitating citizenship of those same peoples in the neighboring or surrounding state hardly meets the ‘distinct peoples’ prong of sovereignty.  In short, one of the main reasons our territory is being dismantled is because we refuse to govern property within it.  The other main reason is that we blur any distinction between the political identity of our peoples and their peoples.  For starters, we don’t seem even to understand what distinct means.  Distinct in cheekbones?  Distinct from Latvians?  Distinct from other tribes?  No -- distinct means the collective identity of our peoples – their cultures and social norms and values – are discernibly different from those neighboring and surrounding sovereignties and their peoples.  You don’t get there by having your peoples assume the civic identity – the citizenship – of surrounding or neighboring sovereigns by voting in their elections and living by their laws – especially their property laws.

If certain people get their way how many of you think the new federal constitution will recognize the sovereignty of Indian tribes?  For that matter, if such a convention entirely dissolved the Union, raise your hand if you think South Dakota will then recognize a separately sovereign Cheyenne River Sioux Tribe in its borders?  The time to maintain a separate territory and peoples is now.

In the end, the good Governor from the great state of South Dakota may come to understand and respect our sovereignty.  I mean, after all, we are not building a wall, which surely the good Governor would then have grounds to oppose.  I mean, who wants to be kept out of such a great place filled with abundance and opportunity?